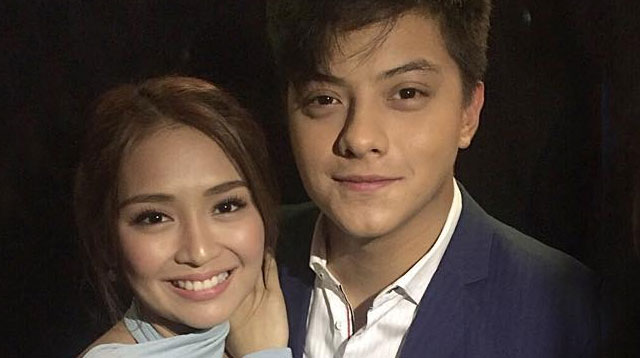 Daniel Padilla only had the sweetest words to say about Kathryn Bernardo on their recent interview that it’s hard not to assume that the two are so OBVIOUSLY in love!

Although the Kapamilya star never explicitly admitted the real score between him and his leading lady, Daniel revealed on Tonight With Boy Abunda that whatever they have now is the happiest stage both of them have ever been in. (Translation: they’re SO definitely on!)


DJ claims that his happiness stems from the maturity they've reached along the way. He then tells host Boy Abunda that he doesn’t want his love team with Kath to be broken up anytime soon.

Kath, who sat next to Daniel the whole time, agreed with him that they’re both continuing to discover each other even more now. And yes, that the happiness they share is JUST. SO. MUCH.

IDK what else that means but that you two are so all over each other! Too cute, you guys!