David Beckham At The Royal Wedding Is PERFECTION 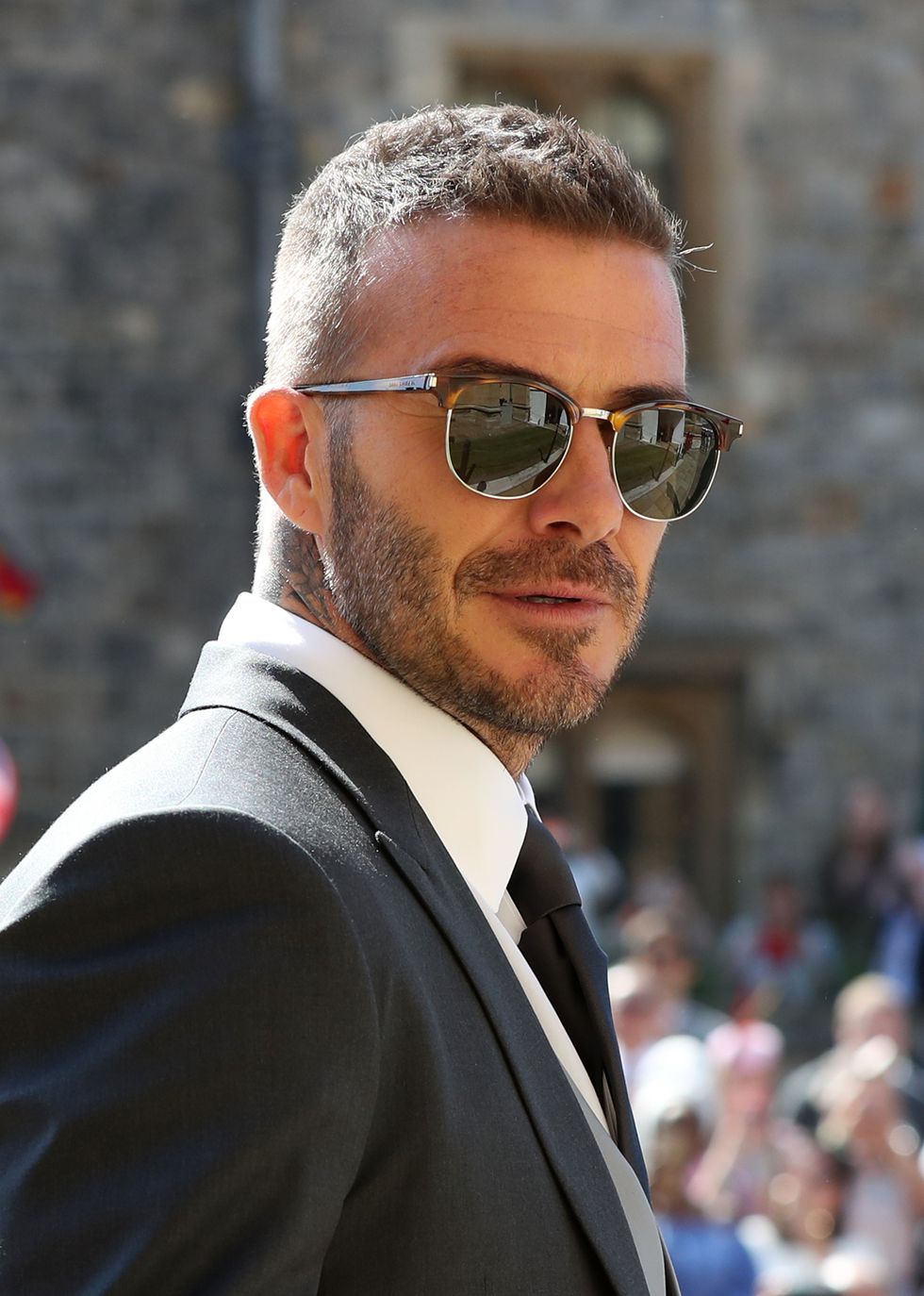 David and Victoria Beckham looked AMAZING at the Royal Wedding—no surprise there!

David is wearing navy and gray suit, with a little bling along the vest. And he is looking like a SNACK. 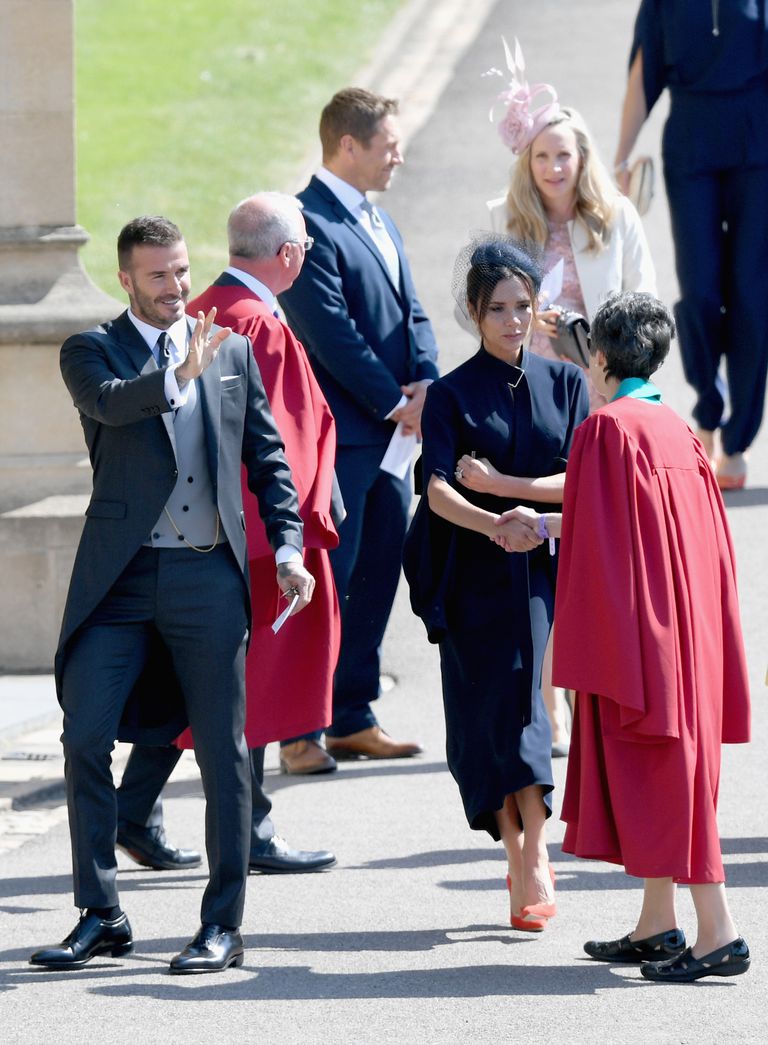 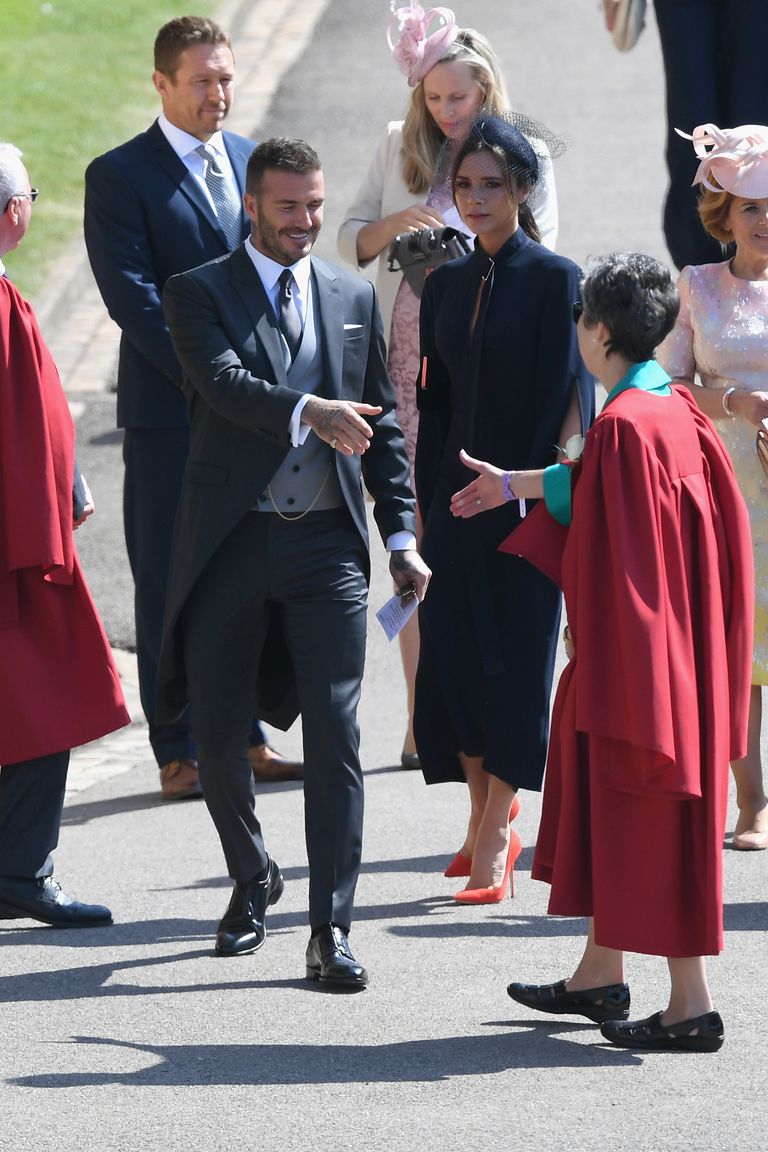 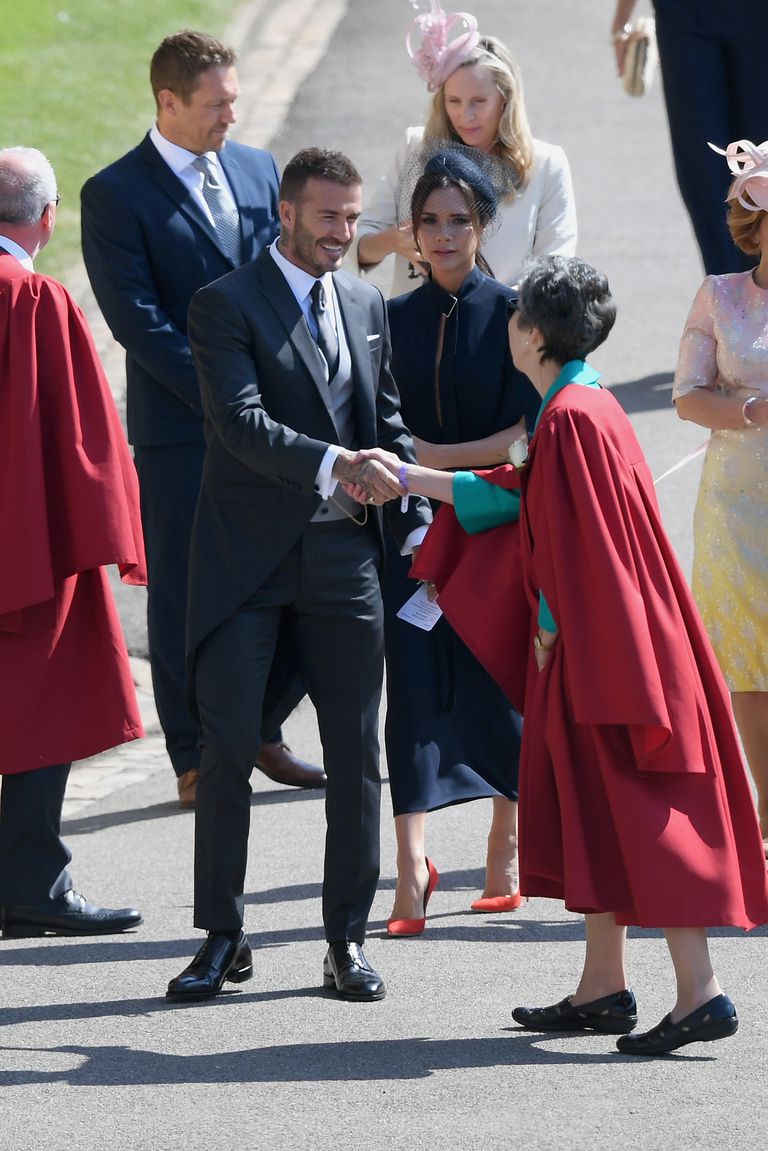 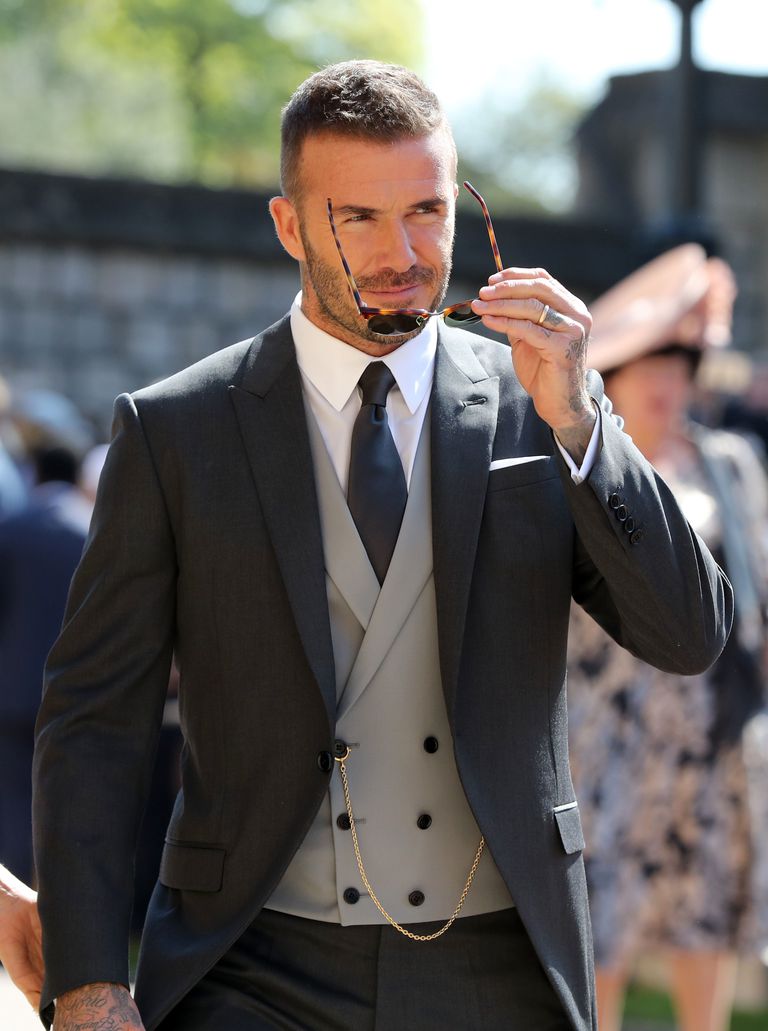 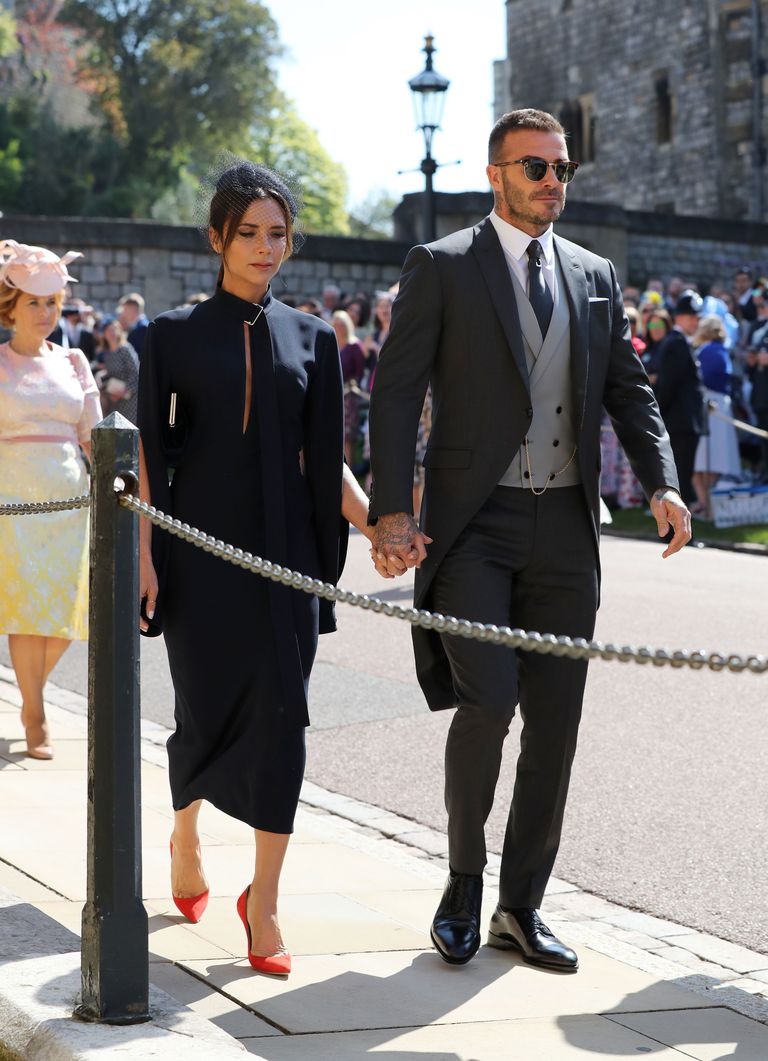 Victoria is wearing a navy dress with a navy cape, a fascinator, and pair of orange shoes.

It was long rumored that the Spice Girls would be performing at the reception. And although it's now been confirmed that Elton John will actually do that, Mel B did confirm in an interview that she'd be attending the wedding with all four of her bandmates: “I’m not sure if I should have said that!”

Too late, Mel B! So Victoria Beckham is officially the first of the Spice Girls to arrive. Mel B, Melanie C, Emma Bunton, and Geri Halliwell will all be attending the ceremony and have yet to arrive.