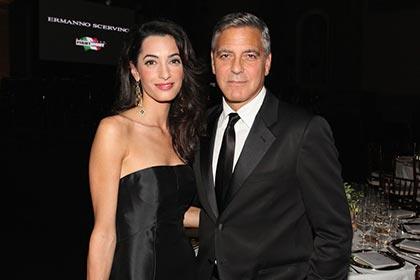 Even the eternally smooth Mr Clooney managed to eff up his proposal to human rights lawyer Amal.

George had his playlist of romantic songs ready as he prepared to propose, but domestic duties suddenly called.

"I've got it all set up, timed out and the song is coming and she gets up to go wash the dishes, which she's never done," the actor recalled to Ellen Degeneres on her chat show.

"And I'm like, 'What are you doing?' and she comes back in. And finally I said, 'Ya know, I blew out the candle,' and I said, 'I think the lighter's in the box behind you.'

"And she reaches around and she pulls out the box and I've got just the ring sitting in there and she pulls it out and she looks at it and she's like, 'it's a ring'—like as if somebody had left it there some other time."

Amal finally got the hint when George got down on one knee, but the proposal took almost half an hour.

"We now know because there was a playlist so we know how long it actually took, and it's like 25 minutes," he said about getting a response from his now-wife.

"And finally I literally said, 'Look, I hope the answer is yes but I need an answer because I'm 52 and I could throw out my hip pretty soon if I don't get an answer.'"

Who says romance is dead, eh? 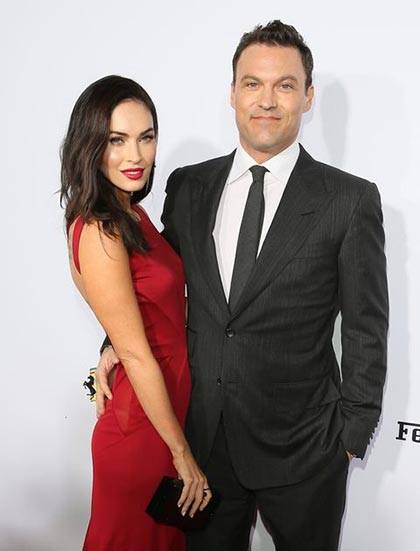 A Hawaiian beach was the beautiful backdrop to Brian's romantic proposal in 2010. But so excited was Megan, that just after saying "yes!" the actress dropped the 2-carat diamond engagement ring into the sand.

Despite a lengthy search by frantic hotel staff, the diamond was sadly never recovered, Us Magazine reported at the time.

The couple may have had an unlucky start, but they're still going strong, with Megan recently thanking the actor for their sons' DNA. 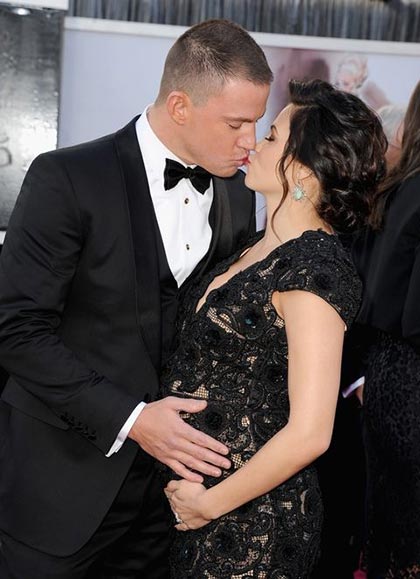 Channing only had the best intentions when he pretended to Jenna that he didn't believe in the institution of marriage and wasn't interested in ever tying the knot.

Wait, hear him out.

"When I proposed to my wife I did something pretty cruel because I thought she was on to me," Channing confessed to Nick Grimshaw on BBC Radio 1. "I basically told her I never wanted to get married to try to throw her off.

"I told her, 'I don't believe in the institution of marriage and I don't think I ever want to get married.' She basically broke down crying. I thought, 'This is not going well at all' so I had to propose to her sooner rather than later."

However, he made up for his mean prank when he eventually popped the question in Maui, Hawaii, and invited Jenna's closest friends along for the surprise.

All is forgiven, Channing.

4. Jada Pinkett Smith and Will Smith 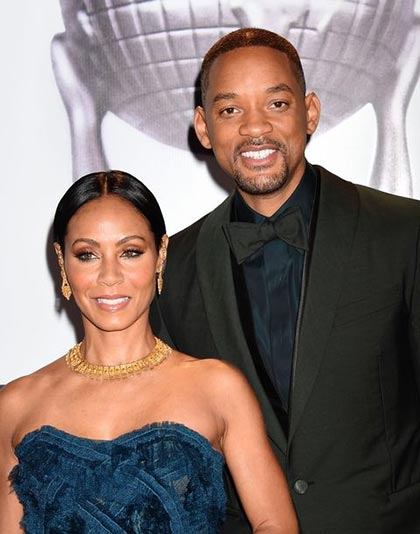 Surely it's every woman's dream to be proposed with a casual "Wassup?!"

If Jada had been hoping for Mariah Carey/Kim K-style proposal, she might have been a little bit disappointed.

Will admitted he spontaneously popped the question one day while they were lazing around in bed.

"We were just lying there, going to sleep," the actor recalled to People.

"I looked over at her, and I said, 'Hey, we might be real good married. Wassup? You wanna marry me?' Unplanned. No ring. Not the classic proposal. She said yes.

"It's really weird when you live the kind of lifestyle that we live: Simplicity becomes the jewel," he added.

And hopefully there was a real jewel eventually. 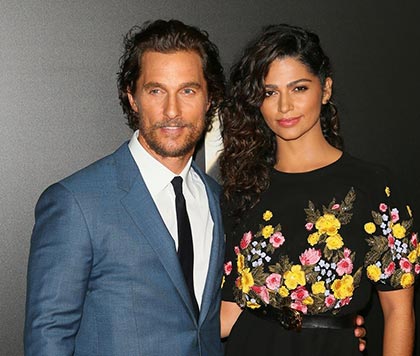 The Oscar-winning actor admitted that model wife Camila didn't exactly say "yes" when he got down on one knee at Christmas in front of the whole family.

He wouldn't reveal what Camila did say, but he added that she did eventually give in.

"At Christmas time, we go around our family and everyone takes turns opening presents," Matthew told The Tonight Show with Jay Leno.

"So I had wrapped the engagement ring in about eight different boxes deep, so she would keep opening boxes to get with it. We finally got to her, and I'm calling my family over.

Although it was awkward at first, Camila "conceded" in the end.

"The first words out of her mouth were not 'yes.' I'm not gonna say what it was. But I did say, 'Look, I'm down on a knee. I'll stay here awhile. I will outlast you.' And I did! She conceded," he added. 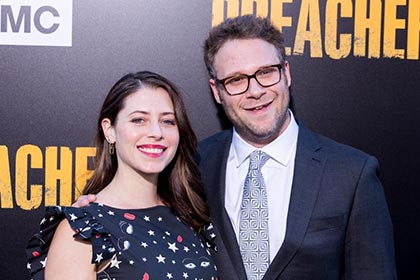 The actor admitted that he was so overcome with nerves, that all his plans went out the window and he opted for impromptu proposal instead.

"I had all these elaborate plans you know and when I got the ring it was so nerve-racking having this ring like literally I felt like someone had given me a truckload of heroin to hold on to," he joked on Conan.

"I was just so nervous when I got it. I couldn't have a conversation with my girlfriend, all I could think was this ring, 'Don't mention Lord of the Rings, don't say anything about a ring,'" he continued.

"So I had all these plans but like the day I got the ring, literally the second I got it, I walked right upstairs to where she was to propose to her.

"But she was in our closet changing and she was literally only in her underwear and her boobs were out. And I had already kind of started, I was like 'Oh man, her boobs are out, that's not part of the plan.

"I figured the only appropriate thing was to place the ring on her nipple."

What a mental image. 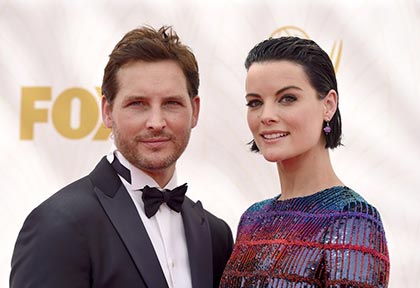 Clouds, the cold, poor visibility—everything that could have gone wrong for the Twilight star as he prepared to pop the question pretty much did.

Peter had planned to propose with a message flying from the back of a plane, but then the weather happened.

"We were at the top of the Empire State Building, I had it planned, she [Jaimie] didn't know,” the actor told People.

"I had binoculars and I looked up and I saw a helicopter, and I looked and couldn't find [the plane] because I was nervous that it had left, and then I gave the binoculars to her and she goes, 'Yeah, it's right there,' and then she read the banner, so it worked out," he added.

He then revealed that he tried to get down on one knee, but his jeans were a bit too tight.

"I had just bought these new jeans and they were a little tight," he added, "so I said, 'My jeans are tight but I'll try to get down on one knee.'"

We're sure we've seen this in a rom-com before.