Apparently Drake Has Been Showering Taylor Swift's Cats With Gifts

He knows the way to this girl's heart is through Meredith Grey and Olivia Benson.
by Anna Lewis | Nov 16, 2016
Post a Comment

So you know how against all odds, Taylor Swift and Drake might actually, genuinely, 100% be going out together? Despite the fact that Rihanna will legitimately kill Taylor (she won't but, ya know...) if it turns out to be true…

Well, according to the Hollywood Life Drake has been showering Taylor's precious cats with gifts to show her how much she means to her.

The 30-year-old went to a pet store to shop a few bits and pieces for Meredith Grey and Olivia Benson, which we assume made Taylor, 26, swoon uncontrollably. 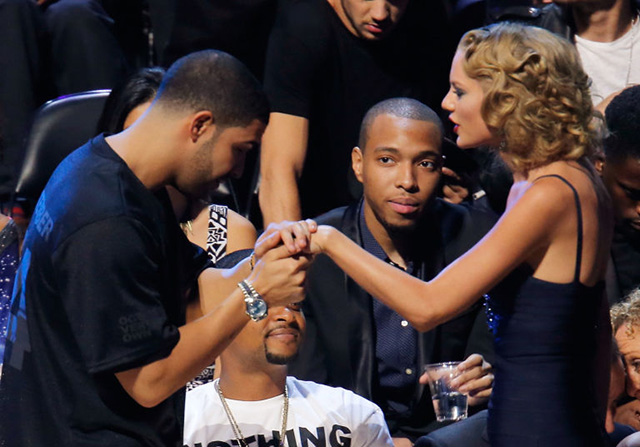 A source said: "Drake knows the way to Taylor's heart and he's going for it in a big way.

"He [went] into a PetCo and went buck-wild on cat accessories for Taylor. He went all out."

And check this out—the "Hotline Bling" star's also got his eye on a designer bag for Taylor to carry the cats around in. LOL.

The source continued: "He's also preparing to send her this sick designer bag that she can put her cats in when she's traveling. It's Drake being Drake and his way of keeping her close to him.

Taylor's getting Drake buying god-knows-what for her cats, and we can't even get a text back…