Ellen Adarna is on a personal journey to become mentally and emotionally stronger.

The actress underwent intensive mental training in Bali, Indonesia early this month, and is still reflecting on the experience.

As she revealed in an Instagram Story a week ago, Ellen got "stuck in this black hole for almost three years."

Her anti-depressants didn't do her "any good" and, in effect, she became "immobile and numb." 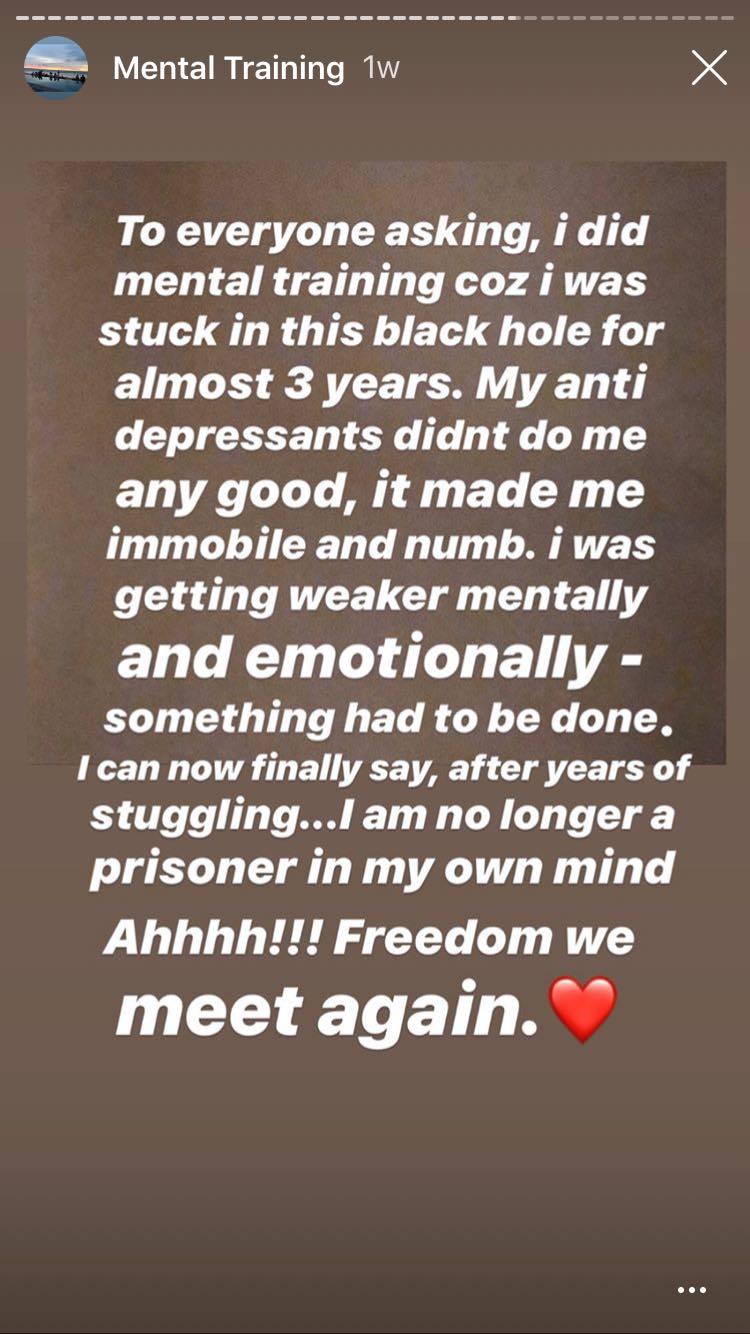 To elaborate on why she participated in the Kokoro Program Bali, Ellen posted the story of Mohammad Harun Ahmadi, an aspiring entrepreneur.

In the video, Harun narrated how mental training helped him recover from his drug addiction and helped him regain self-confidence.

Published as it was written, he began, "Since I was 18, I was addicted to drugs. Cocaine, crack, and all that. I have a lot of dark days behind me.

"In the past two years, I went through three different rehab centers and several other counseling.

"Unfortunately, nobody could help me effectively...

"Until I heard of Kokoro Bali center."

Harun heard of the program from a close family friend and decided to give it a try.

He stayed at the center for two weeks, just like Ellen.

"It's a very, very hard program," he continued in the video.

"But every day, you work hard to get back your self-confidence with your own will and power.

"But at the end of each day, it's a great feeling of achievement."

Ellen clarified in her Instagram caption that the mental training was a program to "shift your mindset and body and identity," so you can fight off the "demons" in your head.

Right now, she is observing the 100-day post-training program.

"This is where the real battle begins," the former Home Sweetie Home cast member wrote in her post.

"I have 93 days left until I finish the whole program, 93 days to make the daily rituals and discipline a natural thing for me (discipline and repetitions)."

Ellen promised to make a video about her experience and subsequent learnings as well. 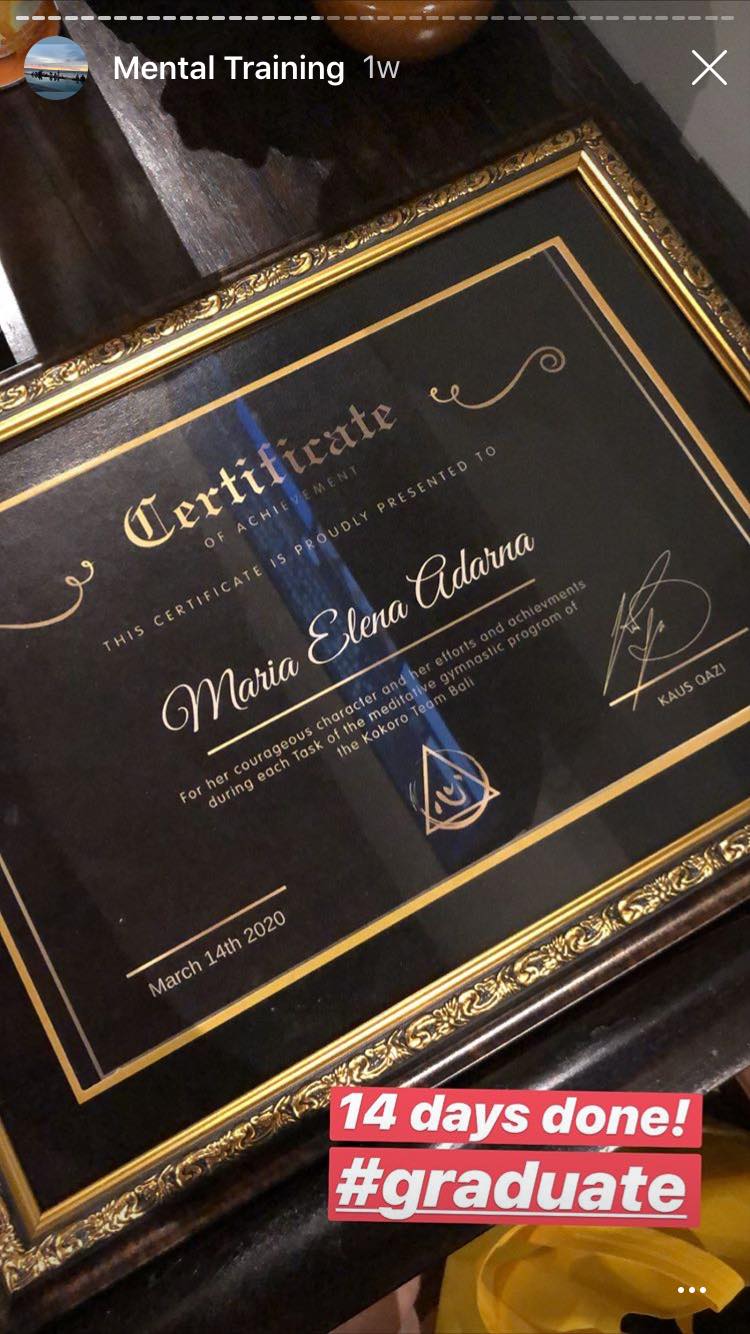 The past three years have been eventful for Ellen.

In 2017, the former ABS-CBN talent had a whirlwind romance with John Lloyd Cruz.

But Ellen and John Lloyd both kept mum about their relationship status.

Talks about their relationship escalated when posts of their Cebu trip in September 2017 became viral.

These posts cast a new light on John Lloyd, whose actions seemed to contradict his carefully cultivated celebrity image.

The actor later apologized for his actions, but had "no regrets."

Ellen and John Lloyd then began to appear more on each other's social media feeds, which created more buzz around their relationship.

In October 2017, John Lloyd announced he would take an indefinite leave from showbiz.

A month later, PEP.ph broke the news that Ellen was pregnant with John Lloyd's child.

By 2018, rumors of a secret wedding followed the couple.

Showbiz fans were also on alert for any news about Ellen's pregnancy and the baby.

But before Ellen gave birth, her family grieved the loss of their patriarch, Alan Modesto Adarna.

Ellen and John Lloyd relished their roles as new parents.

But by mid-2019, the couple faced new rumors saying they had broken up.

Both parties stayed quiet for a while.

Following a social media hiatus, Ellen returned to Instagram in January 2020, and, so far, the celebrity mom has given hints that she is moving on from the past and is starting anew.