In the list of movies to watch during the month of hearts, rom-com flick Elise starring Enchong Dee and Janine Gutierrez stands out. It is inspired by a true story written by its director Joel Ferrer. It revolves around the kind of love—that everyone would agree is never forgotten: first love.

Check out the movie trailer.

Enchong shares how it felt working with Janine during the Grand Press Conference of Elise on January 16, 2018: “I really appreciate when I get to work with people that [have] the same values na iisipin nila na ah magkaibang station siguro iba yung atake nila, iba yung working attitude. But no, Janine is actually very easy and fun to be with, especially off-cam.”

Enchong really enjoyed the working environment in this movie that he shared an appreciation post on his Instagram Stories. 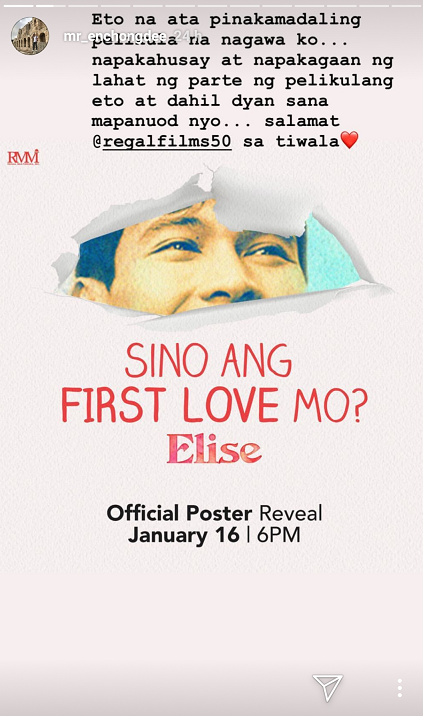 Enchong and Janine first teamed up for the movie Lila, an indie horror film which was an entry to the 2016 Sinag Maynila Film Festival.