Everything You Need To Know About The iPhones 8, 8 Plus, And X

At Apple's annual product launch, senior vice president of worldwide marketing Phil Schiller announced the iPhone 8 and the iPhone 8 Plus after other announcements were made about new Apple TVs and Watches (blah, blah).

The new phones will have glass on both the back and the front. So far, it's being made in silver, space gray, and gold. They'll come with a way-faster processor, the Wall Street Journal reports: one that may help the phone function up to 25 percent faster than its predecessors. 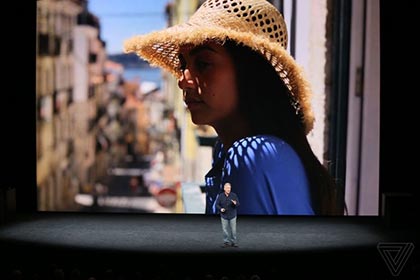 Schiller also announced improvements to the phone's stereo and its camera. Though the iPhone 8 will still feature a single-camera system, the 8 Plus has a dual sensor system. Both versions of the phone feature much better camera specs, including portrait mode and "portrait lighting," which adds light to a subject's face while photographing, as seen above and below. 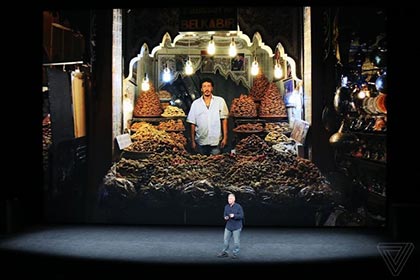 After introducing both the 8 and 8 Plus, Tim Cook and Schiller introduced the Apple X (pronounced the Apple 10), a "super-retina" display made entirely of glass. It comes in around 5.8 inches and has the highest-ever pixel density in an iPhone.

For those concerned about the lack of home button, Schiller assures this is a "big step forward in the iPhone user experience." Now, to go to the home screen, you simply swipe up "to go home." The X will feature "Face ID," a facial recognition system in place of a fingerprint one, which Schiller calls "a big deal." Schiller explains every time you glance at your phone, the phone projects 30,000 invisible IR dots which will then be captured by the camera, like so: 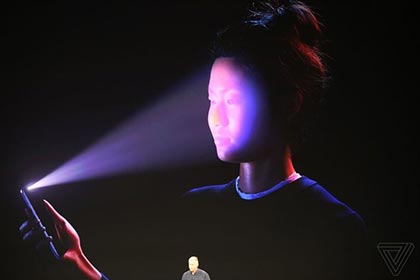 As far as security is concerned, Face ID is much more secure than touch ID. Schiller says one in 50,000 people could unlock your phone using the home button, whereas only one in 1 million people could pass this new system (Exception: "If you happen to have an evil twin, you need to protect your data with a passcode.") 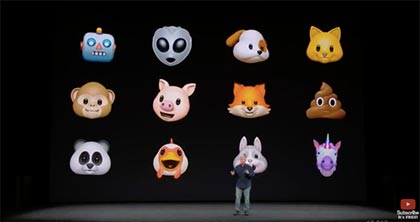 The iPhone X will have a front-facing camera that can do portrait mode and lighting!