14 Things That Made Absolutely No Sense In 'Fifty Shades Darker'

Fifty Shades Darker is truly an experience, even though Kate's brother and Dr. Flynn are missing and José conveniently lives in Seattle and not Portland. The sex scenes are hot, Jamie Dornan does a shirtless plank thing on a pommel horse, and Dakota Johnson delivers a great butt joke. Still, there are some questions that have been on my mind since the fireworks faded to black. Here are my woes:

There's one sweeping sad rain scene when Ana is taking a solo walk after the Leila gun incident (she eventually returns to a sad Christian), but what's with all the sunshine? I'm sorry, the Pacific Northwest in the fall/winter is not as bright as Christian’s smile. How'd they get so lucky with the sun and mostly calm water when they were on The Grace? Does Christian's weather app actually work? Or, is this the film's way of telling everyone that climate change is real? Can Seattle really have more than one consecutive day of sunshine?

It just can't. There’s got to be someone more senior than Ana to take Jack's position after he gets fired for being a major creepo to Ana. In the film (and book), Christian says he has absolutely nothing to do with the promotion, so let's believe him and say HR did a really bad job in selecting newbie Ana. Was that woman from HR even real or was she a ghost?

3. How is Hannah OK with Ana getting promoted?

Ana's been at SIP for what, eight days? Is Hannah, who's been there for way longer, just that nice of a person? She’s got to be tweeting about her jealousy under a cute alias like @SeattleScribe or something.

4. No one knows how to Internet.

5. José's photos of Ana at his gallery opening were obviously not candid.

You cannot be candid and look into the camera while peeking from your cable sweater. Poor José, he can't be with the woman he loves and he can't photograph for shit. 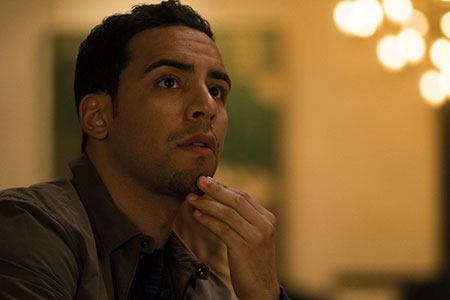 6. Why is José at Christian's birthday party?

7. Also, who the fuck let Jack into the masquerade ball?

I get it, it's a masquerade, everyone is mysterious and concealed. But given the amped up security Christian has with Leila on the loose (with a gun!), wouldn't Jack's presence be detected right away? Related: If Jack just wanted a photo of the Grey family, wouldn't Google be a better option? 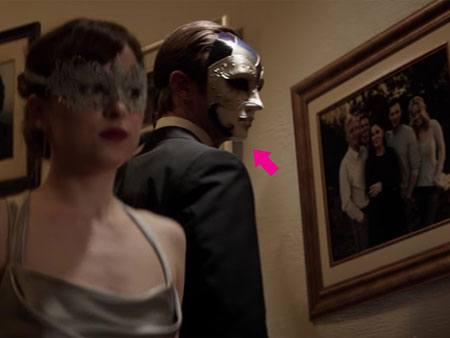 8. Why the hell is Christian buying a publishing company in 2017?

Is it opposite day for Christian every day? Is print actually…alive? (I mean, no, he's trying to show Ana how much he cares but still).


9. How did Leila get in anywhere?

A simple "she still has a key to Escala" or "she used to be a locksmith" or "she still knows the codes" would have solved this mystery. Though, wouldn’t Christian have Taylor change the locks/codes immediately after Leila left Christian TWO YEARS AGO? 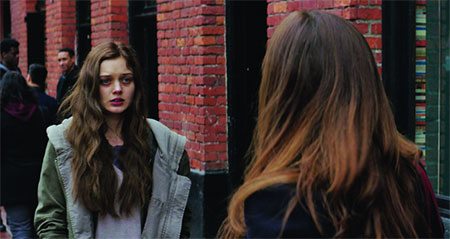 10. Christian's elevator return after his helicopter crash is too good to be true.

Did your fellow Fifty Shades Darker movie date laugh at the sight of a dirty Christian entering his apartment just as the local newscaster announced that he was alive? Did you cackle forever like me? Are you still laughing crying about it? Don't worry, Christian and Jamie were both probably in on the joke. They had to be. Or maybe the film editor really wanted the final cut to be under two hours and wasted no time in wrapping things up. (The film is two minutes shy of two hours).

11. Christian never struck me as a Riddick guy.

UFC, fine. (Recall Mia's revelation that her big bro used to get into a lot of fights). But Riddick? Come on. 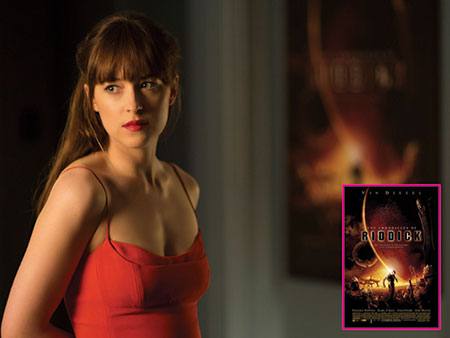 12. What kind of stubborn lipstick did Ana use to draw all over Christian?

Why didn't his lipstick boundary smear on his white shirt when he went to the ball? Why didn't it smear while they were having sex? Is it poison?

Why did Mia pick out a bright green tie for Christian's birthday? I'd like to believe that Mia, a rich person, has had some guidance over the years from stylists and fashion people. She would never choose such an ugly tie, unless she purposely wants to make Christian ugly (which is impossible). 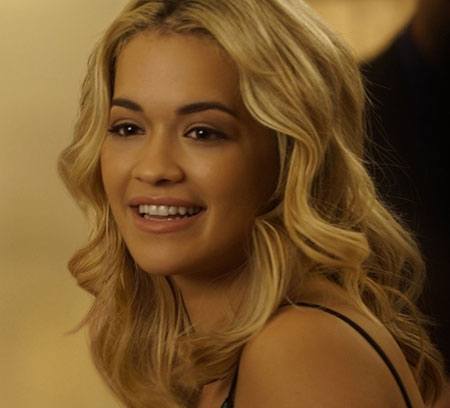 14. Ana never tells her parents about the engagement.

Sure, this could have been done off screen but it's kind of weird for Ana not to be able to share the joy with Ray and Clara.