Raymond Gutierrez, one of Georgina's closest friends, gave his followers a first look at the model's newborn son.

Swaddled in a white cloth, the baby boy is seen cradled in Raymond's arm.

Archie, Georgina and Arthur's firstborn, sits beside them.

Raymond's caption reads, "A peek into my future? [champagne glasses]

Georgina announced in March that she and Arthur were expecting their second baby.

Towards the end of June, the model-entrepreneur revealed that it was a boy.

A few days after the gender reveal, Georgina posted a photo of her applying blush while "going into labor."

On June 30, 2019, Raymond was also the first to break the news that Georgina gave birth to her second son.

On his Instagram Stories, he wrote, "Celebrating my win & a new baby."

Raymond also celebrated his win at AIA-Philam Life's The 100 Run that day. 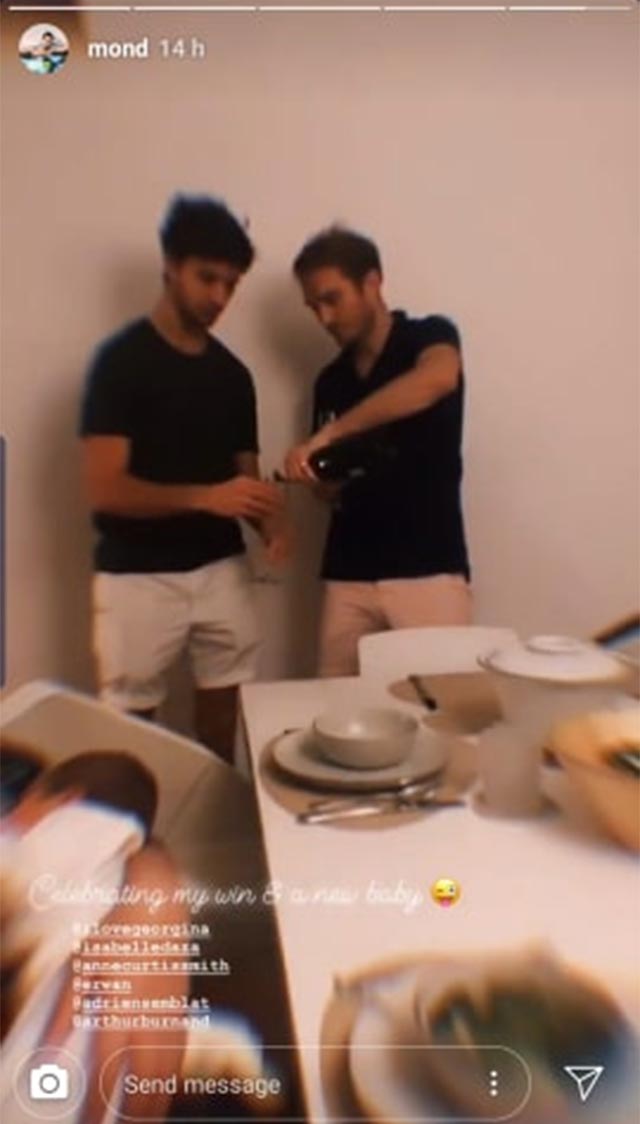