In the caption, Gabbi revealed how far she, Kathryn, and John have come in their showbiz careers. The three stars, who entered the industry when they were kids, are now in their early 20s.

Together with the current photo is a throwback photo from 2003, when they were models for a kiddie apparel.

Kathryn and Gabbi, who were then still little girls, can be spotted in the photo: Gabbi on the far left on the first row and Kathryn on the third row on the far right. 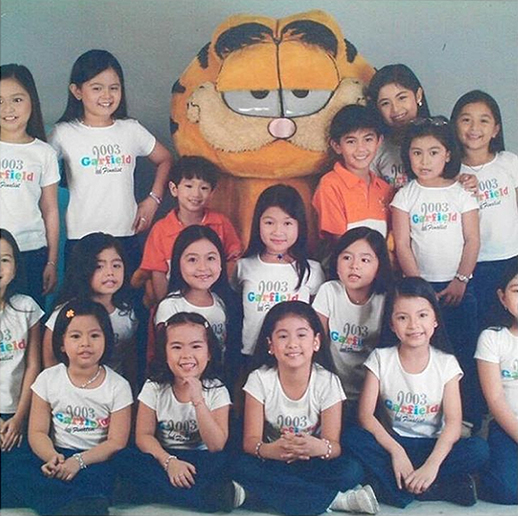 John reacted in the comments section and wrote, "Classic!"

John also posted another shot of the three of them from their reunion and captioned it, "Kayumanggi reprezent."

Kathryn commented and teased John about his signature pose.

John replied and said that he just heeded to their agreement that they imitate their poses when they were kids. 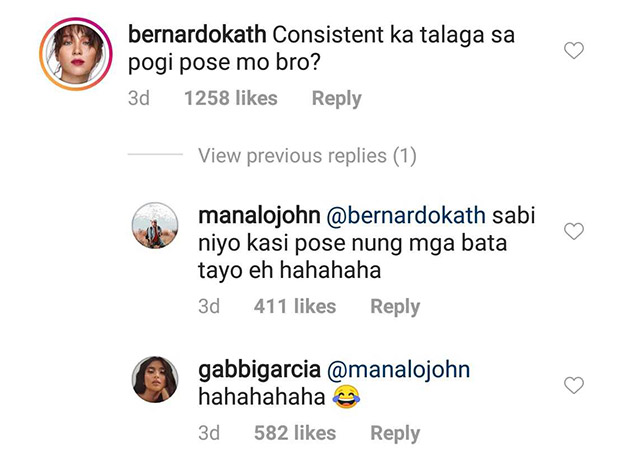 Kathryn is currently one of ABS-CBN's A-list stars, while Gabbi is also making her mark as a successful GMA Network actress and endorser.

Meanwhile, John Manalo still does acting projects once in a while and aspires to become a filmmaker.