The Beginner's Guide To The Many Religions On 'Game Of Thrones'

For a society with so many brothels, these people sure do place a lot of stock in their gods.
by Eliza Thompson | Jul 16, 2017
Post a Comment
Featured

Almost everything on Game of Thrones is complicated—the family trees, the politics, the geography, the languages, etc. You name it, it's harder to understand than whatever's going on this week on say, Riverdale. This extra thorough level of detail extends to the religions in Game of Thrones, which as the show has progressed, have become increasingly important to the story. Season five saw the Faith of the Seven taken to its most fundamentalist extremes, and now, going into season seven, it seems likely that the whole Lord of Light/Prince Who Was Promised thing will come up again.


Below, a handy guide to the most important faiths kept by the people of Westeros and Essos. May the Crone guide you on this journey.

THE FAITH OF THE SEVEN 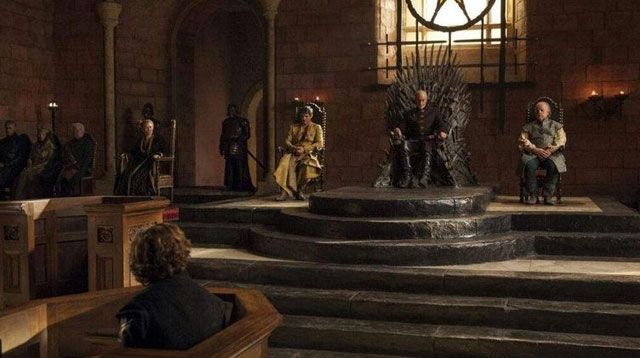 This is the most common religion in Westeros, and it's represented by the seven-pointed star symbol you've likely seen in places such as the throne room of the Red Keep. The faith holds that there's one god with seven faces: The Mother, the Father, the Stranger, the Crone, the Warrior, the Smith, and the Maiden. George R.R. Martin has compared the Faith of the Seven to the Catholic Church in medieval times, when religion and politics were (at least more explicitly) connected than they are now. Like a real religion, it has its own fringe sects and its own corruption scandals.

But as compared to some other Westerosi religions, the Faith remains firmly rooted in the minds of humans—there have been no supernatural occurrences involving the Seven, or any indication that there's some prophecy about to come true. And after Cersei blew up the Great Sept with the High Sparrow inside, it seems likely that septons and septas of the Faith will go back to being lax about standards of morality, that is unless they're trying to die by wildfire explosion.

THE LORD OF LIGHT 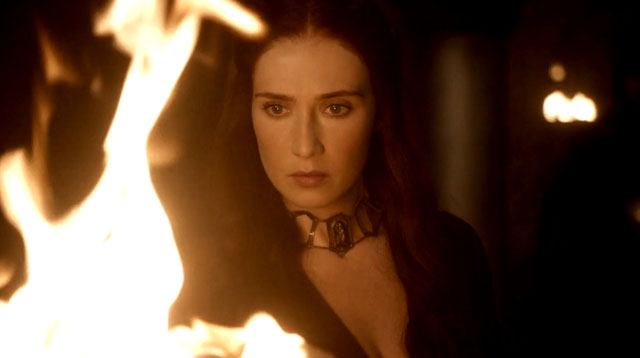 Also known as R'hllor, the Lord of Light is a god worshipped mainly in Essos, but thanks to people like Melisandre and Thoros of Myr, he's gained a little bit of notoriety in Westeros. The Lord of Light is the god of fire, and yes, light, and stands in opposition to the Great Other, a god of darkness and cold—"the night is dark and full of terrors," and all that jazz.

If you're tired of hearing about R’hllor, too bad, because this belief system is almost certainly going to come up again in the last two seasons. Followers of R'hllor believe a great warrior known as the Prince Who Was Promised is coming to save the world and vanquish the Great Other once and for all. It's also worth noting that in the books, the White Walkers are called "Others," so if you're starting to see a connection between the Great Other and the Night King, congratulations! You're on your way to becoming a follower of R'hllor. 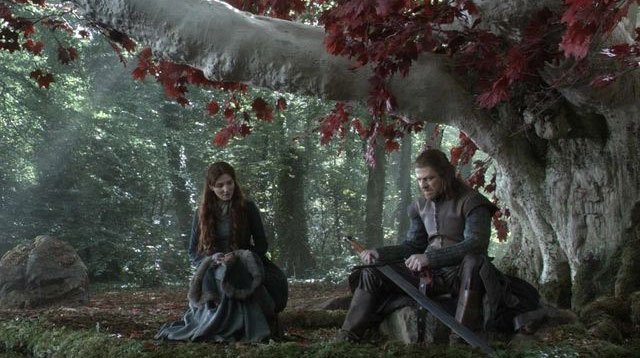 You know that weird white tree with red leaves that grows in the godswood at Winterfell? That's a weirwood, and according to this religion, greenseers like Bran Stark can see through the faces carved on the trunks. The faces were initially carved on the trees by children of the forest, i.e. those creepy green-ish people Bran met during his quest to find the Three-Eyed Raven. The old gods are mainly worshipped in the North; Ned Stark believed in the old gods, and Jon Snow and Samwell Tarly took their Night's Watch vows in a grove of weirwoods above the Wall. If I were going to put money on a Westerosi religion being founded by real, live gods in the ancient past, I'd pick this one—the children of the forest and the Bran-time-traveling-by-greenseeing stuff is awfully convincing. 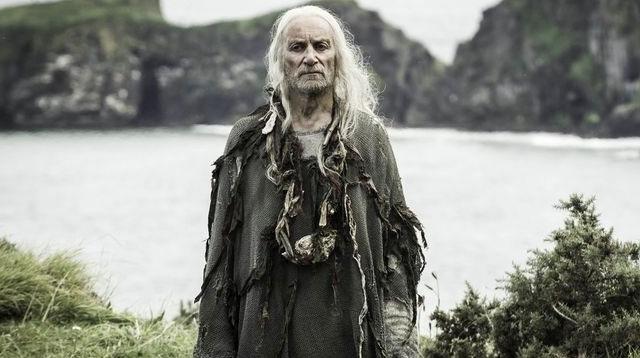 Look away, ye Greyjoy haters, because this one only applies to them. The people of the Iron Islands worship the Drowned God, who came from the sea and actually wants them to be the thieving pirates they are. The Ironborn are thus not afraid of drowning, and consider drowning their enemies to be a good method of sacrifice to the Drowned God. Followers of this religion believe that the afterlife will be spent under the ocean, feasting with the Drowned God. Sounds wet. 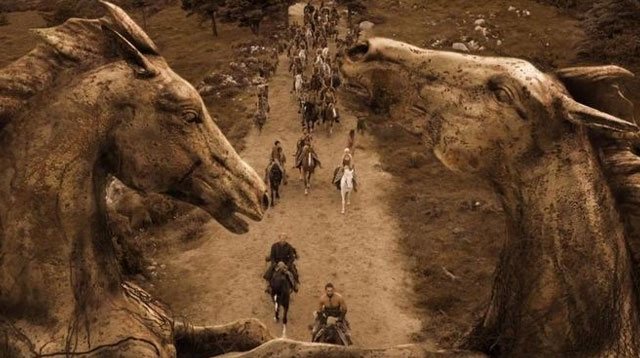 Heads up, aspiring Dothraki horse lords—this is your guy. The Dothraki believe a giant horse god called the Great Stallion is in charge of everything, though they do acknowledge that other gods exist. Those gods just aren't as cool as theirs, OK?

They also believe that the stars in the sky are the Great Stallion's khalasar, and that one day a Stallion Who Mounts the World will unite all the Dothraki into one big khalasar. Back in season one, Daenerys hoped her child with Khal Drogo would be this stallion, but that baby didn't make it and instead Dany hatched dragons. You know what happens after that. ~*Fire*~. 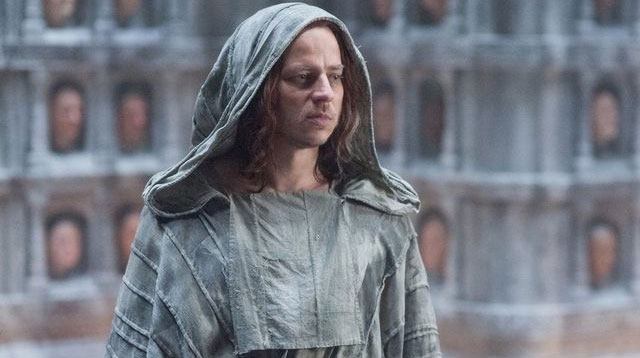 This is the deity worshipped by the Faceless Men, the assassins with whom Arya Stark recently trained. The Faceless Men believe that they carry out their work on behalf of the Many-Faced God, also known as the God of Death, and in the House of Black and White, they display icons from various other religions who they think are just different aspects of the same god (the Stranger from the Seven, for example). They are fond of a High Valyrian phrase you may have heard once or twice—valar morghuli, or "all men must die." I much prefer Daenerys's version: "All men must die, but we are not men."