1 Exes Gretchen Ho and Robi Domingo still work with each other on the regular, even after their split in March. However, it looks like the Kapamilya hosts are taking their breakup quite well—from the looks of this video that surfaced online, at least. Gretchen and Robi co-hosted a fun run over the weekend, and instead of being all awkward with each other, they actually went on to tease each other about their breakup! Here's how their conversation went: (PEP.ph)

2 Julia Barretto and Joshua Garcia finally revealed the title of their upcoming movie: Love You To The Stars And Back. The new film is directed by Antoinette Jadaone. (PEP.ph)

3 Marian Rivera just hit the 4 million mark on Instagram! The Kapuso star sent out this sweet message to her followers: "We all have the power to use social media in the best and most proper way we can. This is how I choose to use mine—with pure positivity! Salamat sa aking Instagram community for always celebrating good vibes with me. Happy 4m."

4 Wonder Woman just SLAYED it in the box-office—specifically here in the Philippines. It was officially announced over the weekend that Wonder Woman is the biggest Warner Bros. movie in the Philippines, earning a P520.5-million cumulative box-office gross. And, yup, the Amazonian princess beat both Superman and Batman by overtaking the lifetime gross of Batman v Superman: Dawn of Justice. 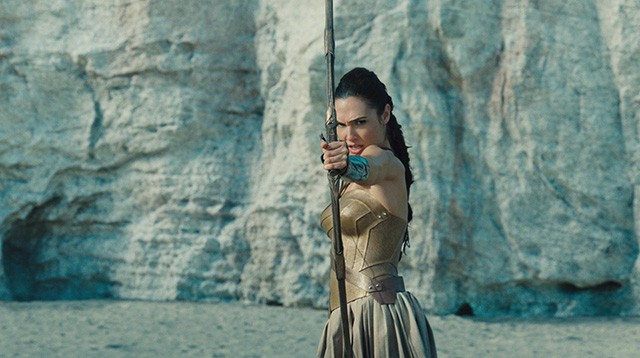 5 Happy Tuesday, everyone! Here's a topless pic of Zayn Malik carrying his 'lil pup! Thanks, Gigi Hadid for sending out this snap for all the world to see.