Harry Styles Confirms He Really Does Have Four Nipples

As part of his Dunkirk press tour, Harry Styles did a sit down interview with Cheslea Handler, which consisted of him giving one-word answers to relatively detailed questions.

Among those asked was one about the internet rumour that Styles has four nipples (supernumerary nipples, technically, which most studies have found occur more in men than women). Styles immediately replied, "Correct."

Then he pointed them out:

Shirtless photos of Styles confirm so much. They're small but there amidst the abs and tats: 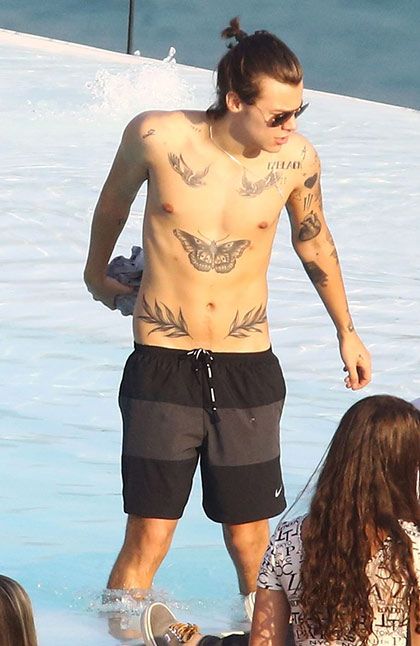 Styles fully owns his additional nipples, by the way, with his signature cool confidence. He told Nick Grimshaw during an interview in April that he considers them his best dating trait. "My worst trait is, I think I snore," he said.