Her makeup artist reveals how much it took to make five Heidi look-alikes.
by Helin Jung | Nov 9, 2016
Post a Comment

Heidi Klum's Halloween costume this year wasn't so much a costume for her as it was for the five other Heidi look-alikes who escorted the real Heidi to her party. The concept cost "$10 million" to execute, according to makeup effects artist Mike Marino of Prosthetics Renaissance, who gave TooFab the details about the process.

As expensive as the costume was (or not—he might have been joking), Heidi fans were left unsatisfied because Heidi herself hadn't transformed herself in the over-the-top way she usually does.

Marino came to Heidi's defense. "She didn't drop the ball," he told TooFab. "People are hard on celebrities and have big expectations. They forget that it's all fun in the end and Heidi always has it. She certainly surprised everyone with it, so I guess it turned out to be unpredictable. Which goes hand in hand with originality." 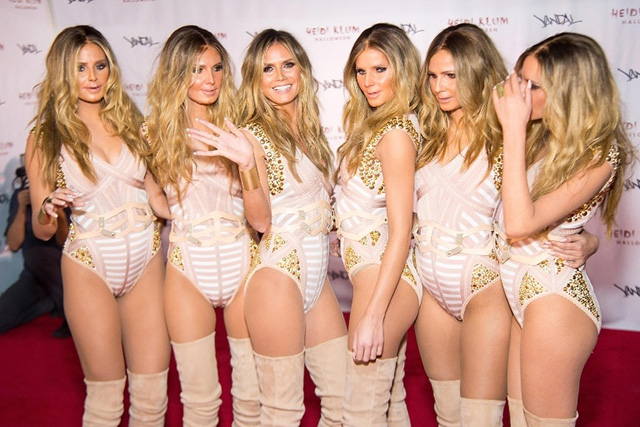 It certainly wasn't an easy job for Marino and his colleague Mike Fontaine. They had to figure out how to make five other women look exactly like Heidi Klum, after all. Here's how they did it: After taking a Lifecast of Heidi's face, Marino and Fontaine made masks from the mold. The models in Heidi's clone army wore the mask along with "DermaFlage silicone to fill any gaps in the mask" and prosthetics. The process took about two hours—per person. And then the beauty makeup and hair styling happened. So much work! 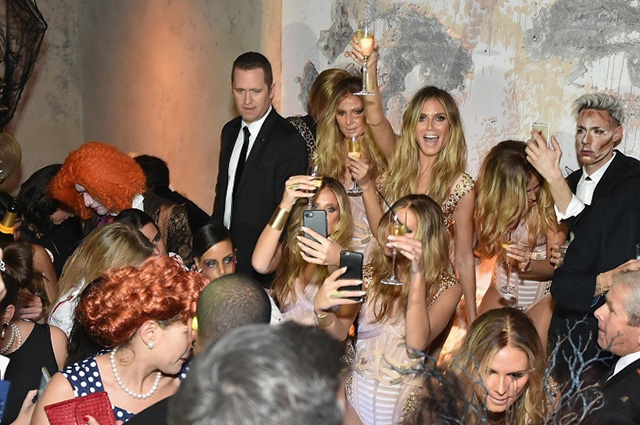 Even though the models had Heidi's hair, her body shape, and with the help of prosthetics, her face, there was one part no one could change to make like Heidi. "Anyone can actually be Heidi if they wear this mask," Marino said. "But, the eye shapes of each girl will show through. That I cannot change. There's really only one Heidi, and her eyes tell it all!"