Hidilyn Diaz Is The Second Multi-Medaled Pinoy Olympian; Find Out Who's The First!

How fitting is it that Hidilyn Diaz, the most experienced among the 19 Filipino athletes who flew for the 2020 Tokyo Olympics, will be the one to finally quench the Philippines' thirst for Olympic glory?

In her fourth tour of duty in the Oympiad, the Zamboangueña finally broke through the proverbial glass ceiling, setting an Olympic record in clean and jerk and total points to scale the pinnacle in the women's 55-kilogram weightlifting category.

Through heartbreaks and criticisms, Hidilyn showed why she truly is a national treasure, lifting 97 in snatch and a record-setting 127 in clean and jerk to garner a gold medal-clinching 224 that allowed "Lupang Hinirang" to be blasted on the Olympic speakers for the first time in history. 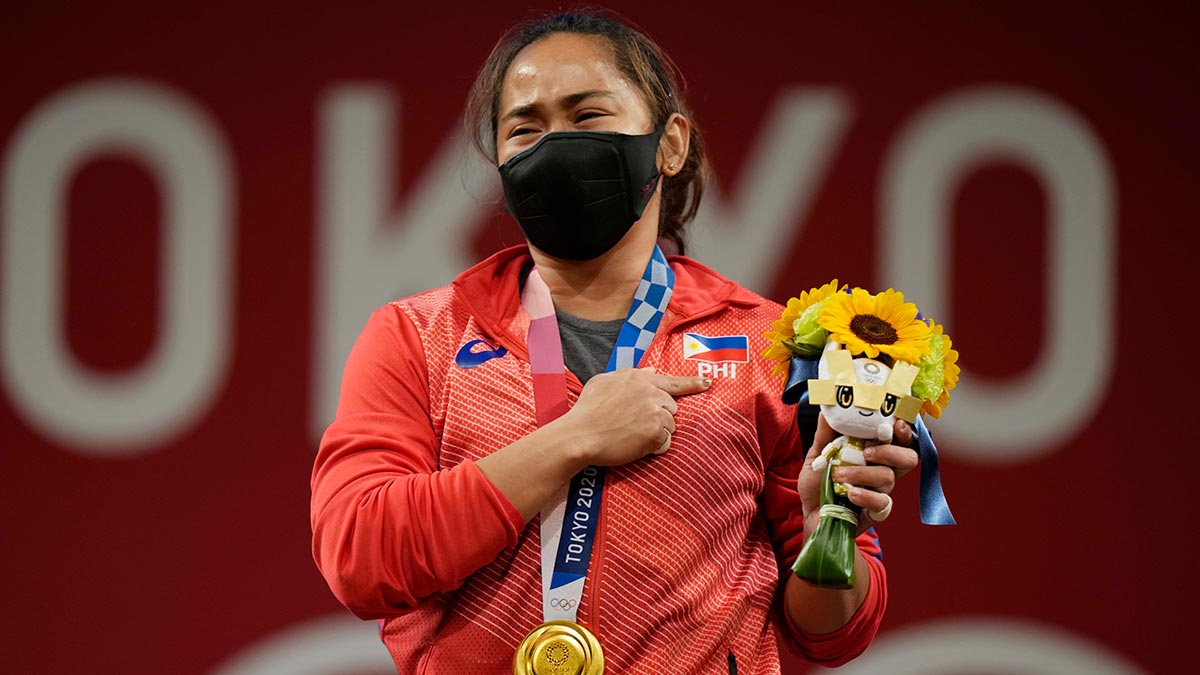 Add that to the silver medal she won in the 2016 Rio Olympics and there's no question that Hidilyn is the most successful Filipino to ever compete in the quadrennial Games.

She also became only the second Filipino to ever win multiple medals in the global sporting showcase—a feat that is 89 years in the making.

Who was the first Filipino multi-medalist in the Olympics?

The last athlete to do such? Swimmer Teofilo Yldefonso won bronze medals in the men's 200-meter breaststroke competitions in the 1928 Amsterdam and 1932 Los Angeles Olympics.

Standing at only 5-foot-7, Teofilo actually barely made it through the heats in 1928, finishing third in heat 2 behind Sweden's Erik Harling and Austria's Karl Schafer, but qualified thanks to his time of 2:57.4.

He continued to hang on, placing third in the first semifinal with his 2:53.2, behind Japan's Yoshiyuki Tsuruta and Canada's Walter Spence.

And when it all mattered the most, Teofilo finished at the podium in Amsterdam with his time of 2:56.4, just behind eventual gold medalist Yoshiyuki and silver medalist Erich Rademacher of Germany.

Four years later, the man known as the "Ilocano Shark" came back stronger, topping heat 3 with his 2:53.7 mark, and registering a strong second place in the second semifinal with his 2:48.4 mark, trailing only Germany's Erwin Sietas.

Unfortunately, Yoshiyuki still got the better in the final swim in Los Angeles, taking the gold with his fellow Japanese Reizo Koike bagging the silver. Teofilo once again settled for bronze with his 2:47.1 time.

Nonetheless, Teofilo came home a national treasure as his unorthodox style, known as the "Yldefonso Stroke," were soon adapted by smaller swimmers, especially those from Asia.

Undoubtedly, Hidilyn is bound for her own hero's welcome when she comes back home, not to mention the financial windfall coming her way.

And if it truly is the end of Hidilyn's career, what a way to finish it—on top.

ALL ABOUT *HIDILYN* RIGHT THIS WAY:

In Numbers: How Heavy Can Hidilyn Diaz Really Lift?

P33 Million, A House And Lot, And More: *Everything* Hidilyn Diaz Won At The Olympics