The 'High School Musical' Boys Just Had An Adorable Mini-Reunion

The East High Wildcat boys are officially all grown up!

On Tuesday, High School Musical stars Zac Efron (Troy Bolton) and Lucas Grabeel (Ryan Evans) went out to support their former classmate Corbin Bleu (Chad Danforth) in his new Broadway musical, Holiday Inn. The trio was all smiles during the mini-reunion, and both Zac and Lucas were quick to gush over Corbin’s incredible performance later the next day.

"[Lucas] and I saw [Corbin] DANCE on AIR ala Fred Astaire last night. He tapped 'Firecracker' and lit the stage on [fire emoji] with his moves! Check out #HolidayInnMusical #amazingshow #theboysareback," Zac wrote alongside a goofy selfie of the three of them.

"Just a couple of wildcats on a #Broadway stage. [Corbin] killed it last night in #HolidayInnMusical!," Lucas wrote in his Instagram post. "So much love for these guys."

Given that Zac wasn’t able to make it to the official 10-year reunion for the film earlier this year, it’s nice to see that the three of them have still kept in touch long after graduation. Just look at these cuties and try not to get nostalgic! 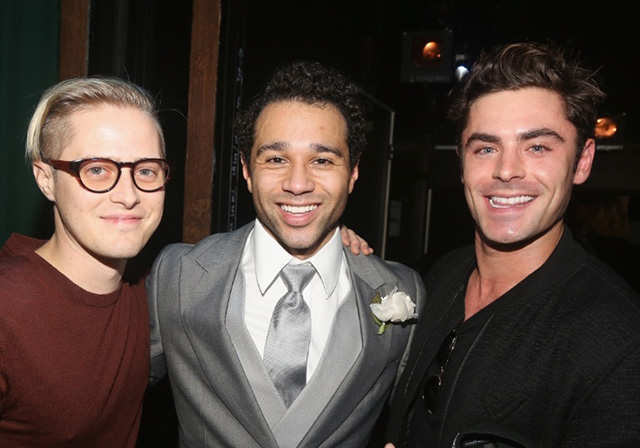 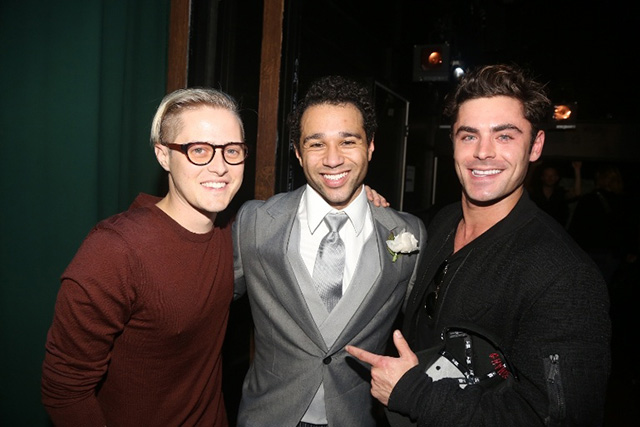