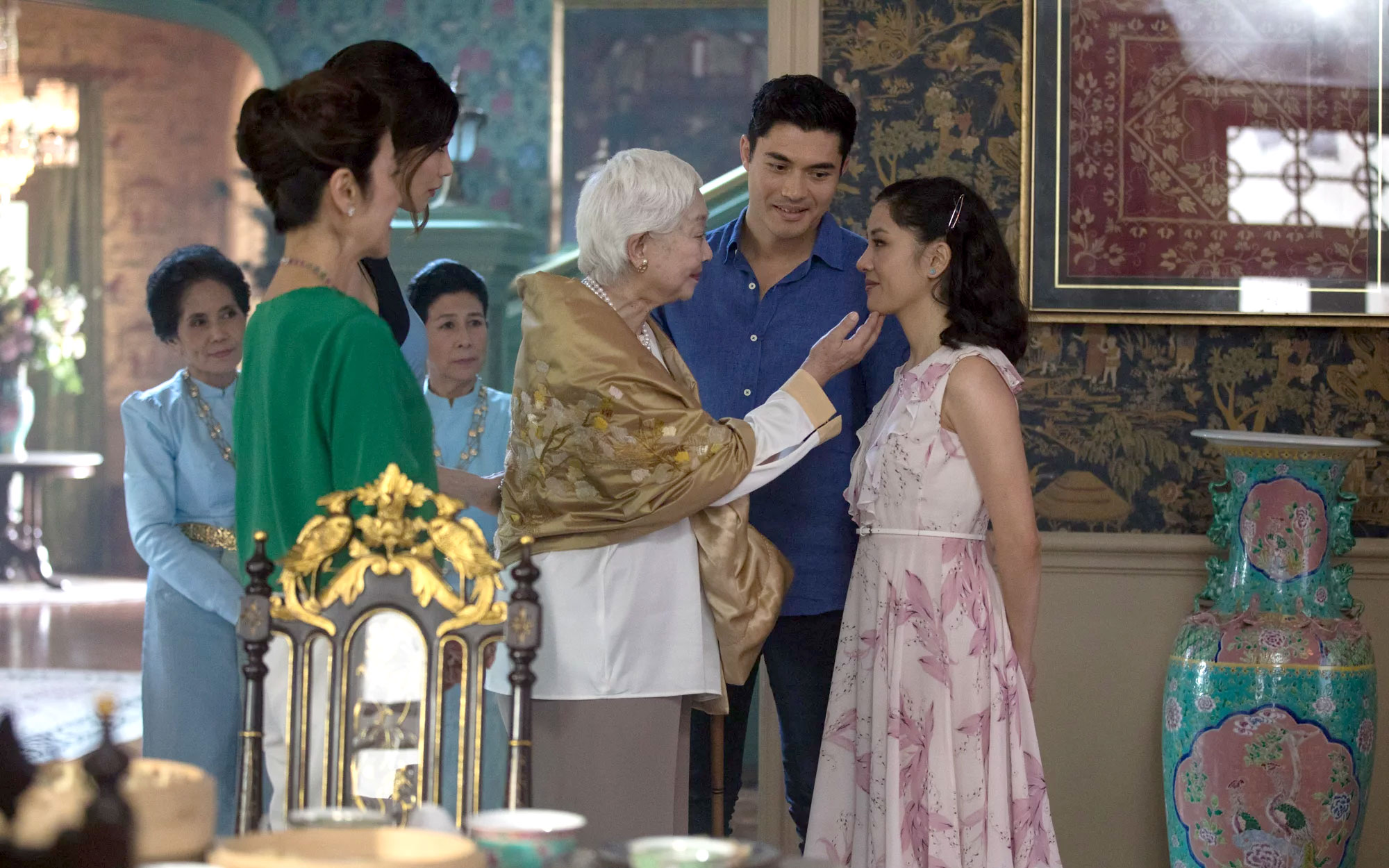 Watching the film made me even prouder to be Asian.

What do you do when you find out that your seemingly "normal" boyfriend is actually crazy rich? American-born Chinese Rachel Chu (Constance Wu) accompanies her beau Nick Young (Henry Golding) from New York to his homeland Singapore, where she's forced to deal with a disapproving mother, family drama, jealous socialites, and an Asian life that she's totally unfamiliar with. The film adaptation of Kevin Kwan's best-selling novel is the first Hollywood-produced film with an exclusively Asian cast since The Joy Luck Club, which was released 25 years ago.

It's got the glitz, glamour, drama, and feels of a "you and me against the world" rom-com, but this time with an ALL-ASIAN CAST (yay!), featuring Asian culture!

Constance is best known for her role as immigrant tiger mom of three, Jessica Huang, on Fresh Off the Boat.

The British-Malaysian actor has hosted a variety of shows in the past years, including BBC's The Travel Show.

The Malaysian actress got her start as an action star in Hong Kong and has made a name for herself in Hollywood for films such as 007: Tomorrow Never Dies and the Crouching Tiger, Hidden Dragon series.

The hilarious comedian and rapper already hit the big screen earlier this year in Ocean's 8.

Gemma stars in the sci-fi drama Humans as Mia, a humanoid.

We've loved him on shows such as Dr. Ken and Community! He also guest-starred on Fresh Off The Boat with Constance.

A ballerina as well as an actor, Sonoya has modeled for Ivy Park and Calvin Klein and has also appeared on La La Land.

I cried, maybe twice. I really did, but I tried to hide it. I know Crazy Rich Asians is supposed to be a rom-com but I've been waiting for this film for years and I was just so happy while watching it! What sets it apart is that it's SO relatable. All that food (inside plastic containers) and all those family members and how they interacted with each other was so distinctly Asian. And I loved that author Kevin Kwan was deeply involved in the production because they got many details from the book right: the opening scene at the Calthorpe Hotel, Araminta's airport outfit, Eleanor's bible study group. Watching the film made me even prouder to be Asian.

I also loved the score and the soundtrack! I rarely hear non-English songs in Hollywood films and that version of Coldplay's "Yellow" practically tore me apart.

AND THE CAST. Henry Golding. Constance Wu. Akwafina. Nico Santos. They brought the novel's characters to life, just as how I imagined them to be. For me, there were no lead actors, because the film managed to create on-screen characters with their own stories and personalities, their own problems and joys. There were so many quotes I wanted to write down, so many details I wanted to imprint in my memory. And I'm going to watch it at least three more times.

"I waited so long to watch this story on the silver screen, and I can definitely say that it was worth the wait! I often find myself liking the books more than the film adaptations, but not in this case—the movie was just so well-made. The cast is perfect and the soundtrack is well-curated (I'm still listening to Cheryl K and Awkwafina's version of "Money" and I am OBSESSED with Kina Grannis' version of "Can't Help Falling In Love"!).

"I initially didn't understand why they said this was a rom-com, but after seeing it, it all made sense. It really is a story about love—in all forms. Did I tear up during *that* wedding scene? You bet I did. Did I gasp when I saw Kris Aquino on screen? Of course, I did! And do I now think that Henry Golding is God's gift to mankind? Hell yeah.

"Overall, it is an A+ movie. I think this will be one of those films that will live on forever!" —Retty Contreras, Managing Editor