An Honest Review Of 'Lady Bird'

A love letter to Sacramento. 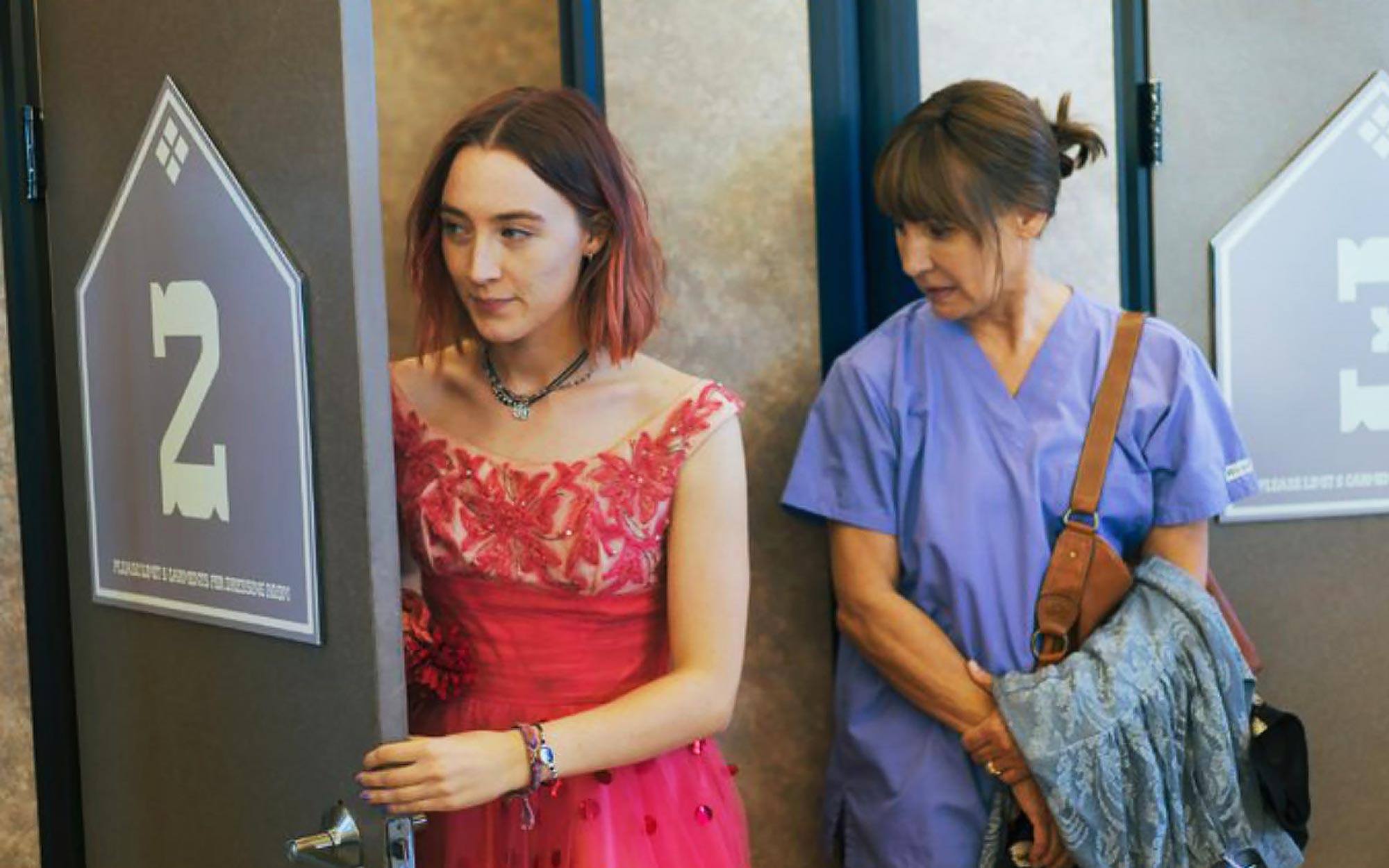 It's 2002, and Christine "Lady Bird" McPherson (Saoirse Ronan) is living in a cliché. She goes to a Catholic high school. She has parents (Laurie Metcalf, Tracy Letts) who fill the quintessential roles of good cop and bad cop. Her best friend is a fellow outcast. She's clueless about romance. And all she wants is to break free from her humdrum life in Sacramento and go to college on the East Coast, where things happen. Lady Bird is going to stop at nothing to get that coveted New York acceptance letter. Throw in some first kisses, awkward sex, and run-of-the-mill teenage insecurity, and you've got an ultra-relatable protagonist, sans the pretension.

A coming-of-age tale about a small-town girl, living in a lonely world, er, California town. She's outgrown her life and needs to be in the big city where her dreams can take hold. Every young and ambitious Filipina is familiar with this scenario—it's like an iteration of the American dream.

By no measure is this the Golden Globe Award-winning and Academy Award-nominated actress' first time at the rodeo—from The Lovely Bones to The Grand Budapest Hotel to Brooklyn, Saoirse has delivered one critically acclaimed performance after another.

The three-time Emmy Award-winning (and 10-time Emmy-nominated!) actress started out in the '80s TV show Roseanne, but today she is most recognized for her roles in Desperate Housewives and as Dr. Sheldon Cooper's mother in The Big Bang Theory. There are rumors that Laurie is a shoo-in for the Oscars for her performance in Lady Bird.

The Pulitzer Prize winner takes a comedic turn in this film, playing Lady Bird's agreeable, laid-back dad. On TV, you've seen him on Homeland, but he's mostly on screenplay-writing duty: Killer Joe (2011) and August: Osage County (2013), to name a few.

Beanie may be a relatively new face, but she's been acting since 2002. You've seen her make brief appearances in the Netflix hit Orange Is the New Black, as well as Neighbors 2: Sorority Rising.

Timothée earned Golden Globe, SAG, and BAFTA nominations for playing Elio Perlman in the critically-acclaimed Call Me By Your Name. Like Tracy, he also starred in Homeland, and you might recognize him from 2014's Interstellar (he played the young version of Casey Affleck's character).

Like Saoirse, Lucas chooses his material carefully, from Wes Anderson's Moonrise Kingdom to the Jeremy Renner-produced Kill the Messenger. But audiences saw him last in the Oscar-nominated film Manchester by the Sea.

As a Cebu-born writer who wanted to study in a university in Metro Manila, Lady Bird's struggle was awfully similar to mine—and both Greta and Saoirse are masterful at putting together a story that is universal, but also deeply subjective and personal. Coming-of-age films tend to fall into the trap of over-quirkifying their cast, resulting in disingenuous character development. But whether it's the material or the talented actors, each character Lady Bird encounters is earnest and genuine, navigating typical teenage issues with nostalgia and nuance. Her relationship with her mother is strained and bittersweet, forcing audiences to reckon with their own family ties. Lady Bird spends most of the film feeling angst and resentment for her quiet hometown, only to realize that her concept of home was something any plane ticket couldn't shake off. It's a beautiful film that's definitely wormed its way into my list of favorites.

"The quality of the writing in Lady Bird is really something else. I liked that instead of actively rebelling against her Catholic roots—a stereotype most coming-of-age films tend to use—she was relatively laidback, even passive, towards the school system that was supposedly oppressing her creative freedom. Even the supporting characters had their own gray areas and nuances. You can tell that they were careful not to let the characters fall into overused tropes."— May Santa Maria

Anyone whose dreams are bigger than their hometowns, families, or even themselves can handle is bound to commiserate with Saoirse's character. If your relationship with your mother has been particularly challenging, well, prepare for an emotional rollercoaster that you most definitely did not sign up for. Lady Bird is best seen with a best friend or a childhood buddy, so you can reminisce and discuss after.