An Honest Review Of 'Maze Runner: The Death Cure' 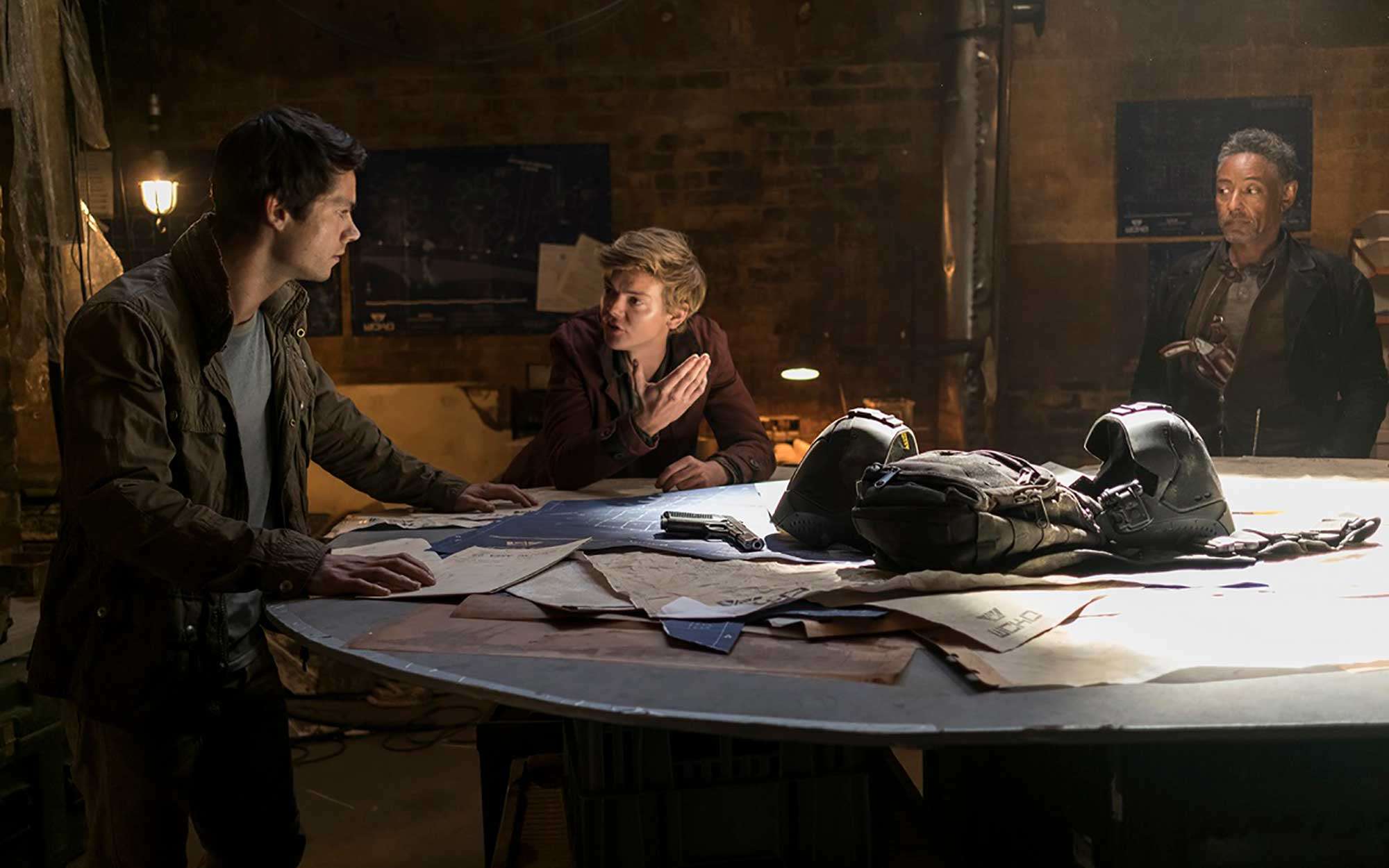 'We started this together, we may as well end it together too.'

In the grand finale to The Maze Runner trilogy, Thomas (Dylan O'Brien) leads the rest of the escaped Gladers on a rescue mission to save their friend Minho (Ki Hong Lee). The group breaks into what may turn out to be the deadliest maze of all—the Last City, a labyrinth controlled by WCKD. Will Thomas and the others make it out alive? And will we finally learn if WCKD is ~truly~ good or bad?

Heart-pumping action sequences. Love torn apart by betrayal. The struggle for survival. ALL. THE. FEELS.

Since his stint as Stiles on the television series Teen Wolf (2011), the actor has starred in several big screen films: The First Time opposite girlfriend Britt Robertson (2012), the comedy film The Internship with Owen Wilson and Vince Vaughn (2013), the disaster-thriller Deepwater Horizon alongside Mark Wahlberg (2016), and opposite Michael Keaton as the titular character in action-thriller American Assassin (2017).

You might recognize him as Liam Neeson's stepson in Love Actually (2003) and it's straight-to-television sequel Red Nose Day Actually (2017). Thomas also portrayed the eldest of seven children in Nanny McPhee (2005), Paul McCartney in Nowhere Boy (2009), Jojen Reed in Game of Thrones, and voiced Ferb from Phineas and Ferb (2007-2015).

Known for her roles as Zoe DeHaven on the NBC series Parenthood (2011-2012), and Nurse Maria in the FX anthology series American Horror Story: Murder House (2011), Rosa also appeared in The Divergent Series: Insurgent (2015).

Best known for his portrayal of Gustavo "Gus" Fring on the television shows Breaking Bad and Better Call Saul, Giancarlo's other notable films include King of New York (1990), The Usual Suspects (1995), Money Monster (2016), and Okja (2017). He also portrayed Sidney Glass/Magic Mirror in television series Once Upon a Time (2011-2017) and voiced Akela the wolfpack leader in The Jungle Book (2016).

Will Poulter as Gally

Will portrayed Eustace Scrubb in The Chronicles of Narnia: The Voyage of the Dawn Treader (2010). He starred alongside Jennifer Aniston and Jason Sudeikis in We're the Millers (2013) and played Jim Bridger opposite Leonardo DiCaprio and Tom Hardy in revenge-thriller The Revenant (2015).

Dexter played Walter Hill in the movie Joyful Noise (2012), Nate in television show Victorious (2010), and appeared as himself in an episode of Hell's Kitchen (2016).

Game of Thrones fans will recognize the actor who played Littlefinger. Aiden's other notable works include Tommy Carcetti in the HBO series The Wire (2004–08), CIA operative Bill Wilson in The Dark Knight Rises (2012), Goosefat Bill in King Arthur: Legend of the Sword (2017).

Katherine is known for her role as Clary Fay in the television series Shadowhunters. She has also played supporting roles in New Year's Eve (2011) and Tom Sawyer & Huckleberry Finn (2014), and made appearances in television shows Law & Order: SVU, Glee, CSI: Crime Scene Investigation, and Unforgettable.

Originally a theatre actress, Nathalie gained public recognition through her portrayal of Missandei in the television series Game of Thrones and her supporting roles in action films Furious 7 (2015), and The Fate of the Furious (2017).

The adaptation of several Young Adult dystopian novels (Hunger Games, Divergent, Ender's Game, The Giver) into blockbuster films has made the genre seem oversaturated, but the final installment of the Maze Runner trilogy is not just another tick off the ever-lengthening list. With a cast of young but ambitious actors leading the charge, there's enough heart and hints of humor sprinkled in this action-packed adventure to move the plot forward.

At just under 2.5 hours, you sometimes get a sense of too many plot points being alluded to all at once. New characters appear on-screen with little to no backstory (looking at you, Lawrence!), while you get frustratingly small glimpses of certain characters' change of hearts (which side is Teresa *really* on?). But when you give the main cast of ex-Gladers their time to shine, the actors certainly bring their characters to life. The chemistry between Thomas, Teresa, AND Brenda is visibly apparent, and Newt's arc is one of the highlights of the film. Be prepared for ~feels~, people.

Despite one too many action scenes and outlandish stunts (watch out for the bit with a bus and a crane), Death Cure ends on a high note, with (most) loose ends tied up in a neat little bow. To faithful readers of the books, the finale was worth the wait.

"Maze Runner: The Death Cure is arguably the most gripping and action-packed of all three movies, a satisfying end to the dystopian teen saga. Clocking in at almost two and a half hours, there's a sense of one too many things happening—and one too many ludicrous stunts—but it's such a crazy fun ride that you'll want to stick around till the very end. You don't have to be a big fan of the franchise to enjoy it, though you might want to brush up on the first two movies for a better viewing experience." —Dyan

Fans of both the book series as well as the film trilogy, action movie buffs, and mixed barkadas looking for that ~one~ movie everyone can agree on watching.

"I'd recommend it to anyone who appreciates a good adrenaline rush, death-defying stunts, and solid acting." —Dyan