An Honest Review Of 'Miss Granny'

TBH, this is Sarah Geronimo's best performance as an actress to date. 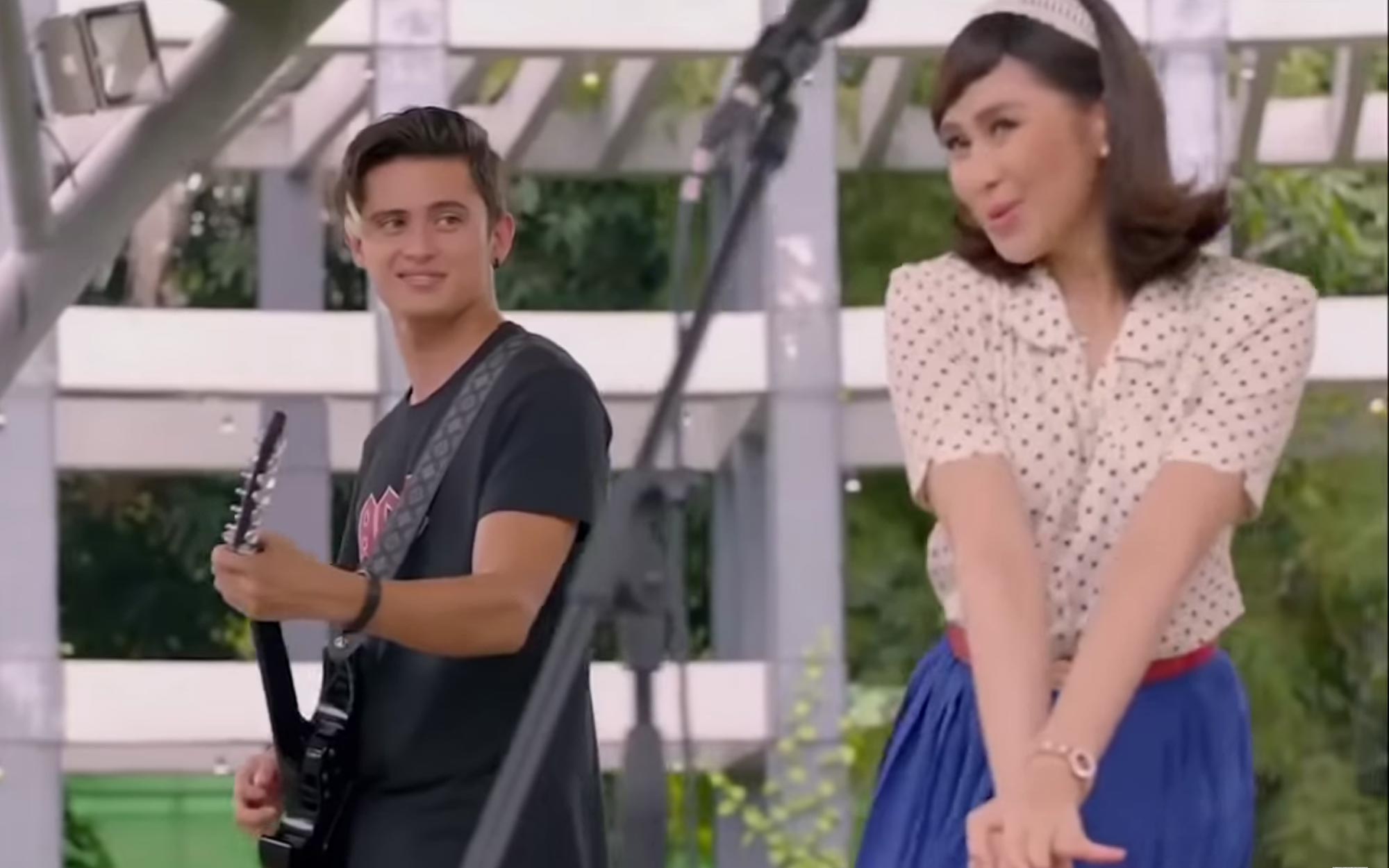 You'll be ugly crying by the time the movie ends!

Fely (Nova Villa) is a woman in her 70s who lives with her son, Ramon (Nonie Buencamino); daughter-in-law, Angie (Lotlot de Leon); grandson, Jeboy, (James Reid); and granddaughter, Hana (Ataska Mercado). Lola Fely is not exactly the most lovable senior citizen around. She has an opinion about everyone and everything, and is known to be controlling and a major grouch.

One day, Angie gets rushed to the hospital and the doctor tells the family that for her to get better, they need to get rid of anything that's causing her stress. Angie's #1 stressor? Fely!

On the day Ramon tells her that she'll need to move to a nursing home, a depressed and distraught Fely walks aimlessly around the city and comes across a mysterious photo studio with old portraits of her favorite actress, Audrey Hepburn. She goes in to have her picture taken. Later on, she discovers she has magically transformed into her 20-year-old self!

Fely renames herself Audrey (Sarah Geronimo) and makes the most of the opportunity. She gets the chance to live her dream of being a singer AND becomes the object of affection of three guys—her grandson, Jeboy (yikes!); TV show producer, Lorenz (Xian Lim), and Bert (Boboy Garovillo), a close friend from when she was young.

Miss Granny is a funny and touching story about the love of family.

The talented singer-actress was last seen in Finally Found Someone, her comeback movie with John Lloyd Cruz in 2017.

The singer-actor was last seen in Never Not Love You, with his love team partner and girlfriend Nadine Lustre.

The veteran actress was last seen in the 2016 JaDine movie This Time. She is also a regular in the GMA-7 teleserye Inday Will Always Love You, which stars Barbie Forteza.

As I sat there in the cinema with my eyes all swollen from crying because of a particularly emotional scene towards the end of the movie, I was thinking of who else could have played the role of Fely/Audrey better? I thought of about half a dozen actresses who could probably pull it off but I came to the conclusion that there is no one else who can play this role better than Sarah Geronimo.

In my opinion, this was her best performance as an actress to date. No other local female celebrity has the combination of characteristics required for the role—impeccable comedic timing, a talent for drama, a powerful singing voice, and an old soul with an almost manang charm. Sarah was so believable as a 70-year-old woman inside a 20-year-old's body.

What I loved most about this movie is that even though it revolved around Sarah as Miss Granny, it would have been boring and incomplete if the supporting cast wasn't well chosen. Nova Villa, Nonie Buencamino, Lotlot de Leon, Boboy Garovillo, Kim Molina, Ataska Mercado, Marissa Delgado, and Angeli Bayani were all so effective in their roles.  A special mention goes to James Reid and Xian Lim, who are both used to being lead actors. I loved how they supported Sarah in this movie. It was also refreshing to see them on their own, without their love team partners.

I watched the original Miss Granny after I saw this local remake and I noticed that the Philippine version was very faithful to the Korean film. Although the pace was the same, I felt like the flow of the original movie was better than the local version.

This movie will make you appreciate family, probably even the ones we don't really like. It reminds us that everyone has a backstory and that sometimes, people can change if only we give them a chance.

"I really loved the movie! I was laughing most of the time but was ugly crying by the time the movie ended. Sarah was amazing as Miss Granny! It's the kind of movie that the whole family can watch and appreciate." —Reena

Anyone who wants to warm their hearts and needs a good laugh!