An Honest Review Of 'Murder On The Orient Express' 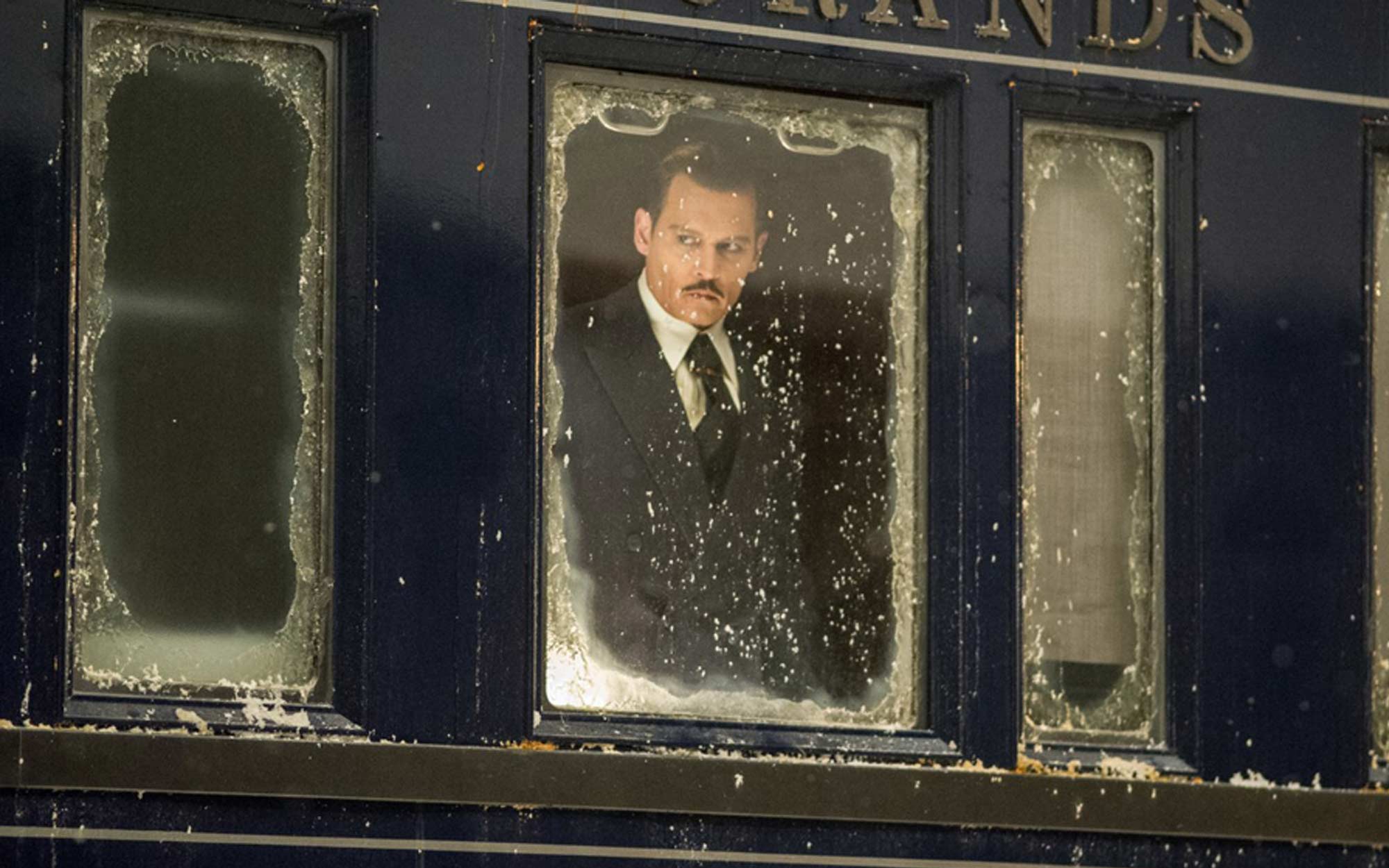 Everyone is a suspect.

Hercule Poirot (Kenneth Branagh), "possibly the world's greatest detective," is looking forward to some rest and relaxation on board the luxurious Orient Express. His fellow passengers are: an American businessman (Johnny Depp) accompanied by his butler (Derek Jacobi) and assistant (Josh Gad), a governess (Daisy Ridley), a doctor (Leslie Odom Jr.), a widow (Michelle Pfeiffer), a princess (Judi Dench) and her maid (Olivia Colman), a missionary (Penelope Cruz), a professor (Willem Dafoe), and a count (Sergei Polunin) and countess (Lucy Boynton).

Yet his first night's sleep is interrupted by the murder of Samuel Ratchett (Johnny Depp). Now Poirot is in a race against time to solve the murder before the killer strikes again.

Hercule Poirot mustache you a question, but he'll shave it for later.

All jokes aside, an all-star ensemble + lavish costumes + beautiful scenery equal what more can you want in a whodunit mystery?

The actor-director has a long list of projects linked to his name, but he is perhaps most recognizable for his roles in Harry Potter and the Chamber of Secrets (as Professor Gilderoy Lockhart), UK TV series Wallander (as the eponymous police inspector), and as the voice of Miguel in the animated movie The Road to El Dorado (2000). Branagh has also directed notable films like Thor (2011), Jack Ryan: Shadow Recruit (2014), the live-action Cinderella (2015), and 2017's Murder on the Orient Express.

The first woman to portray M, James Bond's boss, in the Bond film series, Dench's most popular roles include Queen Elizabeth I in Shakespeare in Love (1998), Lady Catherine de Bourgh in Pride & Prejudice (2005), and most recently Queen Victoria in Victoria & Abdul (2017).

Famous for his portrayal of Captain Jack Sparrow in the Pirates of the Caribbean franchise, Depp's collaboration with director Tim Burton has resulted in movies like Edward Scissorhands (1990), Sleepy Hollow (1999), Corpse Bride (2005), Charlie and the Chocolate Factory (2005), Alice in Wonderland (2010), and Sweeney Todd (2007). Most recently the actor played Gellert Grindelwald in Fantastic Beasts and Where to Find Them (2016).

The actress once again returns to the big screen as Rey in Star Wars: The Last Jedi. In 2019, Ridley will co-star in the YA adaptation of Chaos Walking opposite Spiderman: Homecoming's Tom Holland.

Known worldwide as the voice of the character Olaf in Frozen, Gad portrayed LeFou (another Disney sidekick) in the live-action remake of Beauty and the Beast. In 2015, the actor appeared in The Wedding Ringer alongside Kevin Hart and Kaley Cuoco, and in Pixels co-starring Adam Sandler and Peter Dinklage.

The Spanish actress and model was critically acclaimed for her roles in Volver (2006) and Nine (2009), and played painter María Elena in 2008's Vicky Cristina Barcelona. She also appeared in Pirates of the Caribbean: On Stranger Tides (2011), Zoolander 2 (2016), and signed on to play the role of Donatella Versace in American Crime Story: The Assassination of Gianni Versace.

Marvel fans would recognize Dafoe for playing Norman Osborn (aka the Green Goblin) opposite Tobey Maguire in his Spiderman trilogy. He also lent his voice to Gill in Finding Nemo (2003) and its sequel Finding Dory (2016), and played author Peter Van Houten in The Fault in Our Stars (2014).

Although primarily known for his stage work, the actor has portrayed Gracchus in  Gladiator (2000), and the king in Cinderella (2015).

The actor-singer is perhaps best known for his role as Aaron Burr in the musical Hamilton. He also had a recurring role as Peter Collier on the TV show Person of Interest.

The actress-singer's notable roles include Catwoman in Batman Returns (1992), Velma Von Tussle in Hairspray (2007), and her breakout performance in the 1983 crime film Scarface.

After playing DS Ellie Miller in three seasons of British crime drama Broadchurch, Colman will be replacing Claire Foy as Elizabeth II in the third and fourth season of the original Netflix series The Crown.

After playing Malik alongside Tom Cruise in The Mummy (2017), Kenzari will be playing the villain Jafar in Disney's upcoming live-action adaption of Aladdin.

I'm a huge fan of mystery novels and the crime genre in general—I grew up reading Nancy Drew and watching shows like Bones, CSI, and Criminal Minds are among my all-time faves. So before the lights went off in the cinema, I was worried my high expectations for the MotOE movie would not be met.

Lush visuals and a star-studded cast kept this film from running off the rails, but it was the truly amazing performances by ALL actors that kept the movie on track. With a cast full of noteworthy actors, you'd expect some to really shine—and they did. Daisy Ridley's governess clearly had her secrets, but her camaraderie with the peculiar detective (portrayed in all his wonderful eccentricities by veteran actor Kenneth Branagh) made their one-on-one scenes delightful to watch. Dame Judi Dench definitely succeeded in tugging at your heartstrings, and Josh Gad's assistant role is as far from the bumbling LeFou as you could possibly imagine.

The film was a roller-coaster from start to finish. This murder mystery will have you on the edge of your seats, trying to figure out the killer before the famed detective arrives at the truth. With that little Easter egg at the end of the movie, I'm hoping 20th Century Fox will go full-steam ahead and produce the sequel.

"Murder on the Orient Express is anchored by a stunning ensemble cast, with Daisy Ridley and Leslie Odom Jr. being obvious standouts. Kenneth Branagh's direction effectively simulates the claustrophobia and fear that comes with being stuck on a broken-down train in the dead of winter—and when the puzzle pieces finally came together, I was extremely satisfied with the ending. It's definitely a film you'll need to pay close attention to, so catch a late-night showing to avoid noisy crowds." —Chandra

We'd Recommend It To:

"Anyone who's a fan of guessing games. If you love whodunits, host a movie night with friends and take turns speculating who the killer is—bragging rights go to the detective-in-training!" —Andie

"Longtime Agatha Christie fans who are looking to see a faithful movie adaptation (as well as fans of the murder-mystery genre in general) will be pleased with this remake. If you're a stickler for detail and love blink-and-you'll-miss-it moments, you're gonna love this." —Chandra