An Honest Review Of 'Ocean's 8'

Taylor's got nothing on this #GirlSquad. 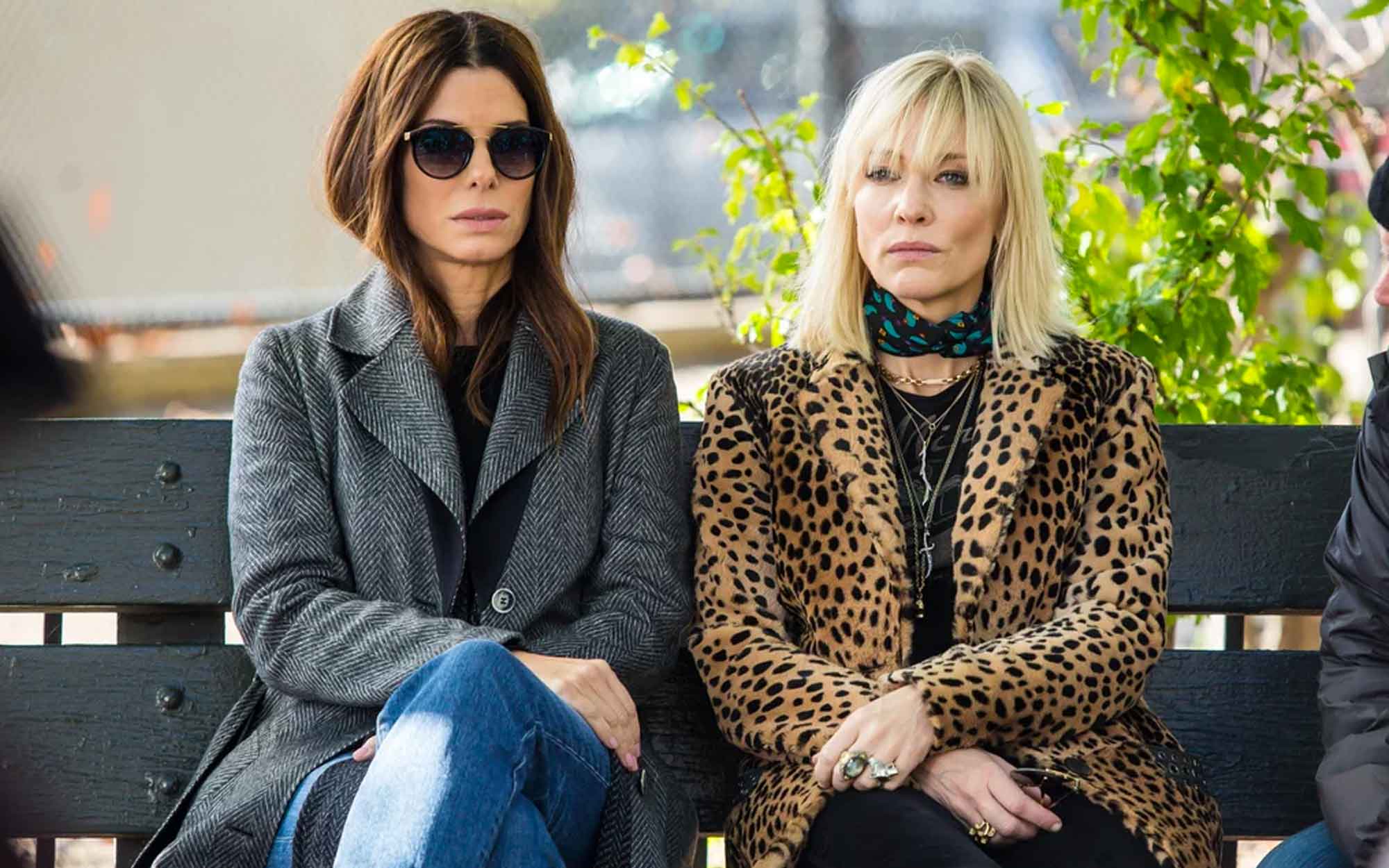 Keeping it in the family: Just like her debonair, slick-talking, fast-acting older brother, Debbie Ocean (Sandra Bullock), Danny's younger sister, has had a good long stretch in prison to plan the perfect heist. Only this time she's taking the hijinks off the Strip—way off, in fact, to all across the continental United States and right into the heart of New York City's Museum Mile. Instead of the testosterone-dripping, slot-machine-dinging backdrop of a Las Vegas Fight Night, we get the paparazzi-swarmed, fashion-filled annual Costume Institute Benefit, a.k.a. The Met Gala, as the night of the hit… and instead of stacks of Benjamins in attaches, it's a multi-million dollar diamond necklace with a sparkle you can ~most probs~ see from space. Best yet? Instead of a group of career criminal bros moseying off into the sunset, this time it's the women who now get to kick ass, take names and literally cash in on the fun. That's right: Debbie, together with her ex-partner-in-crime Lou (Cate Blanchett) recruit an all-girl, all-star gang to pull off the crime of a lifetime.

New York! The Met Gala! Rihanna! Rihanna at the Met Ball—and not dressed as the Pope, but still serving up some whoop-ass! Get ready for that trademark snappy, jazzy, sleight-of-hand Soderbergh signature that we've all come to love with the Ocean's franchise (he still produces, btw) but with more of an East Coast slick. Oh, and a lot more haute couture.

Also, this movie drops the mic on #SquadGoals: Sandra, Cate, Anne, Mindy, RiRi, Helena, Awkwafina, and Sarah ALL. IN. ONE. FRAME. All helping each other out, in their own superhero-specialty-skill way, because you know, #ThereIsNoIinOceanTeamwork.

Known as America's Sweetheart and The Girl Next Door, we've seen the Academy Award-winning actress in hit after box office hit since the early 1990s. Her latest nomination for Best Actress came in 2014 for her turn as Dr. Ryan Stone in the critically acclaimed sci-fi hit Gravity—where she, coincidentally, stars with her Ocean's 8 brother George Clooney.

Genovia! Not only has Anne earned an Academy Award (in 2012 for Les Miserables), she's also got a majorly prolific resume for both theater and TV (she's received an Emmy for voiceover work on Family Guy and The Simpsons!). Find her next in Serenity, opposite Rebel Wilson.

We'll most fondly remember the eccentric actress (and Tim Burton's muse) as The Red Queen and as Bellatrix Lestrange in the last four Harry Potter films, but fans of the quirky, rive gauche Londoner won't have to wait long for her next appearance: She's set to portray Princess Margaret in the next season of Netflix's The Crown.

Writer, producer, author, and all-around girl crush Mindy Kaling may have been charming us since her small-screen stints on The Office and The Mindy Project, but it was her portrayal of Mrs. Who in 2018's A Wrinkle in Time that's gotten us all excited for her Ocean's 8 big-screen top billing.

So, have you stocked up on your FENTY Killawat yet? When she's not, oh, basically taking the fashion, beauty, and entertainment worlds by effing storm (she's the most viewed female artist on Vevo/YouTube and is the top-selling digital artist OF ALL TIME), the Queen of All of the Things has also been steadily racking up her silver screen creds. She was most recently seen in Valerian and the City of a Thousand Planets with Cara Delevigne in 2017.

Fans of the irreverent actress, writer, and rapper might not be surprised to learn that the Queens, New York native—whose debut album included ditties like "NYC Bitche$" and "Yellow Ranger"—was was poised to break through in 2018. Parts in Neighbors 2 with Zac Efron and Netflix's Dude (2018) with Lucy Hale quickly shot her to mainstream recognition. What's next? A Comedy Central series.

Whether you love her from her creepy roles in the American Horror Story franchises or admired her docu-chops in The People vs. OJ Simpson: An American Crime Story, there's no genre that the veteran film and TV actress hasn't slayed. You'll get to see more of her in January 2019's Glass with James MacAvoy, Bruce Willis, and Samuel L. Jackson, which is the latest M. Night Shyamalan thriller and sequel to 2000's Unbreakable.

The smolderingly sexy Brit actor is best known to most Stateside audiences for his role as Thorin in The Hobbit trilogy, and perhaps for his story arcs on NBC's Hannibal and MI-5 and Alice Through the Looking Glass.

Sandra Bullock brings her trademark edgy, feline smolder to the fore, and at no point in the movie does her big brother's legacy overshadow her character. In fact, that's what I loved most about the film:

It's not about a man, or how this strong ensemble cast of characters relates with any man; it instead actually focuses on their agency as women and gives them real, unique personalities and quirks, as if, you know, they were independent people, full stop (imagine that).

I love the hip, rock n' roll foil that Cate Blanchett brought to their tandem—she also had my favorite outfits, bar none—and the whole vibe of "women helping women," set against my favorite city in the world during my fave night of the entire year (the Met Gala), really hit home. It was the most fun I've had watching a movie in a long time. It's a sexy, sophisticated caper that's unapologetically, finally female.