An Honest Review Of 'On Your Wedding Day'

Get ready for a bittersweet ending. 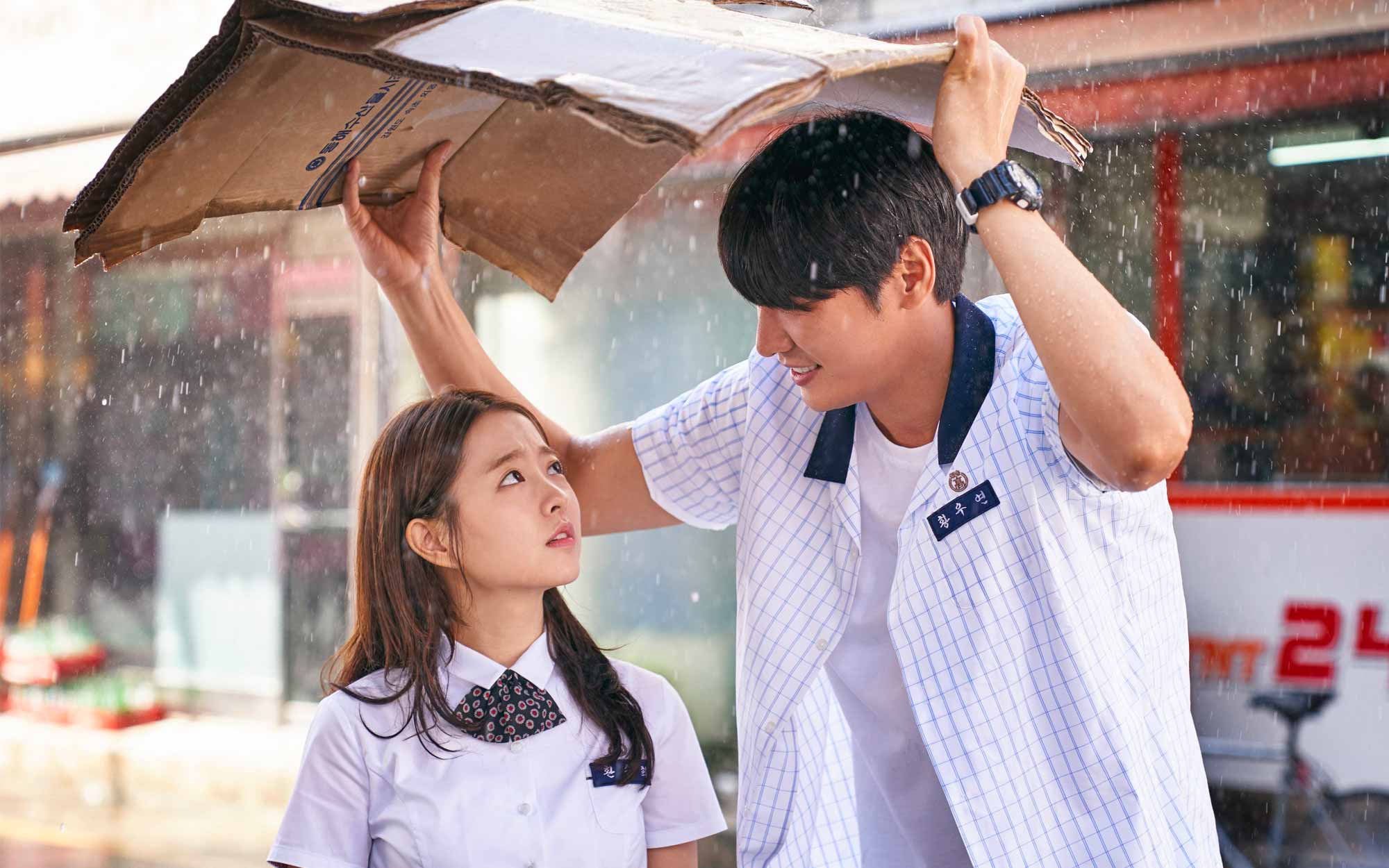 After all, love is all about timing.

It all started in high school. Hwan Seung Hee (Park Bo Young) transferred from Jeonju to the high school of Hwang Woo Yeon (Kim Young Kwang) during their senior year. They met in the teachers' office as Seung Hee was about to start her transferee orientation and Woo Yeon was receiving a beating.

Woo Yeon took this chance to introduce himself to the girl (who stole his heart) and wormed his way into hers from then on. Unfortunately, they had to part shortly after becoming close. Their lives crossed paths plenty of times after, and the movie showed what happens to the two in the span of ten years. The movie starts when Woo Yeon receives an invitation to Seung Hee's wedding.

It's about a guy who can't get over his first love and the importance of timing.

This pretty (and ageless!) actress most recently played the title role in Strong Woman Do Bong Soon.

Before this movie, the dashing actor played as a prosecutor in the thriller drama Lookout (2017).

What My Husband Thinks:

From the trailers and the published plots of On Your Wedding, I already readied myself for a bittersweet ending. I'm sure veteran K-drama fans did so, too. The parts where the lead guy gets invited to his ex's wedding and flashbacks to their cute past were already dead giveaways.

As for the actors, I was not familiar with Kim Young Kwang but I was very much excited to see Park Bo Young in an acting stint again. I saw her act tough in Hot Young Bloods (with Lee Jong Suk) and act super duper cuuute in Strong Woman Do Bong Soon (with Park Hyung Sik). In this movie, she was all-charms with a hint of spunk—there's a lot of aegyo and cussing, actually! She also was very convincing as the mature one between the two of them.

Young Kwang, on the other hand, was sooo attractive. He acted out "boyish man who will love you with all his heart" so well. It's hard not to fall for his charming smiles and romantic lines! You'll also miss your constants as you see his strong friendship with his college buddies (including Geun Nam played by Kang Ki Young, who never fails to be an entertaining supporting role!). Best of all, his chemistry with Bo Young was undeniable!

The story was nothing new—and that was okay! It served important life and love lessons without being too cheesy or unrealistic. The best lesson? Love is all about timing. You could feel kilig at one point but realize you're just not meant to be with the person at the next moment. The important thing is you work hard for what you want, go for it, and be mature when it doesn't work out.

Fans of Korean rom-coms about the ever-memorable cho sarang. And ~*SPOILER ALERT*~ it's also perfect for anyone willing to feel their heart flutter then have it break a little, and anyone in need of a refresher course on moving on.

Catch On Your Wedding Day in select cinemas nationwide.