An Honest Review Of 'Queer Eye'

This time it's more than just makeovers. 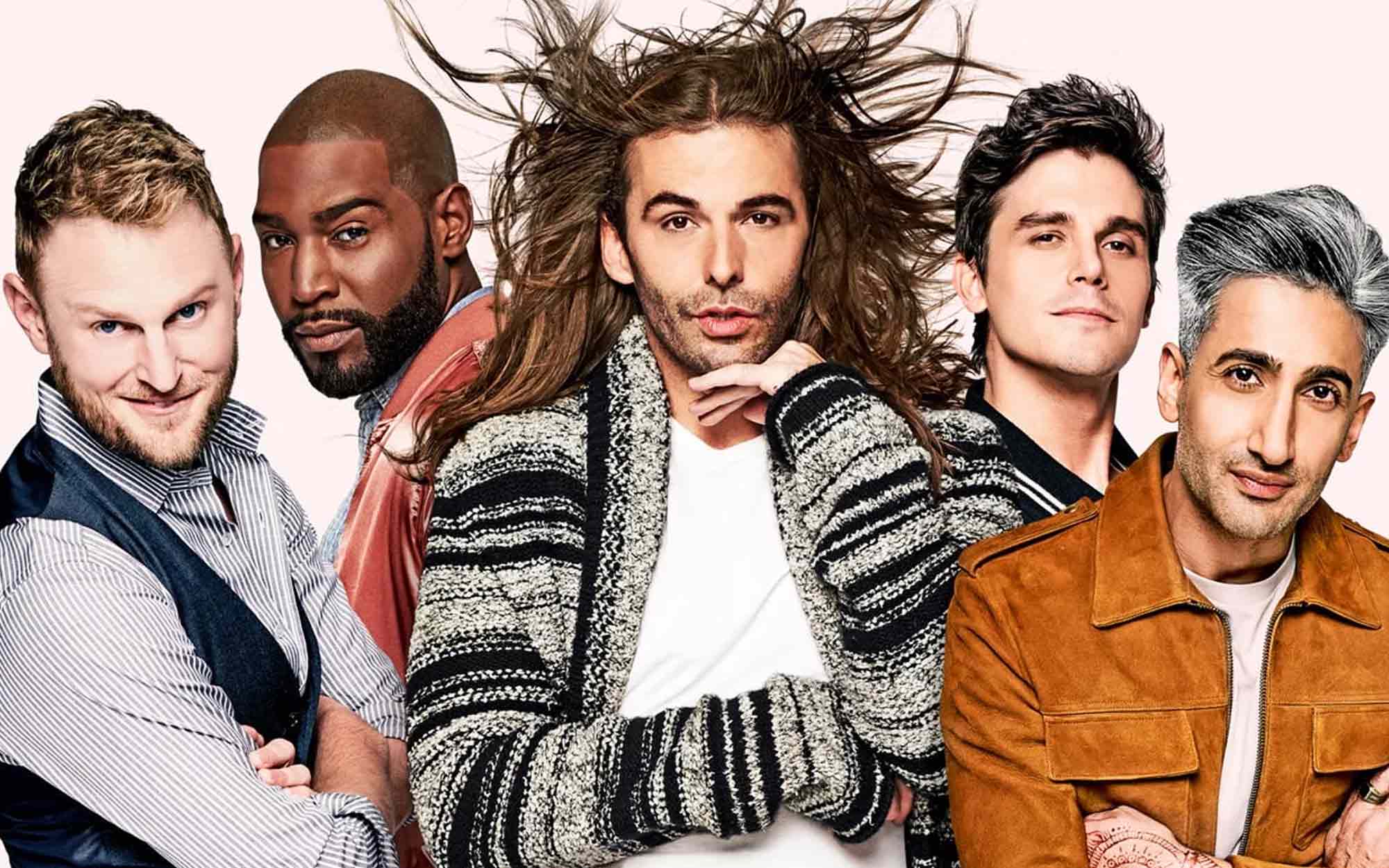 Remember Queer Eye For The Straight Guy, a hit makeover TV show that ran from 2003  to 2007? Netflix created a modern reboot, featuring the new Fab Five who go around town to give guys makeovers and advice on fashion, grooming, interior design, food, and culture. The new Queer Eye has gone outside the original show format by including their first gay guy makeover, and engaging conversations on sensitive topics like gender equality, self-acceptance, Black Lives Matter, and other LGBTQIA issues.

It's the millennial version of 2003's Queer Eye For The Straight Guy, and this time it's more than just makeovers.

This celebrity hairstylist was nominated for an Emmy for his web series, Gay Of Thrones, which ran from 2013 to 2017. He also hosts a bi-weekly podcast and runs two salons—one in LA and one in New York. Fans consider him the funniest and most energetic member of the Fab Five.

Probably the most handsome of the bunch, this Polish-Canadian chef is also an actor with a few small projects under his belt. Sadly, there's a growing community of conspiracy theorists who think that Antoni cannot really cook because all the meals he prepares in the show are too basic. We say leave this cutie alone, haters! All you have to do is stalk his IG to see his amazing kitchen creations IRL.

An openly gay Muslim born to Pakistani and English parents, this English fashion designer was busy running his clothing line in England before being tapped to be the fashion guy at Queer Eye. You'll fall in love with his posh accent as he explains the difference between chinos and skinny pants in the show. Sorry guys, he's married!

He started out as a housemate in the 2002 MTV reality series, Real World, where he became the first openly gay African American in the history of reality TV. He pursued a career in TV hosting, writing, and producing. He is also an activist who founded 6in10.org, an HIV awareness organization. His most emotional experience in Queer Eye is episode three where Karamo finds himself discussing police brutality and Black Lives Matter with the cop they're making over.

This successful American interior designer runs his own home design brand called Bobby Berk Home. He seems like the busiest member of the Fab Five because he's in charge of leading a separate renovation team that revamps the entire house or at least one room where the makeover guy lives. The transformations are so magical that they deserve their own TV show!

Who would have thought that a makeover show could bring me to tears after each episode? I don't remember crying this much with the original 2003 to 2007 version. Amidst Jonathan's crazy antics, Karamo's life lessons, Tan's shopping sprees, Bobby's carpentry, and Antoni's handsome gaze (sigh), there are poignant discussions on topics like equality and self-acceptance. The Fab Five are able to organically bring out deep-rooted stories and emotions from their subjects—and everything becomes much more than a makeover. You will find yourself dissecting every element of the show—which makeover was the best, which Fab Five member is the hottest, and why we all need a little makeover in our lives. After watching half of season one, I found myself cleaning my room, reflecting on my life, organizing my family albums, and revamping my closet while screaming, "Yasss, queen!"

What My Straight Male Friend Thinks:

"If y'all want a good cry, try watching the new Queer Eye reboot on Netflix. It maintains the same formula as the previous Queer Eye from many years ago, but this time it's kept up with the times and has found a way to become more relevant. Grabe siya, guys. Get your tissues ready." —Mikey Del Rosario, Director

Fans who miss the original Queer Eye show, and people who need a little inspiration in their lives—whatever your sexual orientation and age.

Queer Eye is available on Netflix.