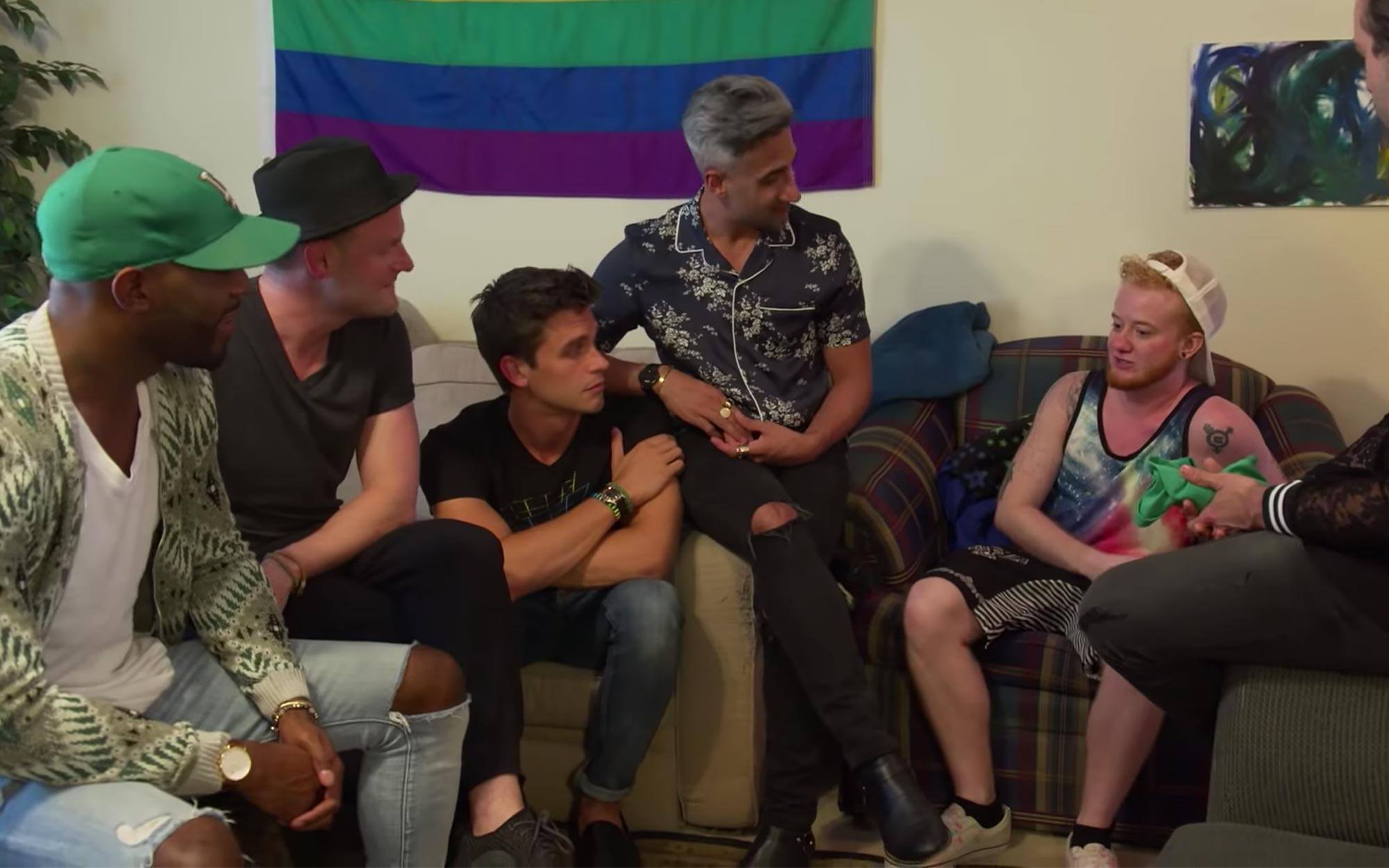 You still need to get your tissues ready!

The 2018 reboot of Queer Eye has proven to be a hit, as producers released the second season just three months later. While the Fab 5 continue to do what they do best—Tan for fashion, Jonathan for grooming, Bobby for interior design, Antoni for food, and Karamo for culture—the show is challenging the formula with a few twists and turns. And yes, it's still more than just a makeover show.

Queer Eye finally breaks tradition by making over their first straight woman and a transgender man.

Still the funniest and most energetic of the Fab 5, Jonathan does more than just great hair makeovers. When he's not busy filming for Queer Eye and running his two hair salons, he records a weekly podcast called Getting Curious, which talks about serious issues like environmentalism and politics.

This hottie was the subject of conspiracy theorists who argued that Antoni is not a real chef because all the meals he prepared in season one are too easy. Not that he needed to prove anything, but will he finally redeem himself in season two? Spoiler alert: Yes. He even prepared culinary snacks for the Fab 5 as they watched videos in their living room.

Queer Eye's resident style guy doesn't just make over subjects on the show; he also helps viewers by giving quickie fashion tips during the credits. CGs, if you want to know what it would be like to get a makeover from Tan, just shop from his women's clothing line, Kingdom & State. He will also be releasing his fashion memoir come spring 2019. Can't wait!

Season two sees him emerging as the group leader. Unlike the original Queer Eye where "culture" meant manners and sophistication, Karamo's makeover is more of self-help and self-actualization. Bobby revealed in an interview that Karamo is a great listener and that they even refer to him as "Karoprah."

He seemed to be behind the scenes too much in season one, so we're glad to see more of Bobby in season two. He elevates his interior design game as he tries to make over a church's community service center, a teenager's apartment, a young mayor's office, and a hippie's entire home that needs to relocate after the show.

Episode one of season two got me confused and thinking, "What is going on here? Wait, who's really getting the makeover?" Enter Queer Eye's first straight female subject, Tammye. She is a devout Christian mother who lives in a town called Gay, with a population of 89. Tammye clearly didn't need much of a makeover in the hair, wardrobe, home interior, and most especially, cooking department. As for the interior design makeover, she asked Bobby to renovate her church's community center instead. Karamo meets her son Miles, who, after coming out as gay, left town because he doesn't feel welcome in his church anymore. He and mom Tammye try to sort out deep-rooted issues. We also see Bobby revealing why he, too, stopped going to church. Whew, what an emotional episode!

In the remaining episodes—including the ones with their first transgender man, a teenage boy, and a 34-year-old mayor—we see that it's no longer just about the heroes, but about the town they're living in, as well as the Fab 5 themselves. Remember Karamo's emotional experience in season one, episode three, where he discussed Black Lives Matter with the cop they're making over? Season two sees the other members of the Fab 5 breaking down their picture-perfect images and sharing their own struggles as gay men. You might not be crying as much as you did in season one, but you still need to get your tissues ready!

"I came in watching season one without a clue that it would be so emotional and heartbreaking (an understatement, really HUHU) that this time around, I had my tissue ready for the new season.

Season two still pulled at your heartstrings but dug deeper into the Fab 5's personal struggles as gay men. It was refreshing and so intimate for them to want to be seen as real human beings and not just hosts of a makeover show. Queer Eye for the 2018 audience is not only for the straight guy but for all—gay, trans, cisgender, whatever gender you associate with—and I LOVE IT." —Cindy

Fans of the show who couldn't get enough of season one, and people who are stuck in a rut and need a little nudge in their lives. The new season will inspire you to do better and be better.