An Honest Review Of 'The Day After Valentine's'

It’s not your typical Pinoy romance. In fact, it’s not much of a romance at all. 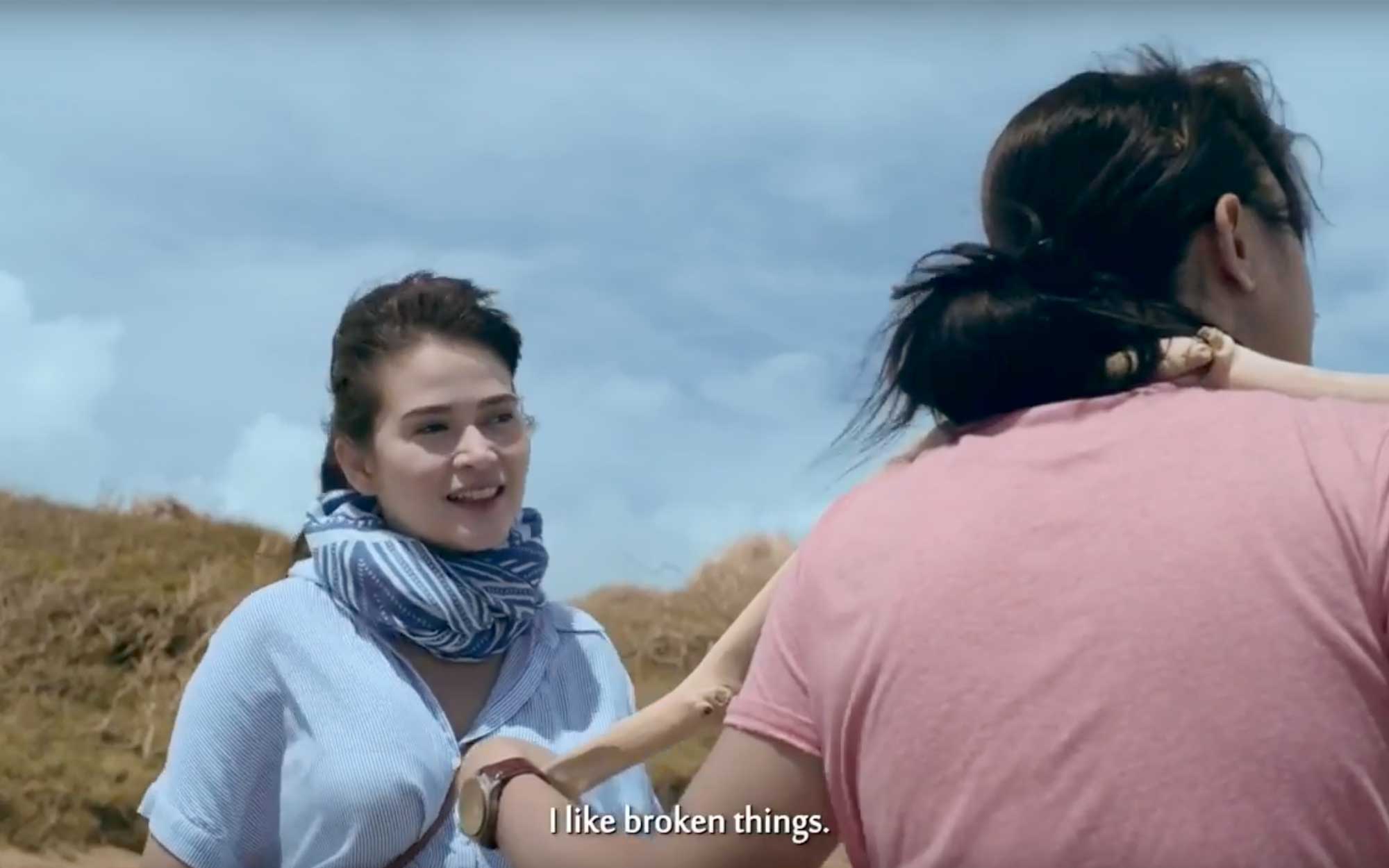 Kai (JC Santos) walks into a clothing store in search of arm socks. That's where he meets Lani (Bela Padilla), a store assistant. The shop is closed for the night but Lani allows Kai to buy what he needs. The two become fast friends. Kai opens up about a heartbreak. Lani helps him heal and forget. The two are inseparable. When Kai has to go home to Hawaii where his family lives, he invites Lani to join him.

Bela was last seen in the movie Meet Me in St. Gallen with Carlo Aquino.

JC was last seen in the movie Mr. & Mrs. Cruz with Ryza Cenon.

I have to admit that I didn't watch the trailer before seeing the movie, so I actually had no idea what it was about. I thought it would be one of those cheating movies. You know how people say that mistresses celebrate Valentine's day after February 14 since that date is reserved for the wife or girlfriend? Of course, I soon found out that it's not one of those cheating movies.

The film is actually quite interesting because it kept me guessing until the end. It's not your typical Filipino romance. In fact, it's not much of a romance at all. Remember the movie Sid & Aya? The subtitle "Not A Love Story" is better suited to this movie. Nevertheless, The Day Before Valentine's is a film that most people would still be able to relate to.

Bela and JC were, as expected, convincing as Lani and Kai. There's no question that these two can act. They've proven it in 100 Tula Para Kay Stella and their other movies and they did not disappoint in this film. Chemistry-wise though, the story hardly allowed them to show viewers the spark we know they're capable of having.

While I wouldn't consider the movie to be bad, there were some problematic parts for me. One is the sudden change in the intensity of how Lani and Kai felt about each other. It just seemed to me like it was all so sudden, no explanation or transition to explain the change after Hawaii. The other thing is the movie's title. In the end, it felt forced and something like a movie version of clickbait.

"I liked that the story is a bit novel and we are left wondering how it will all play out until the last scene. Hawaii as a backdrop was also a nice touch. I was looking for the JC-Bela chemistry I saw in 100 Tula Para Kay Stella but sadly, it wasn't as evident here. Overall, the movie is just okay." —Mina

Anyone who can relate to being broken.