1 Oh no! Hong Kong has decided to officially impose sanctions on the Philippines over the August 2010 bus hostage incident that left eight Hong Kong tourists dead. It was reported in the South China Daily Post that “Hong Kong will cancel visa-free arrangements for Philippine officials and diplomatic passport holders in the first phase of sanctions against the country in light of the Manila bus hostage crisis.” (interaksyon.com)

2 OMG, have you seen the official trailer of the highly-anticipated film adaptation of The Fault In Our Stars? SO.MANY.FEELINGS. Grab your tissue boxes CGs, because this movie’s going to be a real tearjerker!

3 The National Bureau of Investigation has obtained CCTV footage from Forbeswood Heights Condiminum that supports Vhong Navarro's story of what really happened on the night of his attack. In a series of screencaps released by the NBI, Cedric Lee is seen entering the building three minutes after Vhong, while Deneice Cornejo rides an elevator going down to the condo's lobby a few minutes after Vhong goes up to her unit. (PEP.ph) 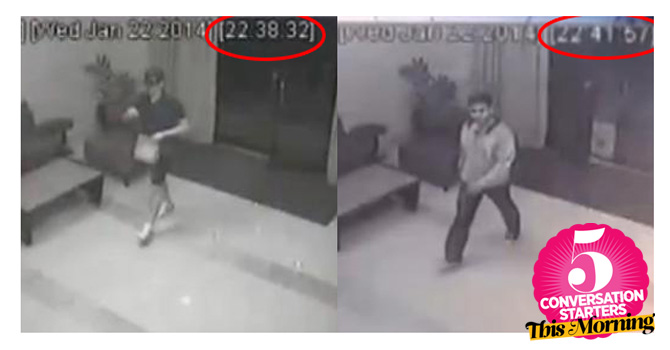 4 Gwen Stefani’s band No Doubt has reached out to the Philippines after receiving an e-mail from a Filipino fan, Arvee Fider, asking for help to sell his work of art that won first prize at the 2012 Talenthouse Design. Inspired by his idea, the band has decided to make a special edition t-shirt of Arvee's "Speaker Box" design with 100% of the profits going directly to Save The Children. The shirt will also display a message on the back that reads "For the Philippines (Para sa Pilipinas)". (nodoubt.com)

5 And the Frozen craze continues! How cool is this cosplay of Elsa and Anna? It’s like they’ve really come to life! Now, let’s go build snowmen. (blogs.disney.com) 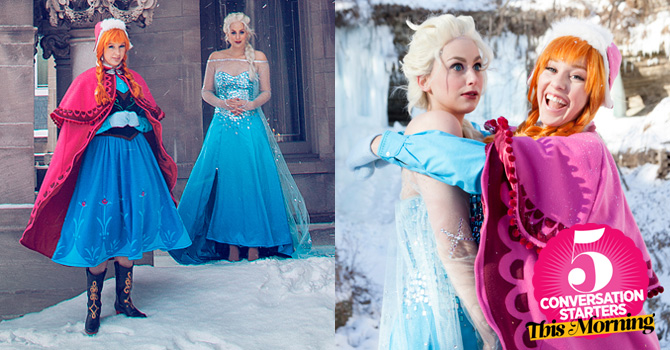