How Solenn Heussaff Reveals Her Wild Side

The former Cosmo cover girl and Temptation Island star shows her support for a hot new TV show and a fun mixed beverage you might love, too!
by CJ de los Santos | Aug 9, 2011
Post a Comment 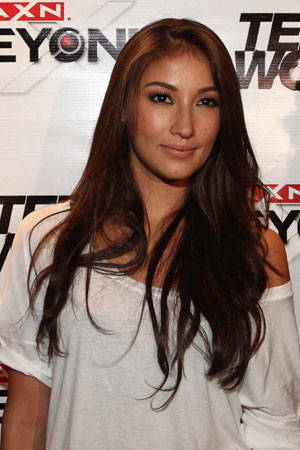 Solenn Heussaff is quickly making her way to the top of the entertainment scene. The multi-talented Filipino-French TV and movie star is also a professional makeup artist, painter, model, singer, and fashion designer. And, more recently, she has become a much sought-after endorser.

Last year's transition into acting propelled her into the mainstream showbiz scene, leading her not just to the cover of Cosmo in February 2011 but also to roles in My Valentine Girls opposite Richard Gutierrez and Temptation Island alongside hot actresses Marian Rivera, Heart Evangelista, and Lovi Poe (who've all been Cosmo cover girls, too!).

Now, we get to see another side of Solenn, as she was recently introduced as the endorser of two exciting brands you yourself could enjoy. One is Antonov Vodka Mixed Drinks, a new line of affordable, fruit-flavored beverages from the vodka brand that you can enjoy during house parties. The other is a new supernatural series to blow up TV screens globally: MTV's Teen Wolf, which you can watch on AXN Beyond. Solenn promotes the show through an interactive online and on-screen campaign, where she reports exclusive Teen Wolf news and interviews, contests for fans, and lifestyle and fashion tips for unleashing your wild side!


Launch the gallery to see this fab cover girl and her fellow celebs in these two exciting events!