2 Maja Salavdor is currently living it up in Greece with fellow Kapamilya stars John Lloyd Cruz, Rayver Cruz, and Zanjoe Marudo, for a special concert in Athens!

3 OMG! The Mean Girls musical will be officially launched in Fall 2017 in Washington, D.C.! OG Mean Girls creator Tina Fey and her composer hubby Jeff Richmond have been working on the musical adaptation of the 2004 cult teen movie for years now when they made the surprise news on, you guessed it, October 3rd on Twitter! A list of the musical’s song titles were also revealed in a following tweet. So grool. (Just Jared)

4 Who else could be on the cover of Sparkling’s September 2016 issue but our absolute fave oppa Song Joong Ki? Sparkling’s cover story gives you an exclusive peek into the Descendants of the Sun (DOTS) hottie’s first fan meeting in Seoul after his rise to superstardom. And yes, all of us SJK fans have to take their special DOTS quiz! Sparkling’s September issue also features a flip cover with boy band BTS. 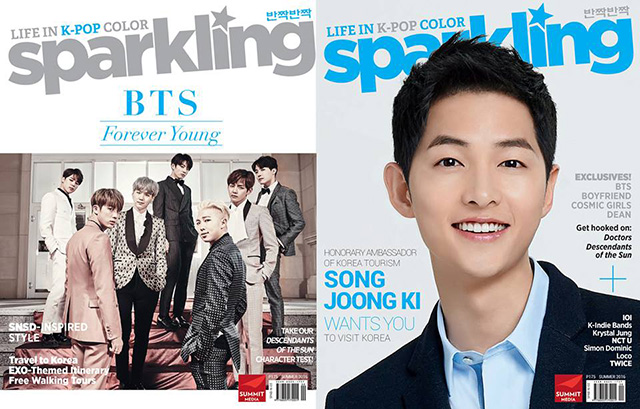 5 October just got a whole lot better with ETC’s October lineup! After eight seasons, the Vampire Diaries is coming to a close with their final season premiering on October 22 and every Saturday after that at 3 p.m. and 9 p.m. Scream Queens season 2 on the other hand is currently showing on Wednesdays at 4 p.m. and 9 p.m.