Close
WATCH OUR VIDEO SERIES!
© 2021 Cosmopolitan Philippines
Sorry, no results were found for
Follow REALME on

How do you show the *real* you online? If it means doing something you love despite what others have to say, then you might want to join realme’s Dare To Be You movement. ICYDK, realme is one of the leading smartphone brands in the country. It aims to empower the youth in their latest campaign in time for the brand's Global Fan Festival this year. They recently tapped Pinoy influencers to take part in their latest campaign by sharing success stories that will definitely inspire you through and through. Here are some of them:

When it comes to the local drag scene, Prince de Castro isn’t one to shy away from showing his artistry. In his recent IG post, he said “Being feminine and doing feminine things do not define one’s gender identity, sexuality, and everything else they do in life. And most importantly, it doesn’t make anyone less valid.” Nothing can stop Prince from expressing himself and unleashing his creative talent. In fact, he continues to show his love for drag through his Prince Merch and Prince Beauty line. He wants to remind us that, “No one should be criticized for being who they are and doing the things they love.” 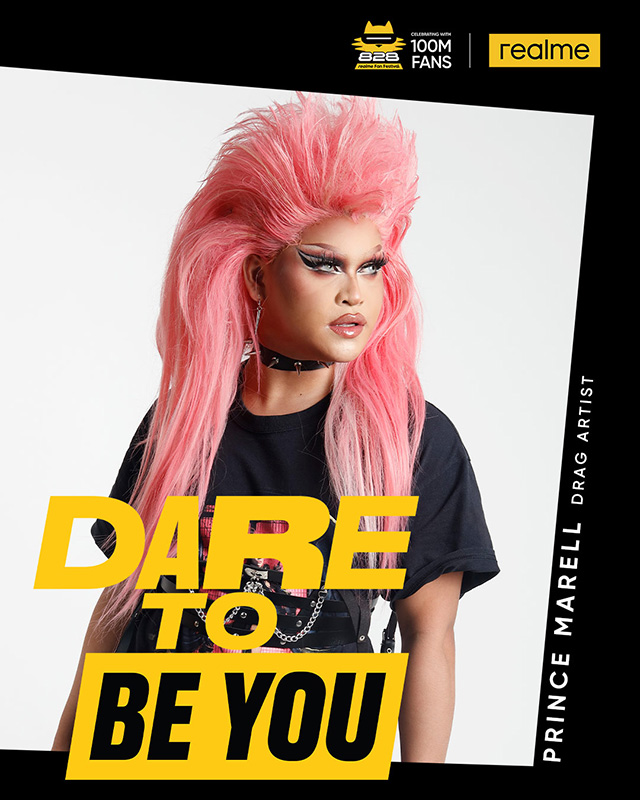 What Carl deduces from his self-talk, he applies to his everyday life. The Pinoy fashion designer wants to get to know himself better without others’ unsolicited opinions. “If I want to do [something], [I ask myself,] what do I have to do to be able to achieve this or enable myself [to] do this kind of thing?” he says. By taking time for himself, Carl is able to realign with his goal in championing Filipino design through his works. He shares, “In this lifetime, what really matters is that you would leave the memories behind and you would be remembered for being who you are.” 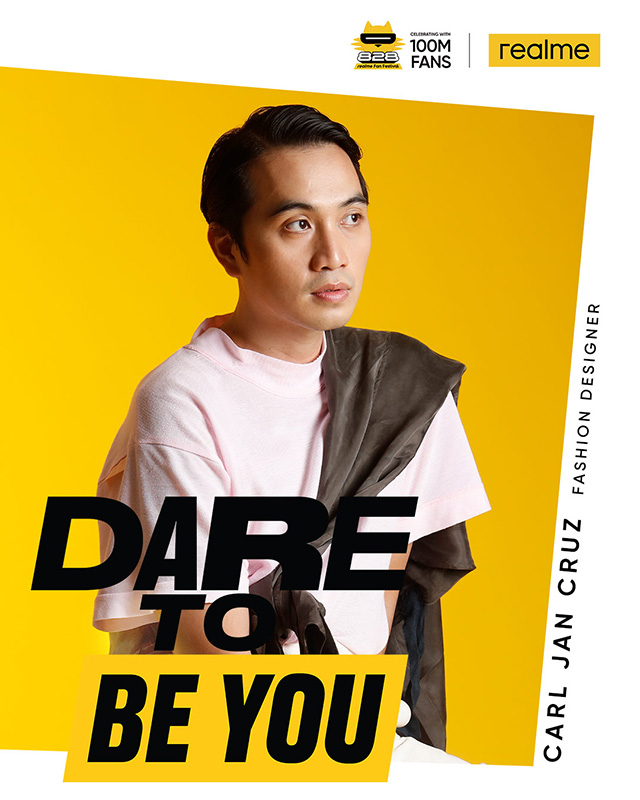 Pursuing an e-sports career might seem like an unconventional path but it’s something that Caisam “Wolf” Nopueto has learned to accept. “Na-realize ko na wala eh, this is really what I want, and [I] have to be daring kumbaga,” he says. Being an e-sports shoutcaster and analyst not only allowed Wolf to make a living; it also became proof of his determination despite a health issue. FYI, he chose the codename “Wolf” because it’s the Latin translation of lupus, the autoimmune disease he’s been battling with. “I thought na if I channel this [disease as a strength] instead of treating it as a weakness, mas magiging successful ako. [And] that’s what I did,” he explains. Wolf continues by saying, “That’s why it is very important to me to be daring to be [myself]. No matter how challenging it might be, as long as you know yourself, wala kang hindi maaabot.” 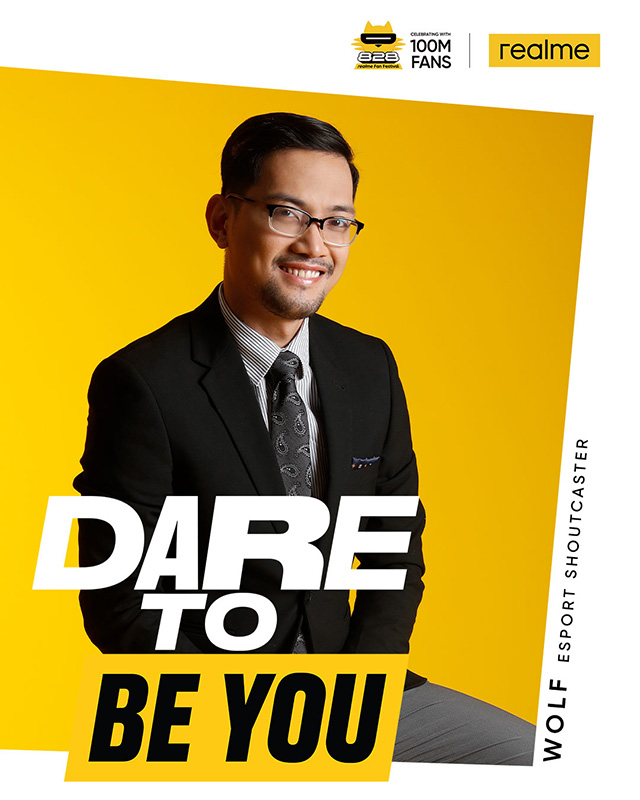 This 21-year-old Filipino-Chinese model allows herself ample room to evolve. She knows there are sides to herself simply waiting to be discovered. “[By pushing ourselves] to go beyond, we might be able to discover more about new skills that we’ve never learned before,” she says. “[Which is why] I think that [it] is amazing if you dare to be yourself.” Admittedly, though, it wasn’t smooth-sailing for her—for one, booking gigs in the fashion modeling industry tends to be a constant struggle. But, as she says, “[You] have to remember why you wanted to do this and what drives you to continue on with your passion. The drive that constantly pushed me to do what I love is the creativity behind modeling.” Mika’s most recent achievement: Winning an international modeling competition last year! 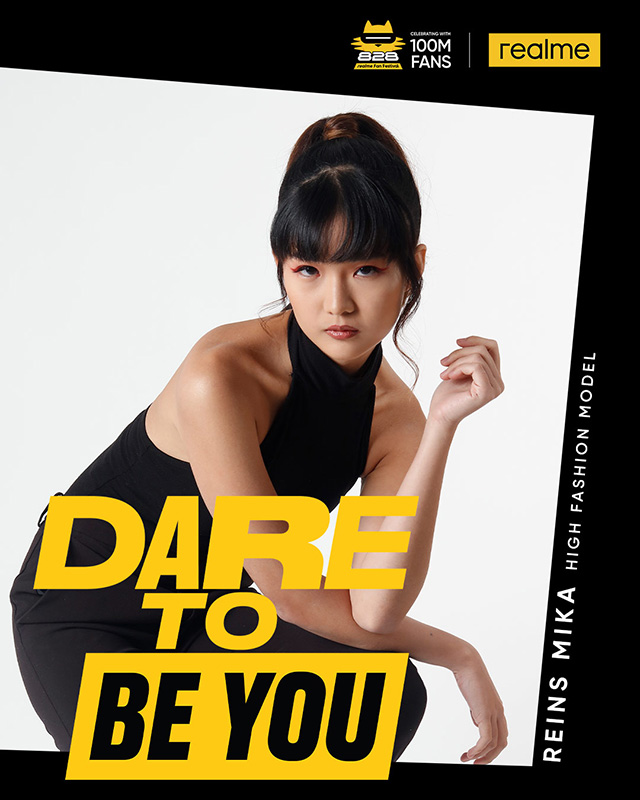 Ryuji leads #TeamRyujiShiomitsu, a team of local creatives styling celebrities and private clients alike! He believes the creative industry deserves *more* recognition and appreciation for the work they do. His advice for fellow creatives: Being ‘unapologetically you’ regardless of what anyone says! “No matter how bad people receive your art, what you do will always be valid. Your value as a creative will never depreciate,” he shares. 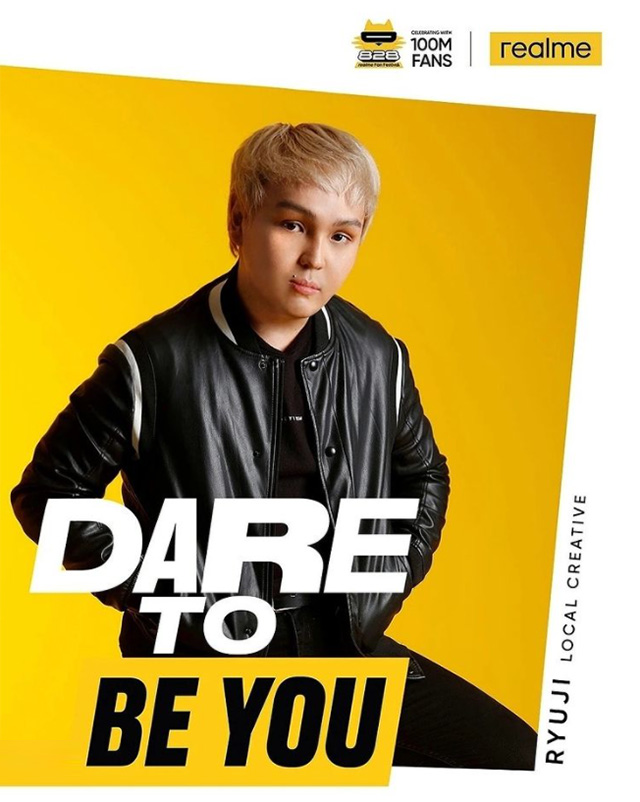 By daring to be themselves and challenging the norm, these influencers got to know their worth and embrace who they really are. Now it’s your turn to do so by checking out realme’s Dare To Be You campaign at the realme Global Fan Festival happening until August 28. Enjoy exclusive promos and don’t forget to be yourself!

This article was created by Summit Storylabs in partnership with REALME.
Shop the items in this story!