All The Deets Inside Bea Alonzo's P2 Million Artista Van

Her seats are inspired by Etihad Airways' business class cabins!
by Nikko Tuazon for Pep.ph | 5 days ago
Post a Comment
Featured

Bea Alonzo has been in showbiz for two decades now, but it's only recently when she finally decided to invest in her own "artista van."

On Saturday, October 9, 2021, the GMA-7 actress gave her YouTube subscribers a tour of her mobile home. 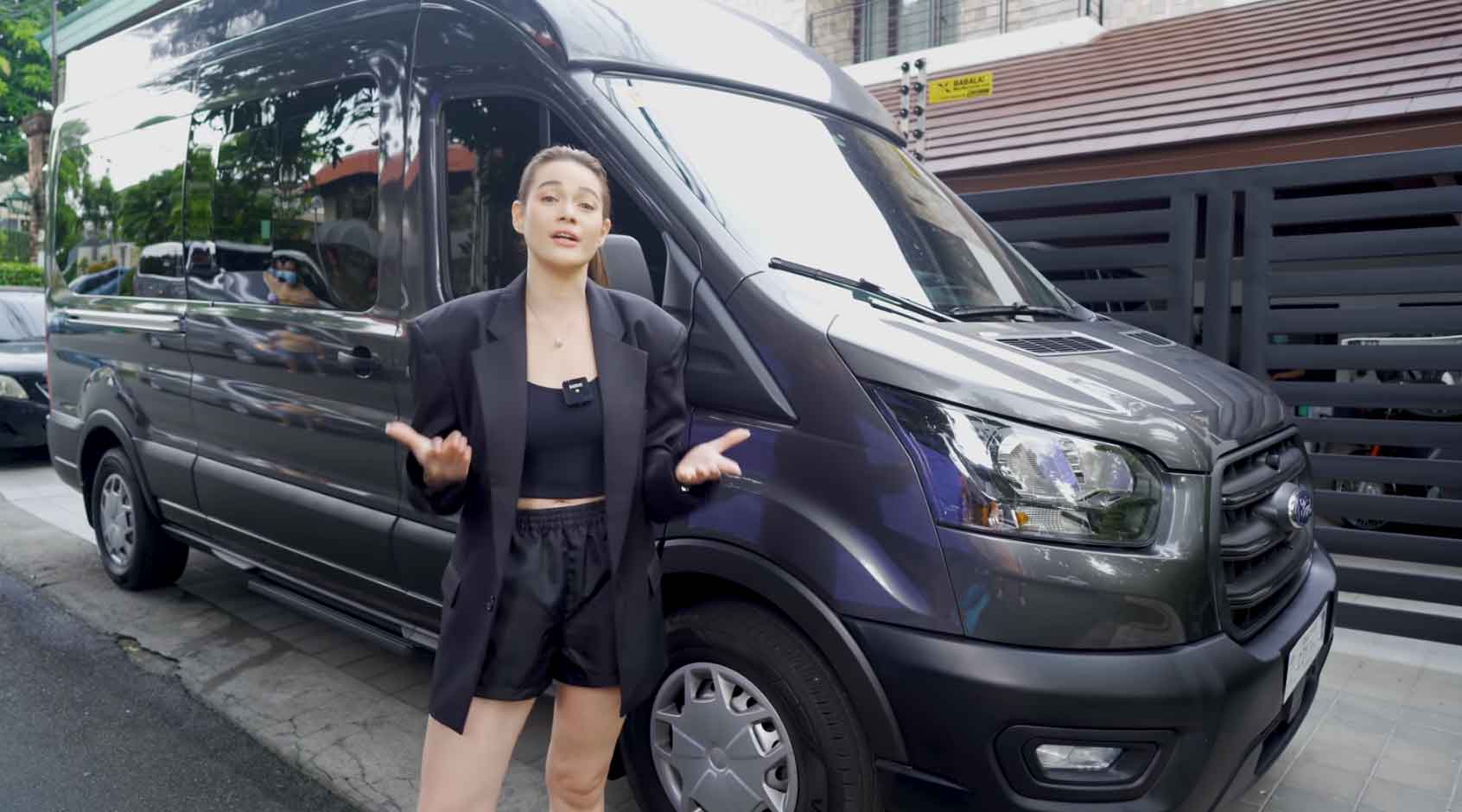 Bea got herself a Ford Transit, which now serves as her taping van. According to Ford's official website, the 15-seater car is currently priced at P1,999,000. She probably spent more because of customizations.

In her vlog, Bea revealed that it was the COVID-19 pandemic that really made her decide to get her own "artista van."

She explained, "I've been in the business for 20 years but I've never had an 'artista car' before. Well, before kasi, I never really felt like I needed one since kadalasan naman, kapag nagpupunta kami sa set, nasa tent na kami agad.

"Until nagkaroon ng COVID. And feeling ko, ngayon, it's become a necessity para sa trabaho namin because we go to a lot of different places...

"And now that there is already this virus going around, parang feeling ko, you really need that special place that could be your refuge away from the virus and away from everybody because ngayon, kailangan talaga natin ng social distancing."

Bea also uses the van every time she goes to her farm in Zambales.

"And kahit na pag pumupunta ako sa farm namin, it's like five hours away from Manila, ayoko na sana yung bababa pa ako ng gasoline station to use the restroom, only because there is the pandemic that we are facing, ano."

Here are some of the interesting things inside Bea's taping van:

Before anyone can enter the van, Bea requires everyone to sanitize and clean themselves first to prevent contamination.

She bought her acrylic organizer, box, and sanitizing kit from Lazada. 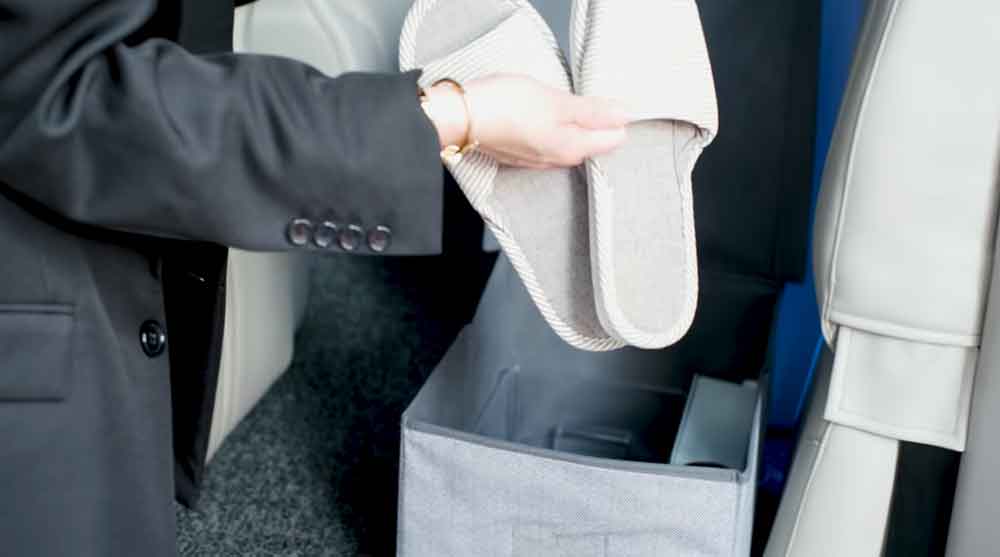 Bea revealed that she really wanted airplane cabin-like interiors for her van.

She decided to remove all the seats inside and placed two custom massage car seats, inspired by Etihad Airways' business class cabins. 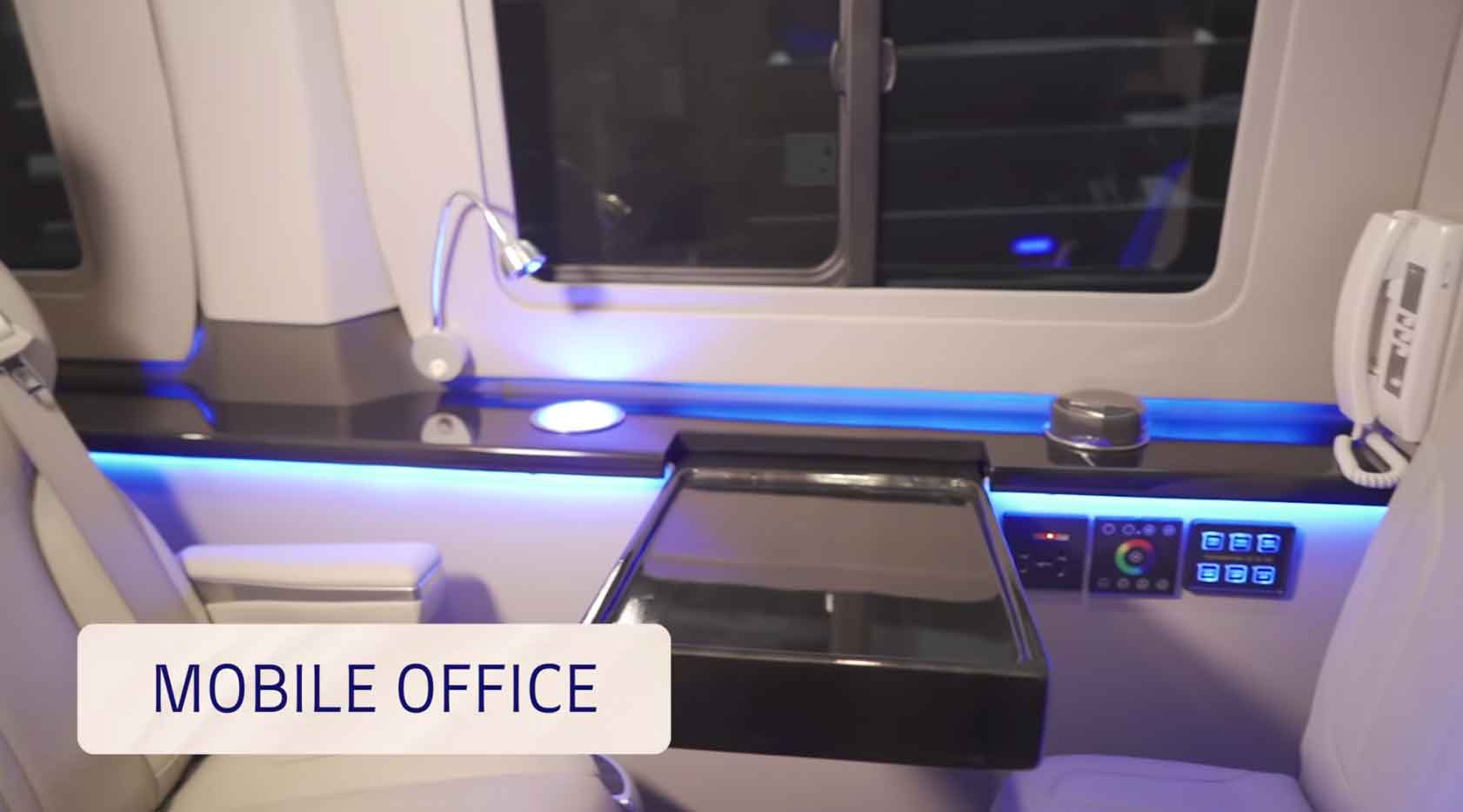 The pull-out seat also serves as Bea's leg rest any time she feels like going on snooze mode. 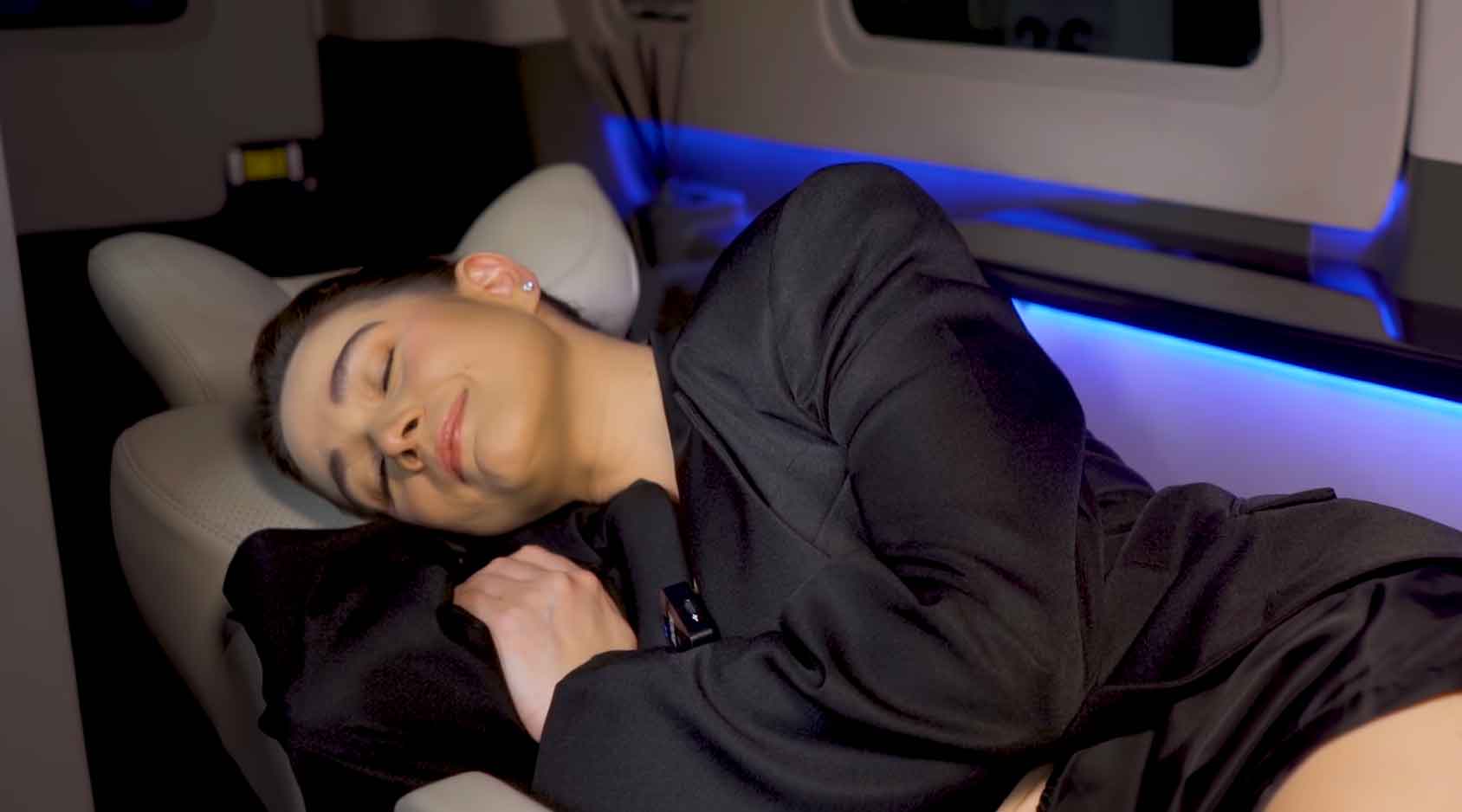 One of Bea's favorite features of the van is the virtual assistant Alexa, which she uses to control the blinds and some of the lights.

"But it's something that I really want for fun. I'm not guilty about it." 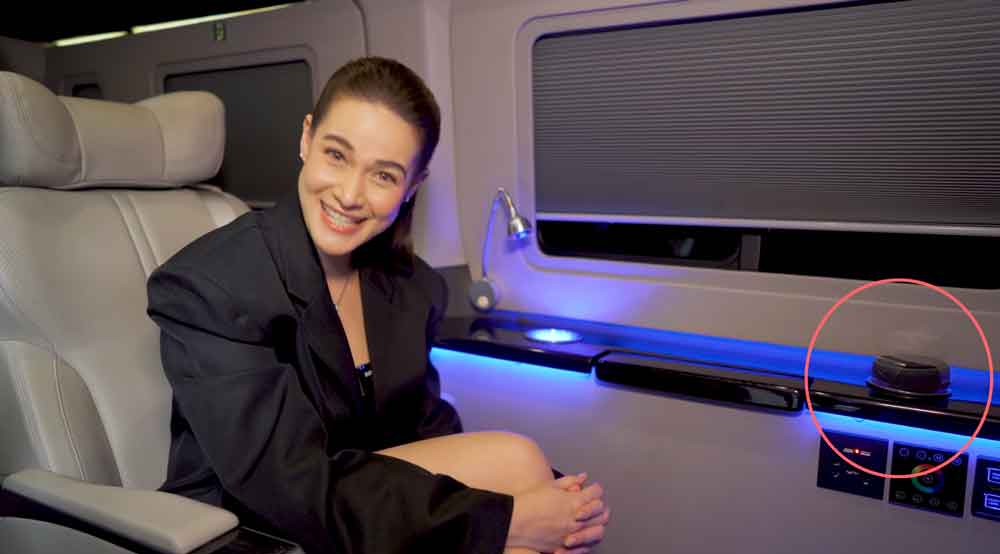 In front of the "captain's seat" is the media control system.

Bea also installed a smart TV and wifi inside her van so that she can watch her favorite shows on Netflix or even check the status updates of her vlogs during her downtime or every time she's not doing anything on set. 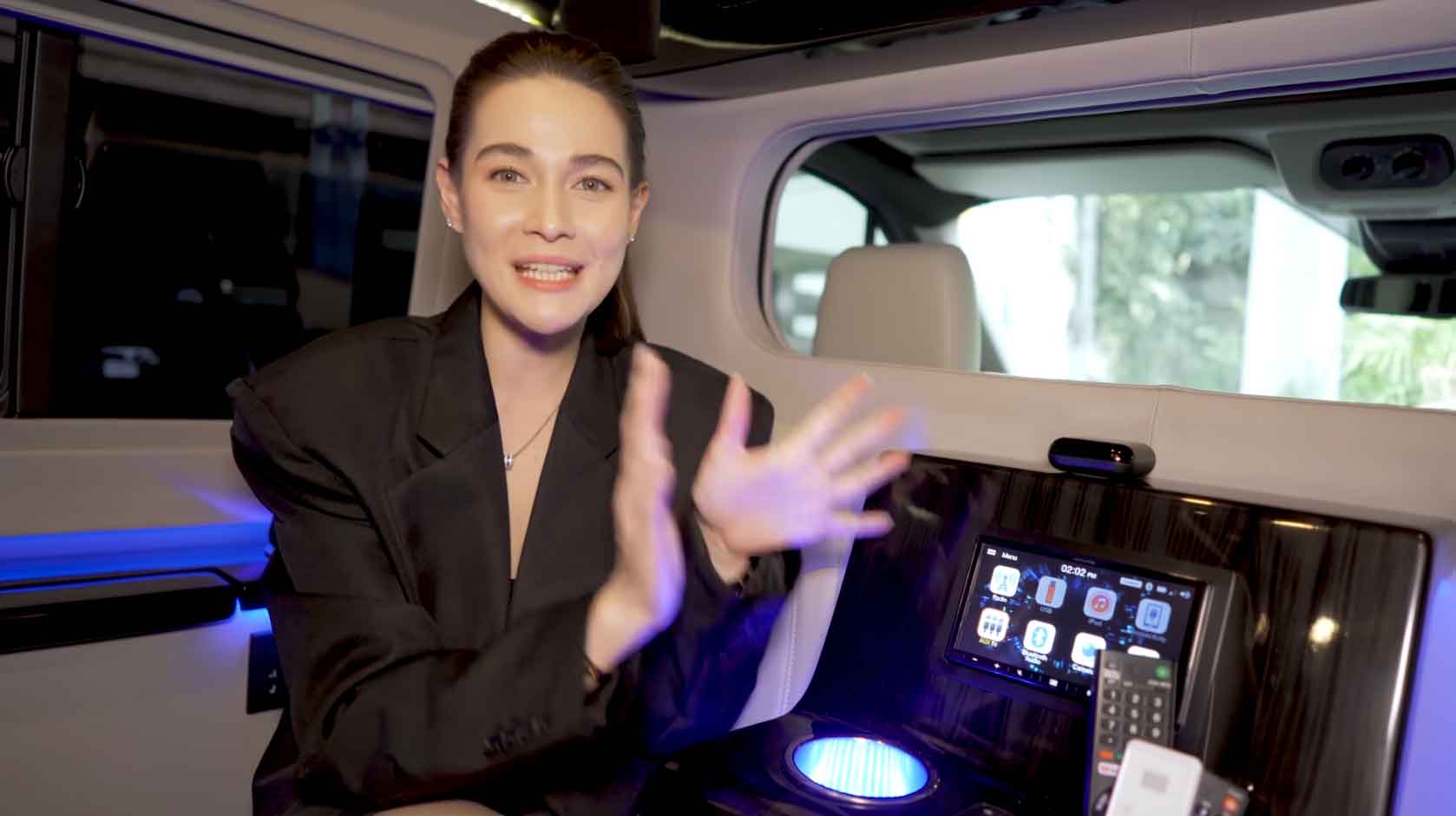 Below the media control system, Bea placed a coffee station. 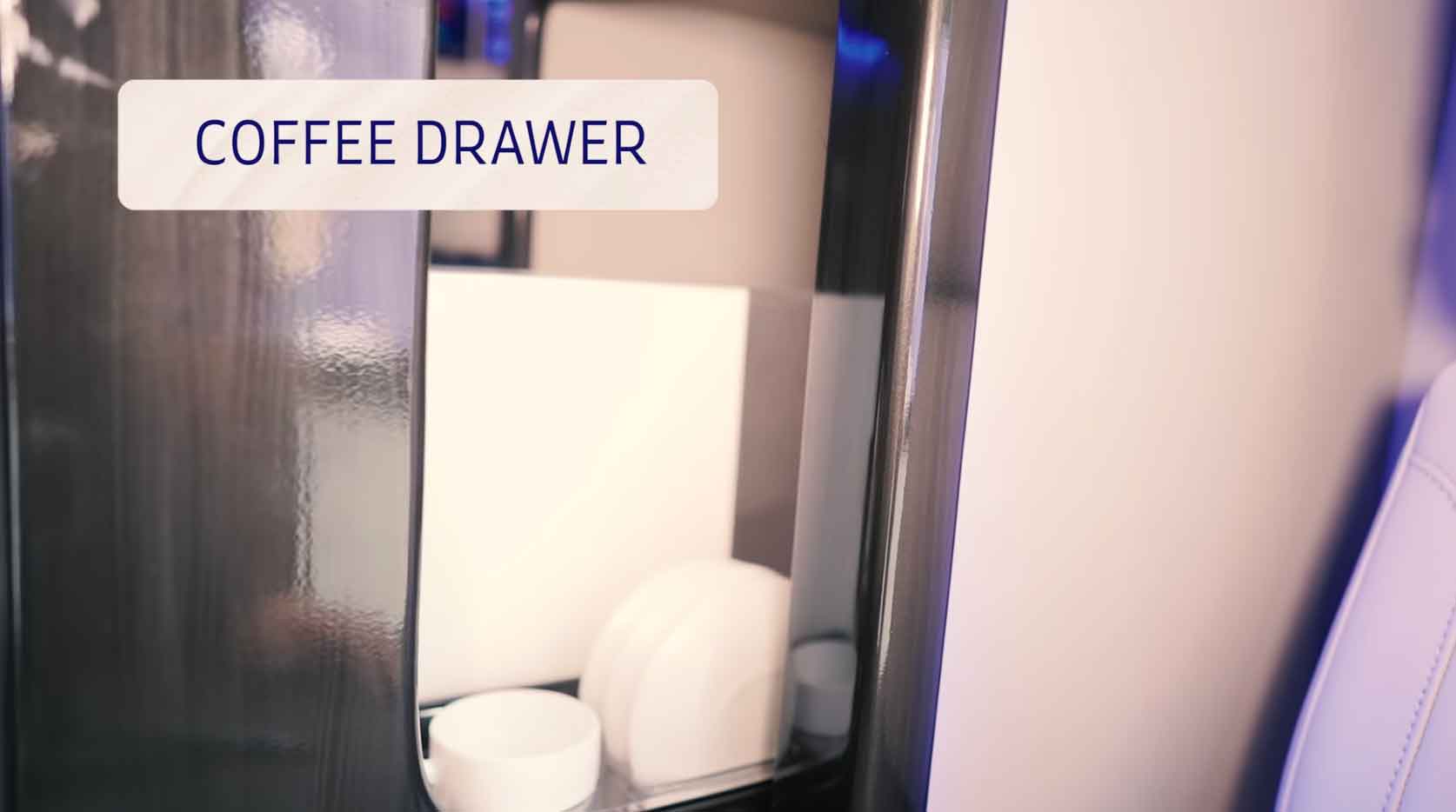 She also has her own microwave oven inside the van because Bea makes sure to reheat her food.

The actress added that this is also her added protection from COVID-19 since reheating food reduces risks of contamination.

Being a neat freak, Bea also installed at least five overhead compartments which she uses to store her utensils, scented candles, medicine and first-aid kits, velvet hangers, and snacks. 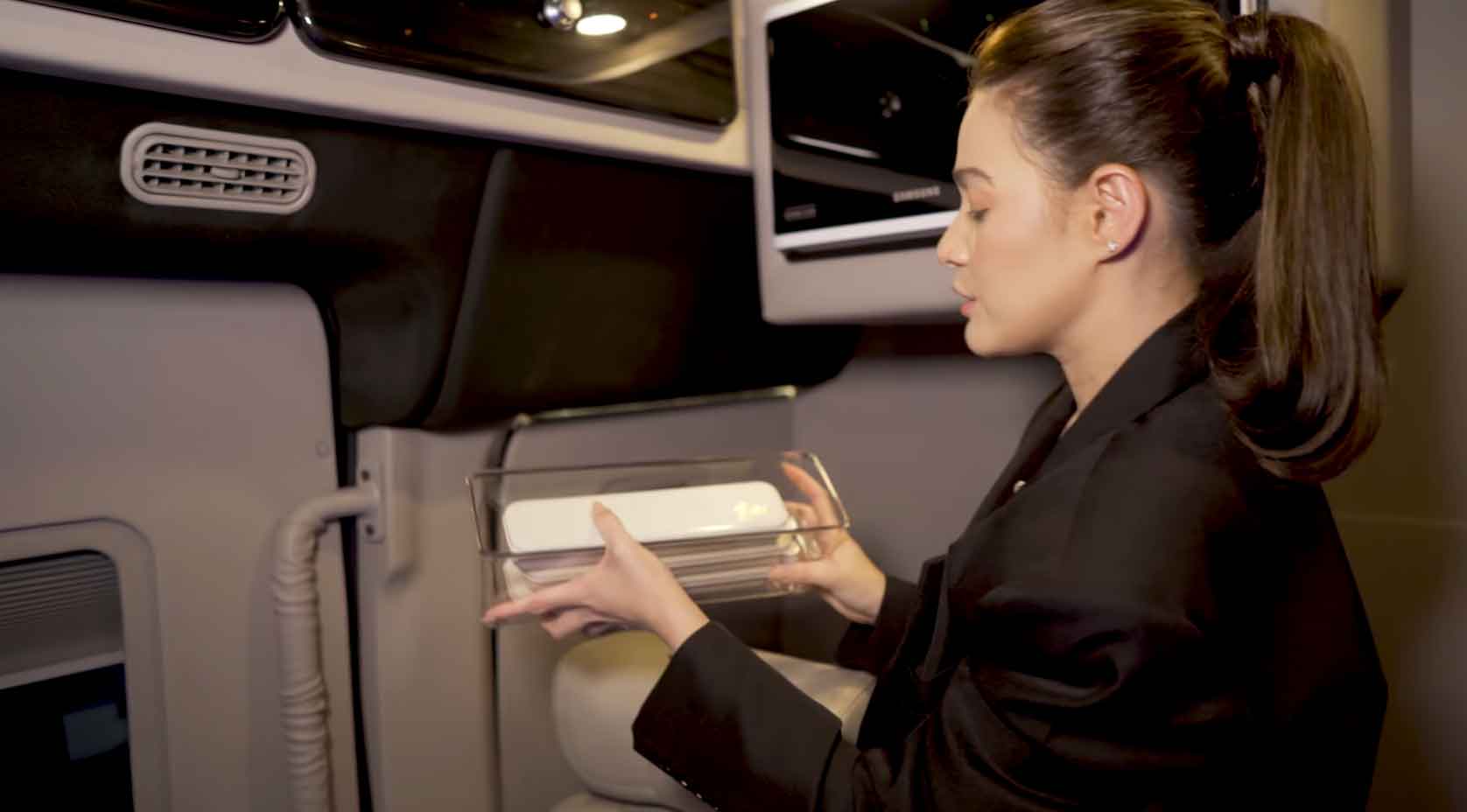 The space behind the captain's seat also serves as Bea's changing area. She has her own clothing rack where she usually checks all her outfits before putting them on. 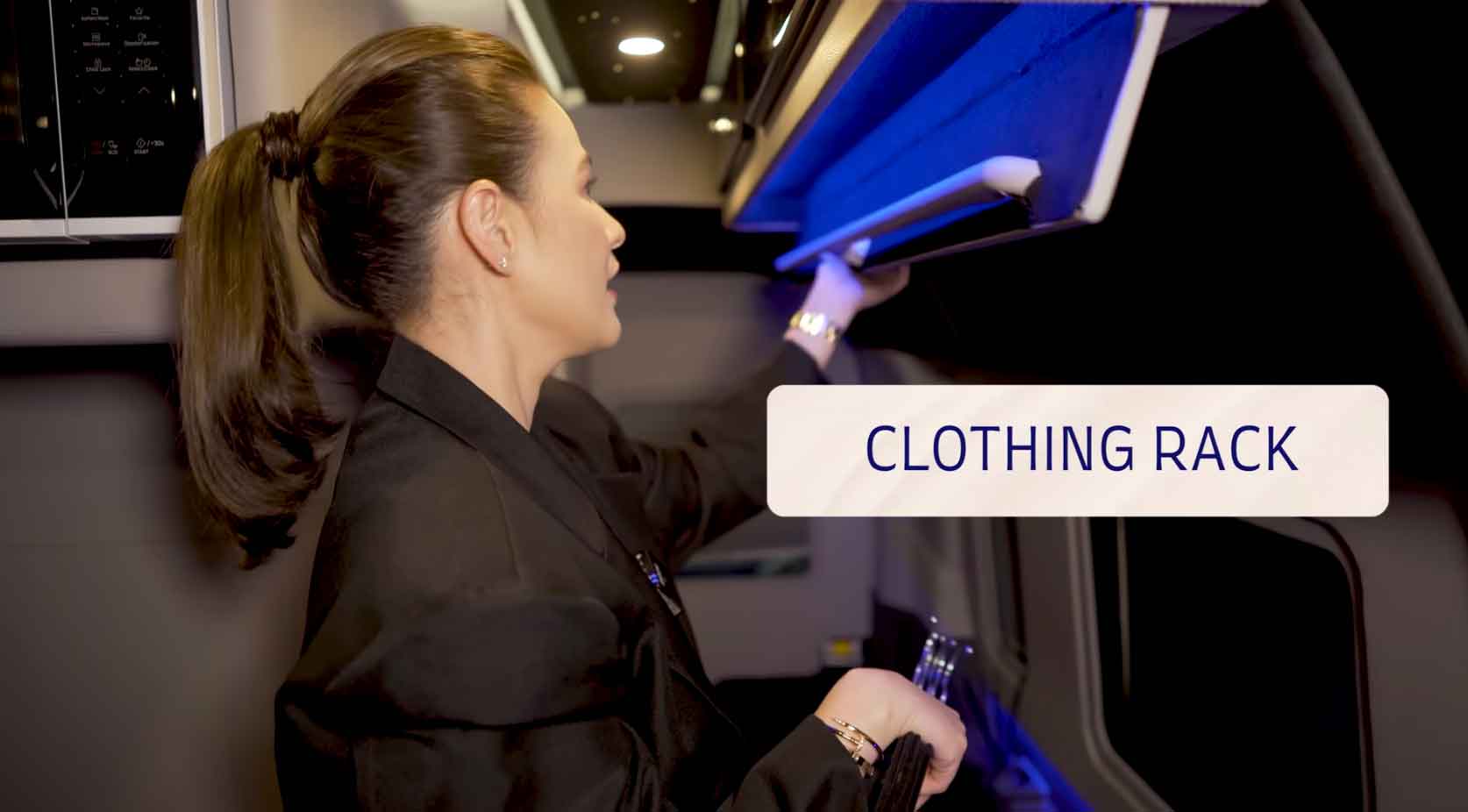 Another interesting feature is the night lights, similar to what business class cabins have at Etihad Airways.

The highlight of Bea's car is her own fully functional toilet and bath. 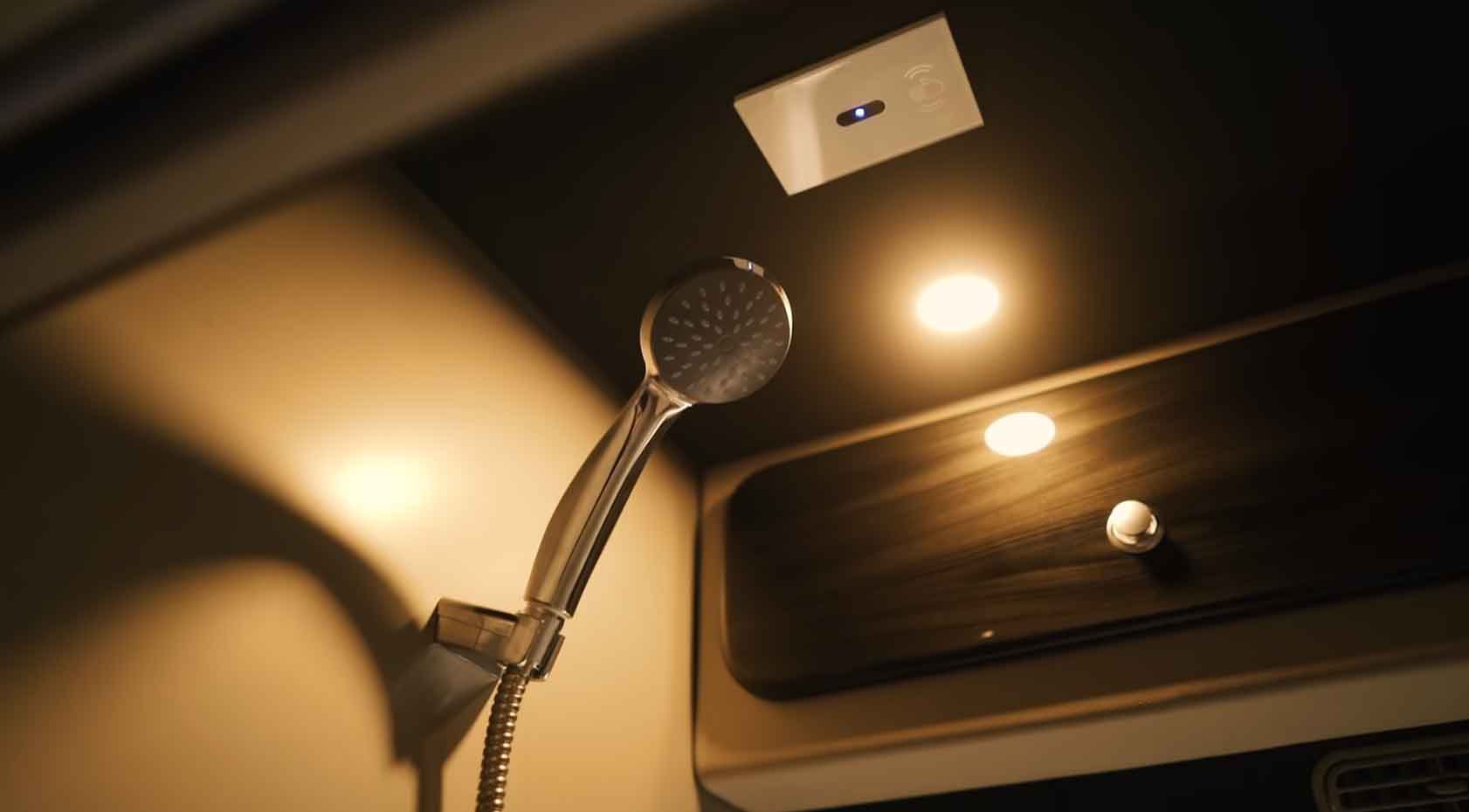 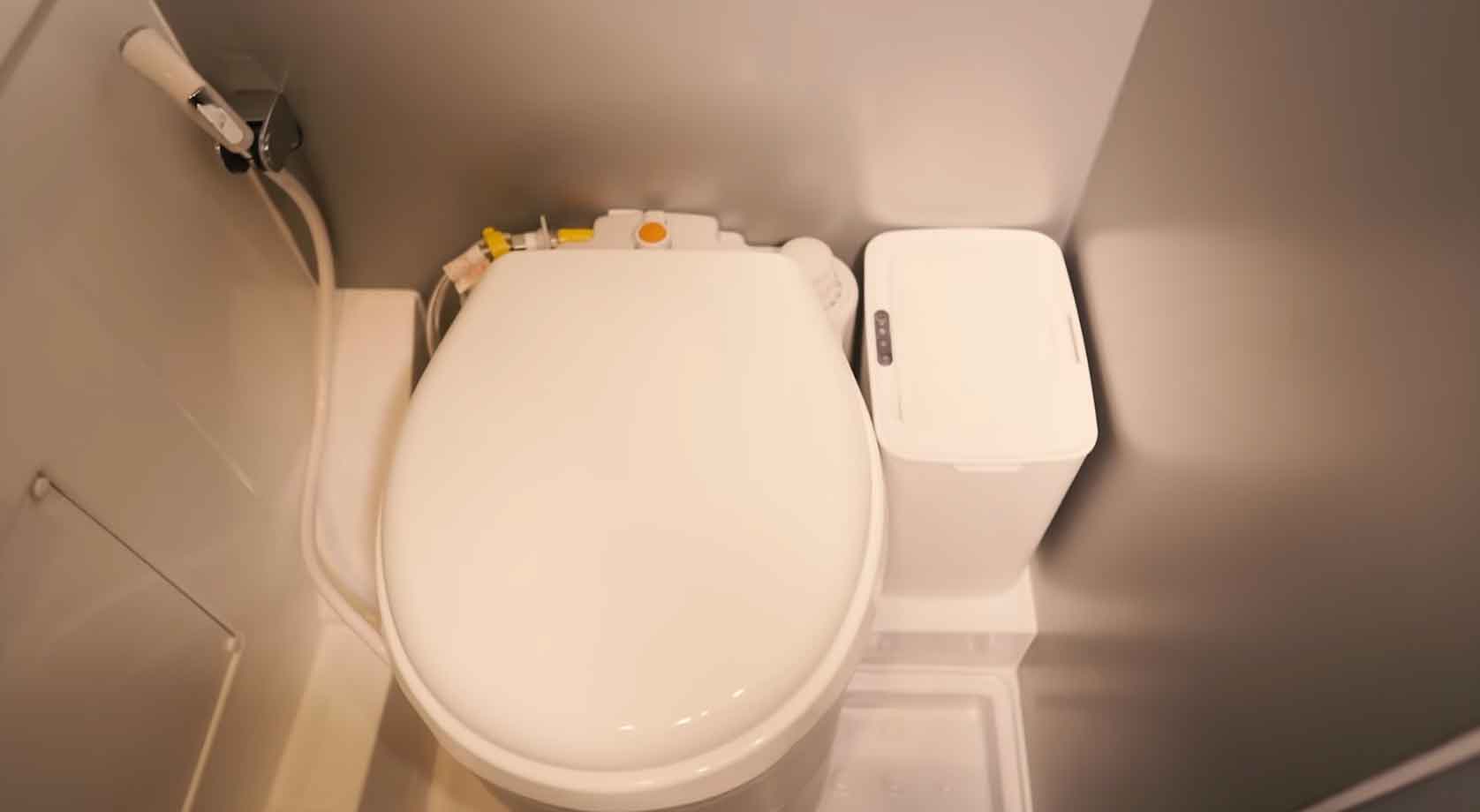 Bea also decided to place her mini-fridge next to the driver's seat. 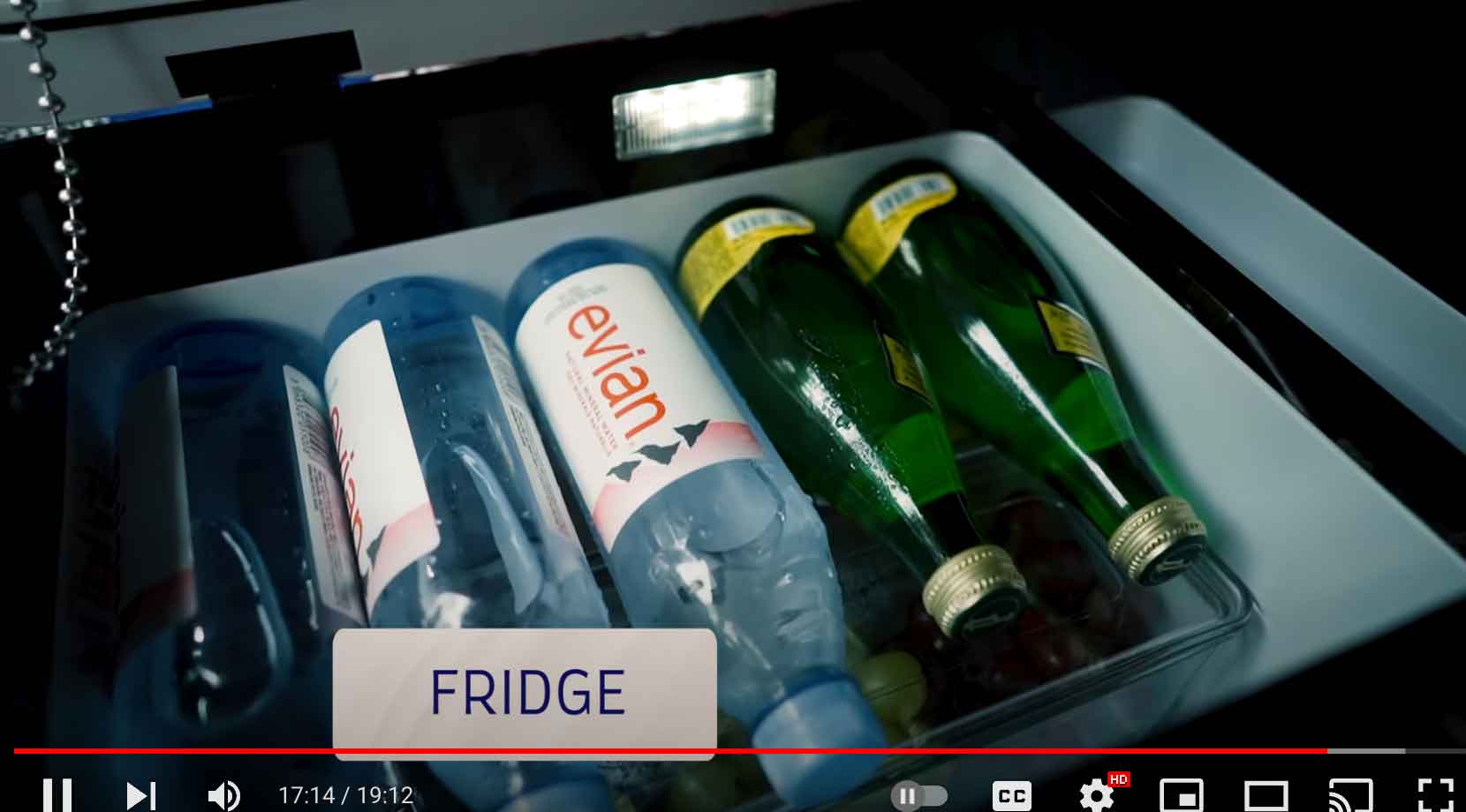