Instagram's New Feature Lets You See Every Person Who Follows You

It's finally happened: Instagram now has a "follows you" section on people's profiles if they, well, follow you.

The new update seems to be for Android users at the moment, but with a new iOS update imminent, everyone may have this long-awaited feature soon. 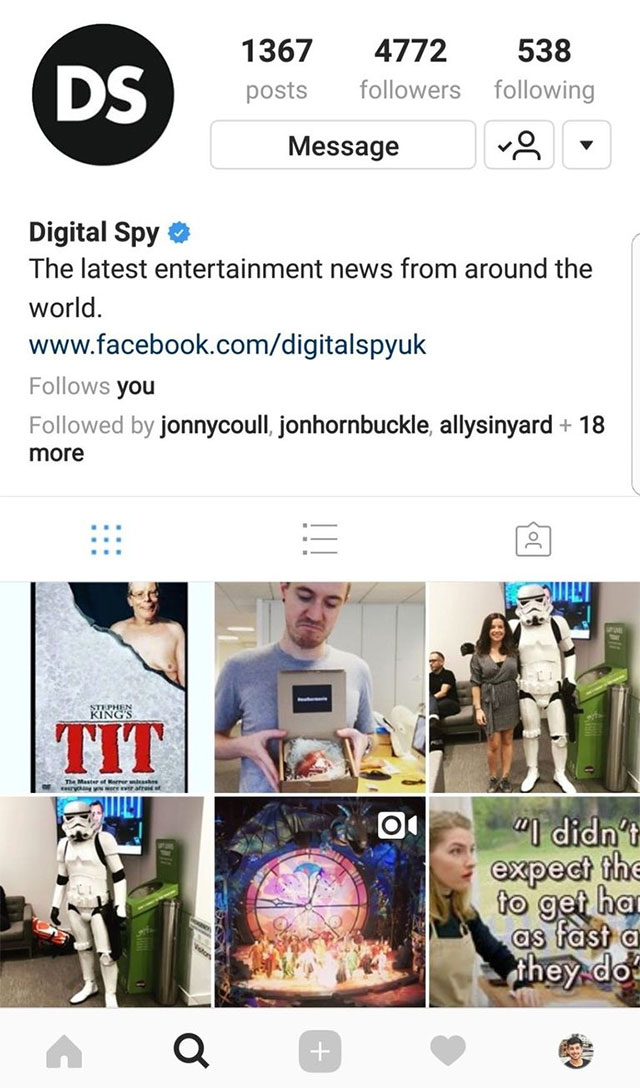 Up until now, if you went onto someone's profile, you wouldn't have a clue whether they followed you or not unless you trudged through their followed accounts or scrolled through your followers.

That isn't so bad if you just have a few followers, but if you're lucky enough to have plenty of people desperate to see your pictures of Starbucks mugs and your cat, this update definitely a good thing.

People are of course delighted by the new update, which seems to have arrived very quietly.

SINCE WHEN IS THERE A 'FOLLOWS YOU' ON INSTAGRAM ACCOUNTS OMG

Instagram finally has a "follows you" feature. Progress Instagram progress. Now fix the chronological order of pictures then we good

In another recent update, if you click to play a video, all subsequent videos after that will play automatically, though exiting the app will reset that feature.

Instagram is on a bit of an updating spree at the moment, trialing week-long stories rather than just for the current 24 hours.

Also, the photo app's Archive feature allows you to remove posts from your profile without having to actually delete them permanently.

This article originally appeared on Digitalspy.com. Minor edits have been made by the Cosmo.ph editors.