7 Power Moves By The Ladies Of 'Iron Fist'

Here's season two in one sentence: Women getting shit done while the men flail about.
by Karen De Vera | Sep 13, 2018
Post a Comment
Featured

Warning: Major spoilers ahead for the first half of the season.

With Iron Fist season two finally available for binge-watching, we can't help but notice that most of the power players were of the ~female persuasion~. For the uninitiated, Iron Fist follows the story of Danny Rand, billionaire heir to Rand Industries, who lost his parents in a plane crash and was left for dead. He's found by the citizens of an ancient city called K'un-Lun and was raised to become a martial arts practitioner. He eventually earns the title of the Immortal Iron Fist, a role that required him to guard the gates of K'un Lun. Suddenly, he gets homesick for his old life and abandons his post to return to New York. The first season revolves around Danny's struggles to adjust to his new city life while still carrying out his duties as the Iron Fist. The second season starts off with Danny finally able to properly wield his glowing punches and blending into society. However, the status quo will be shookt soon enough. With a whole slew of women joining the fray this season, we wanted to give a shout out to the major moves (motivated by either good or shady reasons) they pulled off to progress the plot forward.

"Violence begets violence…which you would know if you went to school for more than just the shitty pizza!" 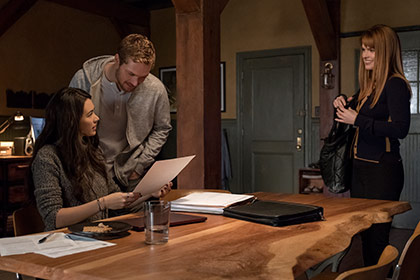 Colleen is more than just Danny Rand's girlfriend, she can hold her own in a fight and has her own character arc this season. First, she discovers a family heirloom, which may clue her in on her long-lost relatives and proceeds to investigate. Her personal mission gets derailed by the gang-on-gang violence across Chinatown. A member from a group of wayward youths tries attacking our girl but she scares him off. She then proceeds to bust into the group's hideout solo and unflinchingly stares them down unarmed while the leader brings out a shotgun. Without resorting to violence, Colleen is able to successfully reason out with the gang to lay low and leave her alone. Even when they're threatening to kill her, she still invites them to the shelter she's working for so they can have free food and clothing. She walks away from the situation unscathed.

"Yeah. I didn't go to war school but I do have an MBA and I know a little something about assessing risk...dinner is never just dinner." 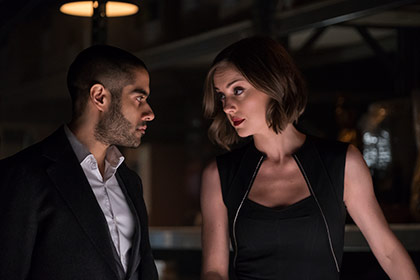 Joy Meachum may not wield the Iron Fist nor is trained in combat but armed with her business acumen, she's one of the most powerful and influential characters in the show. She teams up with Davos, Danny's former childhood friend from K'un-Lun turned rival, and can easily boss the dude around as he trusts her opinion. Considering this is a guy who is physically capable of gruesome violence and mowing down groups at a time, that is no small feat. Joy is one of the few people whom Davos respects and even likens her corporate tactics to the art of war. Even as far back as the first season, Joy has already proven her ruthlessness in the boardroom and will go to great lengths to achieve victory. She's perceptive enough to analyze that Danny's invitation to dinner was a ruse to get information out of her. Joy is definitely our boss goals—minus her shady motivation of undermining both her brother Ward and Danny.

"Stand down! They would not be here without my permission."

If we learned anything from the blockbuster hit Crazy Rich Asians, it's that aunties "don't play" when they're involved in a high stakes game. The wife of Hai-Qing Yang, leader of the Hatchet Men triad, can first be seen playing Pai Gow (a Chinese casino game involving dominoes) and calmly continues even when Colleen and Danny barge into the table. Sherry Yang may look like your typical socialite but she knows more about the inner workings of her husband's triad than she lets on. She's able to convince her husband to have a parley between them and the opposing Golden Tigers. She ends up representing the Hatchet Men during the actual meeting. When the sit-down goes awry, Mrs. Yang defends herself by stabbing a Tiger minion in the eye using a hairpin.

"I can't let anything just be. I run background checks before I go on a date. I'm serious! It's murder on the sex life but it's not so bad on the arrest quota."

When Detective Misty Knight tells you to hop inside the car because she needs to talk, you just do it because it wasn't a request. Misty pops into the neighborhood in episode four because Danny and Colleen inadvertently botched a sting operation by the police. She spends most of her time constantly reminding Danny Rand to stay in his lane and refrain from interfering further. She couldn't care less that he's the Immortal Iron Fist that could break through walls. As far as she's concerned, the boy keeps messing up her precious crime scene and he needs to back off.

"You could look over your shoulder day and night forever or you can hire me to make the problem go away." 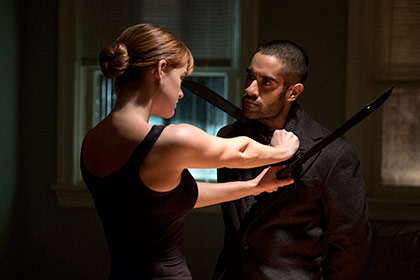 Paranoia and violent outbursts aside, Mary Walker is your ultimate freelancing multi-tasker. She can sketch well, perform close-quarter military combat, and is a skilled photographer/private eye. Mary values the worth of her work and makes sure that the client pays her promptly. She also searches for more opportunities to be of service, such as offering to become Joy's bodyguard and go as far as assassinating Davos if need be. And we believe her claim since Mary Walker was able to outwit Danny Rand and subdued him while avoiding the Iron Fist strikes. She was even able to strike a deal with Danny Rand, even though you know, she kinda bled him out a few episodes back? He also offered her money so that she would help him out without killing off Davos. And she manages all this work while dealing with her Disassociative Identity Disorder.

6. Daughters of the Dragon sharing a BFF moment

"He is an adult, Colleen. Being in a relationship with someone isn't the same as taking responsibility for them." 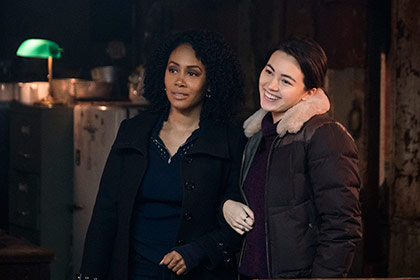 When Colleen and Misty team up, they solve a lot more mysteries and accomplish tasks better than Danny ever could at his sharpest. First, they were immediately on the move scouring the city for clues on Danny's whereabouts when he was missing. In the process, they uncover gruesome details about another superpowered being wreaking havoc. The pair eventually tracks down Danny and bring him home to recuperate from his injuries. They were also able to subdue Mary Walker and capture both her and Joy Meachum, effectively putting them under house arrest. Then, they rush off to battle the trio of women called the Crane Sisters. Colleen took on two of the sisters while Misty chased down the third one. In between all the crime-fighting, the dream team engage in girl talk and bicker over the specific type of food Misty needs during a stakeout. These two fabulously fierce fighters need their own spin-off series, stat!

7. The Crane Sisters throw down 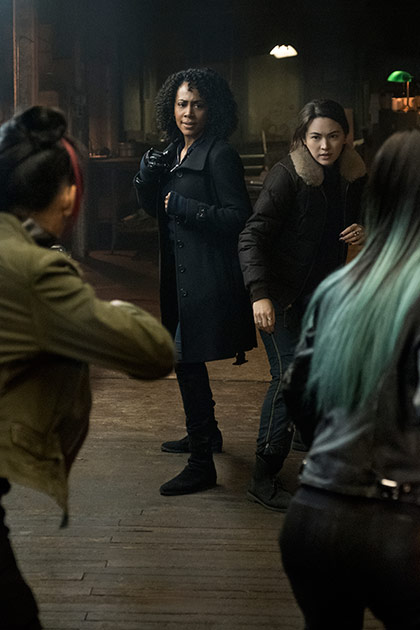 The Crane Sisters used the Japanese tattooing technique tebori in order to transfer the power of the Iron Fist from Danny to Davos. They must be very good at their job for Davos to appoint them for such an important task. The proprietors of a tattoo parlor, these ladies are also skilled in using their needles for combat. When Colleen and Misty investigate the shop, they try to throw them off guard by launching a surprise attack. Two of the sisters were able to fend off Colleen Wing using knife-fighting and martial arts while the third one almost manages to escape with the tebori tools on a motorcycle before getting knocked out by Misty's cyborg arm. Side note: Their rocker-chick aesthetic was giving us so much life during the fight sequences!

Bonus: Colleen calling out the bae

"I don't understand, Danny. You're carrying a lot more than you should have to but you keep running headfirst without stopping to think!" 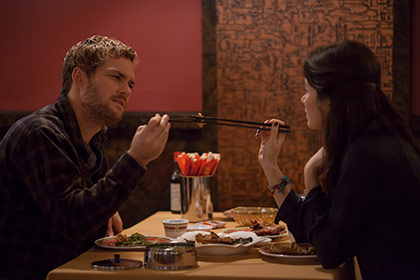 There's nothing wrong with wanting to be your man's ride or die chick, but you've got to draw the line somewhere. Ms. Wing teaches us that while it's good to stand by bae, it's even better to stop him from acting like a damn fool. When Danny starts making questionable decisions such as charging into battle without so much as a freaking insta-message, she's right to get ticked off while reminding him that they're a team. The so-called Immortal Iron Fist should know by now that it's always good to bring back up especially if she can kick as much ass as Colleen does. She even has the sense to call him out for possibly leading a girl on early in the season.

Now that we think about it, this season mostly consists of women telling off Danny Rand!

Iron Fist seasons one and two are available on Netflix.