Iza Calzado Revealed When She'll Be Getting Married To Ben Wintle

When Iza Calzado and Ben Wintle will be getting married

Iza Calzado got engaged to her Filipino-British boyfriend Ben Wintle in October 2017 amongst their close family and friends. Now that their wedding prep is in full-swing, Iza revealed on Magandang Buhay when she and Ben will be tying the knot. Without giving an exact date, Iza said, "Sa end of the year na." She also shared that her brother rapper Dash Calzado will be walking down the aisle. (ABS-CBN)

JoshLia stans, get ready for Julia Barretto and Joshua Garcia's first primetime teleserye together, Ngayon at Kailanman. Before the series premieres on ABS-CBN, watch the full trailer below:

Jennifer Lawrence was spotted with her new boyfriend NYC art gallery director Cooke Maroney. The couple stepped out hand in hand while strolling in Paris, France. Jennifer's last public relationship was with director Darren Aronofsky which ended in 2017.

Calling out fans of the hit Thai film, Bad Genius, the producers are coming out with a new movie, Brother of the Year. The comedy centers on an intense sibling rivalry between a brother and sister with things going all sorts of crazy when a new man comes in the sister's life. Brother of the Year comes out in Philippine cinemas on September 5. 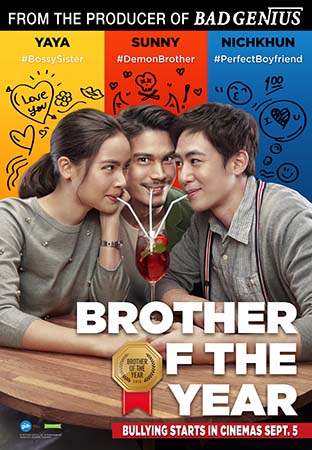 Get 20 percent off on your Petrol purchases when you shop online until August 31! Visit their website here. Happy shopping, CGs!