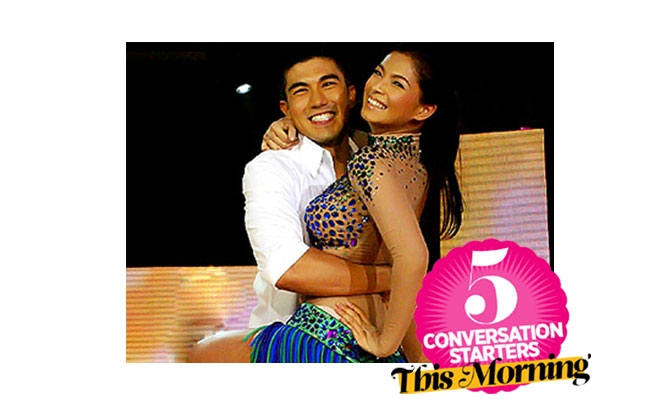 2 46-year-old Filipina caregiver Rose Fostanes won The X Factor Israel on January 14, in Tel Aviv, after she wowed the audience with her rendition of Frank Sinatra's My Way. Check out the video below!

3 Whoah! Rapper Kanye West is under investigation after he punched a teenager on the arm. The teenager reportedly said racist comments about Kim Kardashian, calling her a "n****r lover." "F--k you, bitch! Just trying to help you. Shut up, n****r lover! Stupid slut," the teenager shouted when he saw Kim enter a chiropractor's office. (NY Daily News)

5 Proof the fairytales do exist: Sandor Sturbl, a theater actor who plays Peter Pan in a Glasgow play, asked his girlfriend Lilly-Jane Young (she plays Wendy!) to marry him! (Check out the romantic proposal here!)