1 Cedric Lee, Deniece Cornejo, and six other companions are being charged for six offenses by the National Bureau of Investigation in connection to the attack on Vhong Navarro. Among the charges are kidnapping and serious illegal detention, both of which are non-bailable offenses, serious physical injuries, grave threats, grave coercion, unlawful arrest, and threatening to prevent publication in exchange for compensation. (Philstar)

2 Are you excited to see Rita Ora play Christian Grey’s little sis, Mia, in Fifty Shades of Grey? She promises “it’s gonna be the biggest and most amazing shock ever.” (Full story here!)

3 Ten Philippine National Police officers have been sacked after it was revealed that they play a “wheel of torture” game at a secret detention facility to extract information from criminal suspects and to have fun. Among the choices in the wheel is “20 seconds Manny Pacman” in which detainees are punched nonstop for 20 seconds. (Inquirer.net) 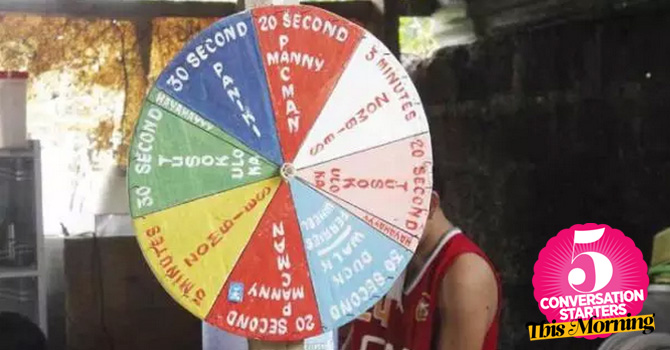 4 GMA network has spoken out about the controversy of teleserye The Borrowed Wife after a dialogue between Rafael Rosell and Charee Pineda’s characters seemingly degraded call center agents. Hazel Abonita, program manager of The Borrowed Wife explains, “The scene was establishing the character of Rafael Rosell as Rico...his frustration and anger on not providing enough for his family. In real life, we say things that we don’t really mean out of dissatisfaction. The writer has no intent of belittling the jobs of the call center agents or any other job.” (PEP.ph)

5 Move over, Cronuts and Ramen Burger! The Monte Cristo Burger by Michael Volatggio is the newest addition to the food mashup craze. The deadly burger consists of a beef patty covered in Gruyere fondue and prosciutto, sandwiched between two vanilla custard-soaked buns that have been deep fried and dusted with powdered sugar. Oh, and it's served with maple syrup on the side. Damn! (huffingtonpost.com) 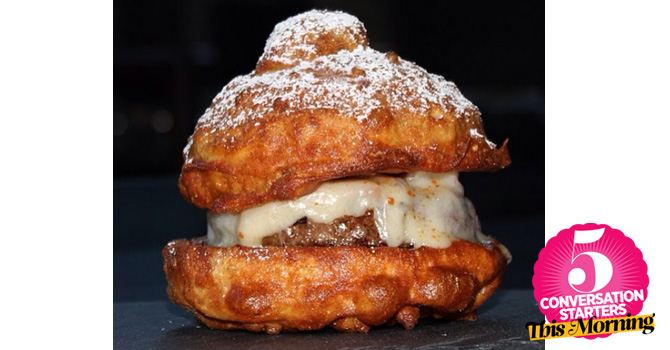