1 FROZEN. Temperatures continue to drop in the Midwest to southern and eastern part of the US and eastern Canada caused by the “polar vortex” that has left 187 million people shivering. Schools and businesses in the affected areas have been forced to close as it is too dangerous to go outdoors. (Inquirer.net) This is how Chicago looks today: 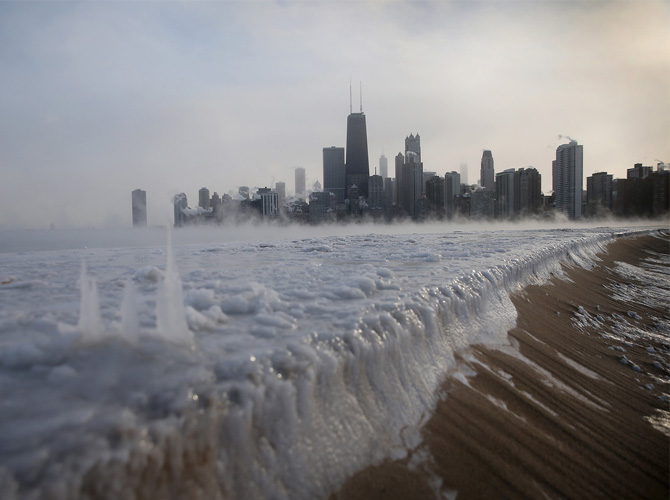 2 Kim Chiu continues to keep mum about the real status of her relationship with co-star and love team Xian Lim. When asked by a veteran entertainment columnist for an “honest answer," Kim responded, "Sinagot na rin namin ‘to last presscon. We don’t owe you any of our personal lives, siguro. Kasi, you can think naman what you think, as long as you’re happy when you watch us on TV. Nakikita niyo kung paano kami, kung papaano kami ma-in love. Yun na yun. Lahat naman tayo, meron tayong mga hindi dapat i-share or dapat i-share." (PEP.ph)

3 Fast & Furious actress Michelle Rodriguez and Victoria’s Secret model Cara Delevingne put on quite a show while sitting courtside during an NBA game. The two hotties, who were clearly intoxicated, took selfies and even seemed to engage in a little make-out sesh. Rodriguez has previously admitted that she is bisexual. (Get the full story here!)

4 You gotta admit, these memes generated from the upcoming drama series The Legal Wife are hilarious. In one particular scene, Maja Salvador and Angel Locsin’s characters are in the middle of a heated argument over Jericho Rosales. Naturally, netizens had a little fun with it. (abs-cbnnews.com) Here’s one of our faves: 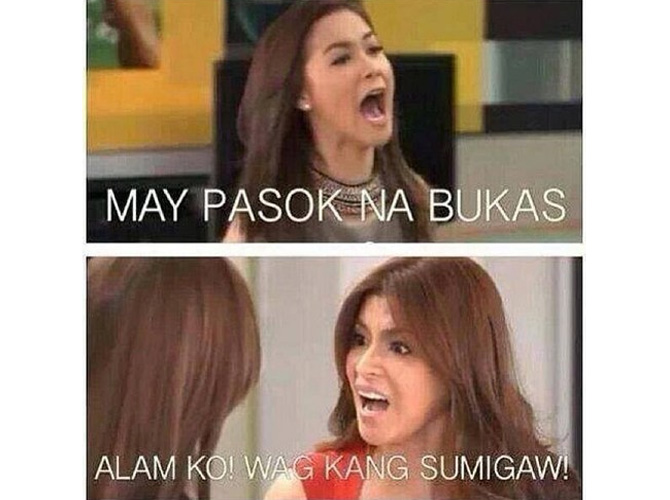 5 “I am beautiful.” Say this out loud every morning when you look at yourself in the mirror. Lizzie Velasquez, a woman who suffers from a rare disease that prevents her from gaining weight, described what it means to define oneself during her Ted Talk. She also talked about how she overcame obstacles caused by her physical ailment and how she used it to be a role model to others. Watch the inspiring talk below. (elitedaily.com)