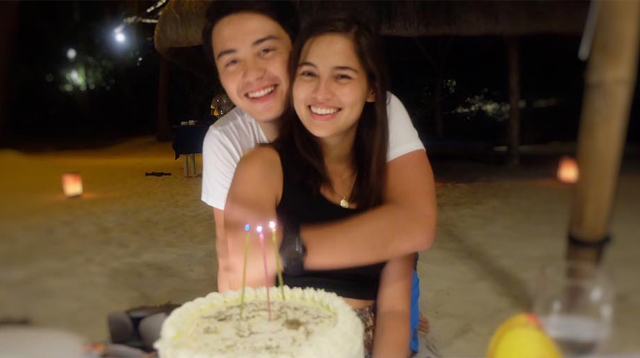 2 Speaking of relationships, it seems like Enrique Gil and Liza Soberano are thisclose to being official! In an interview with TV Patrol, Enrique revealed that they are only waiting for the blessing from Liza’s parents. “Parang ganun na nga rin. Parang kami na, pero I mean I have to respect her family first,” he shared. (Push)

3 Miss Universe Pia Wurtzbach just shared a photo of her crossing the Bridge of Sighs in Barranco, Lima, Peru—a move which could spell trouble for her love life (if she believes in that kind of thing)! According to Queen P, if you’re able to hold your breath from start to finish while crossing the bridge, you’ll find true love. Alas, Pia shared, “Halfway thru I had to run it cos I couldn't hold my breath for too long. So I guess I'll find the one but it will be very short lived?”

4 How racy are these photos on Kim Kardashian’s Instagram? The reality TV star uploaded a bunch of moody black and white shots that might be too steamy for some:

5 Are wedding bells no longer in the horizon for Robert Pattinson and FKA Twigs? A source close to the couple has exclusively revealed to In Touch that Robert called the wedding off! According to the insider, Robert felt trapped and got a bit too fed up with all the planning. If that’s not bad enough, Robert might have also realized that she isn’t the girl for him. “She's very jealous and he was sick of having to explain himself,” the source said. “He's still young and just decided he wasn't ready to settle down.”