1 Jennifer Aniston and Justin Theroux have FINALLY tied the knot! The couple, who got engaged in 2012, wed in their Bel Air mansion on August 5, with around 70 guests in attendance. Celebs like Jen's Friends co-star Lisa Kudrow, host Chelsea Handler, and Howard Stern were present. The newlyweds met on the set of their 2011 film Wanderlust and have been inseparable. Congrats, you two! (TIME)

2 So are Kendall Jenner and Nick Jonas dating?! Reports have been surfacing that the two have been quite flirty with each other ever since they were introduced to each other by Kendall’s BFF Gigi Hadid and her beau Joe Jonas. Looks like we have another power couple in the making! (E!)

3 Here’s your first look at Kim Chiu and Xian Lim's movie poster for their upcoming film, Must Date The Playboy! The Wattpad novel adaptation, which is set to be released this month, stars Jessy Mendiola as the love team’s third wheel. (ABS-CBN)

5 Interested in calligraphy? Y'all are invited to join Abbey Sy's ABCs Of Hand Lettering book signing event on August 8, Saturday, from 1:00 p.m.-5:00 p.m. at National Book Store, TriNoma. You better arrive early ‘cause the first 50 participants will have their names personally hand lettered by Abbey Sy! 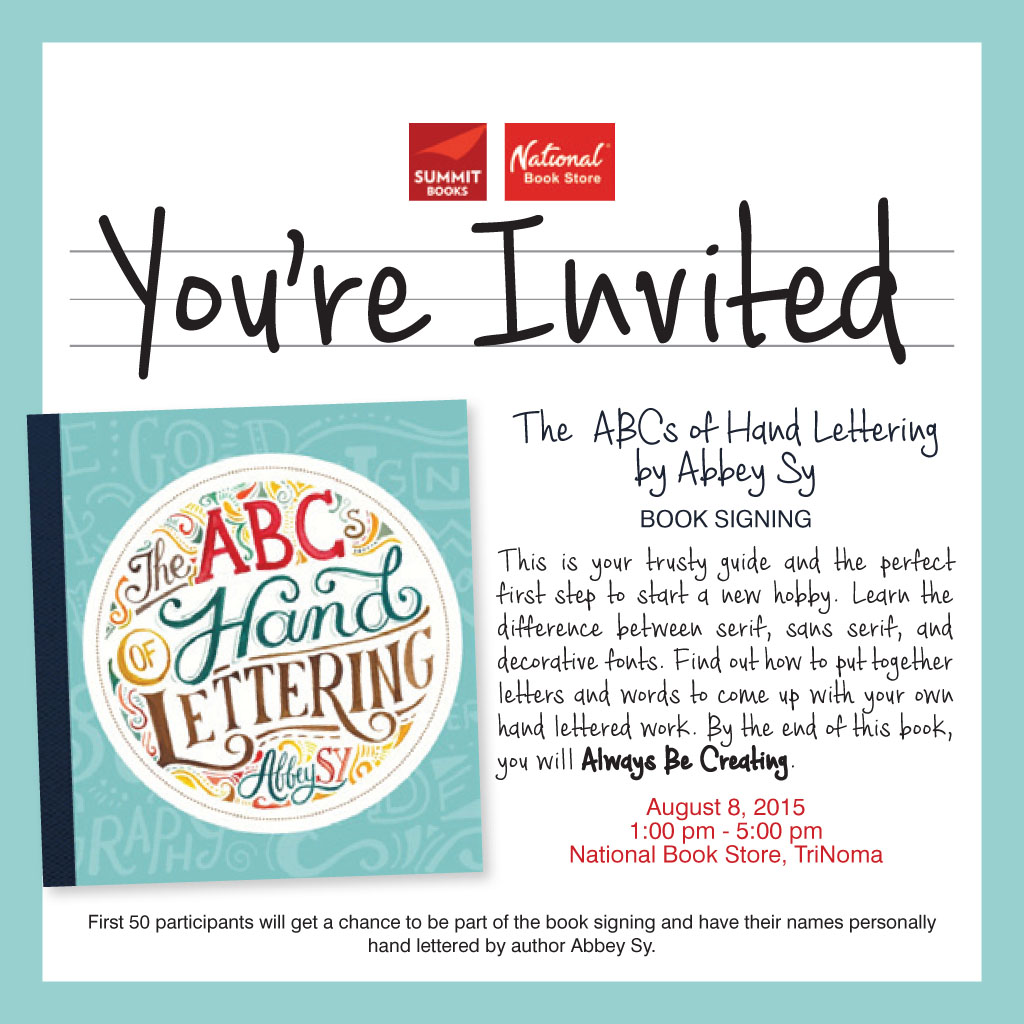