The Hunger Games star, who took home the award for Best Performance by an Actress in a Supporting role in a Motion Picture for American Hustle, divided critics with her white strapless Christian Dior gown at the awards ceremony on Sunday (January 12, 2014) and fans have since taken to the internet to post copycat images of themselves mocking the look. 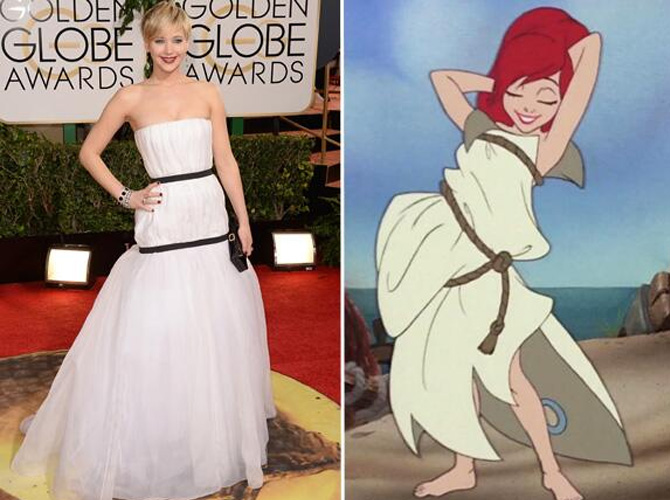 The 23-year-old beauty's choice was unsurprising as she is currently the face of the brand, however, people were quick to point out its resemblance to a duvet, replicating the design by posting pictures of themselves wrapped in white blankets bound with black tape.

Social media sites were awash with images of fans joining in on the joke, posting captions including, "Omg Jennifer Lawrence [and I] have the same dress." 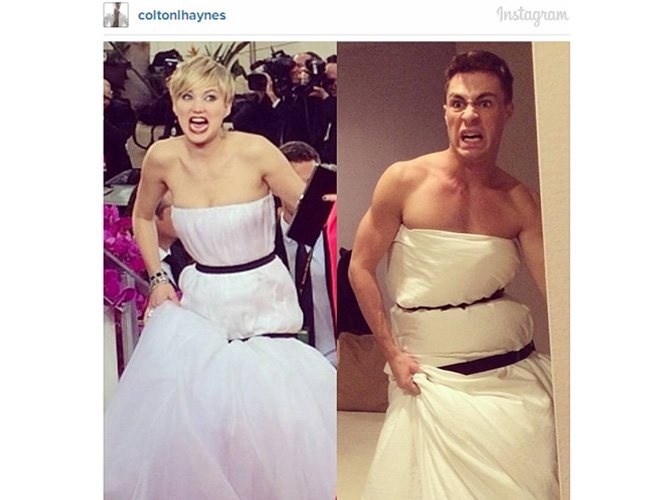 Stars who made a big impression at the 71st annual awards ceremony, held at the Beverly Hilton Hotel in Los Angeles, included The Bling Ring actress Emma Watson, who went for an unconventional red, backless Dior dress paired with black leggings and navy heels, and 12 Years a Slave star Lupita Nyong'o, who also matched the red carpet in a stunning cape-style sleeveless Ralph Lauren gown.

Joining Jennifer in the fashion flop stakes were fellow leading ladies Julia Roberts, who wore what appeared to be a white shirt underneath a black strapless Dior number, and Sandra Bullock in an unusual pink, black, and blue Prabal Gurung creation.

So CGs, what do you think of Jennifer's dress? Sound off below! You can also vote for your favorite Golden Globes look here!