Jennylyn Mercado And Mark Herras: Back Together? 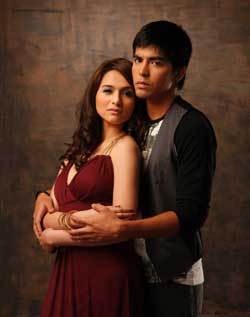 Since both are single again, Jennylyn would like to preempt any speculation about a possible reconciliation with her first showbiz boyfriend, saying love is farthest from her mind at this point.

Already a mom (to one-year-old Alexander Jazz), Jennylyn considers her son her top priority, followed by her career, which means love will have to take a backseat—or the trunk, even.

Jennylyn and Mark will always be screen partners and that is the only thing certain between the two.

In Ikaw Sana, an original story directed by Joel Lamangan, Pauleen Luna will play third party to the pair.