Jericho Rosales recently posted a teaser photo of his upcoming film, The Girl in the Orange Dress, co-starring Jessy Mendiola.

While most of his fans expressed excitement over his new project, some aren't so keen about Jessy.

When another commenter questioned why Jessy was co-starring in a movie with Jericho, he was quick to respond in her defense: "Why not? She's perfect for the role." 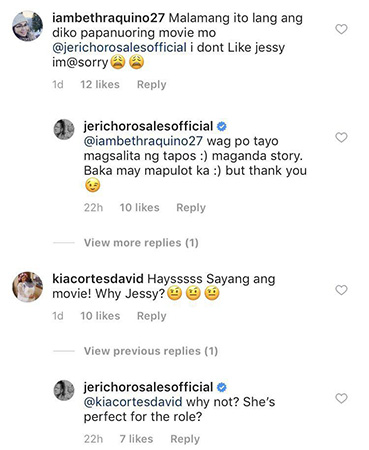 Jericho and Jessy's movie will be part of this year's Metro Manila Film Festival.