The hunky actor tells Cosmo about working with foreign artists in Subject: I Love You. Catch up on your showbiz crush in this feature.
by Sandra Pineda | Mar 15, 2011
Post a Comment
Featured 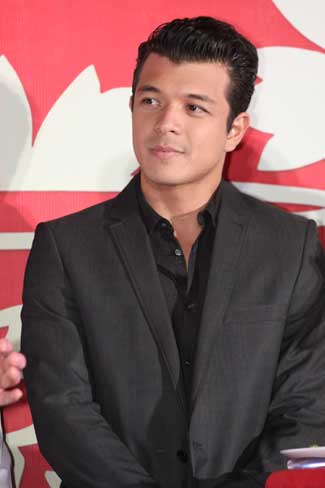 Jericho Rosales believes that if given enough funds, Filipinos can really make quality films that can compete with international movies. The Green Rose actor realized this when he did his first Hollywood movie, Subject: I Love You.

Echo is just one testament that Pinoys can level up with foreign actors, especially in Hollywood. "Well, tsamba lang 'yun," said Echo, who played the role of Victor, the lead character.

Know more about Echo's Hollywood movie and how it's like working with a Hollywood crew in the following Q&A.

How did you get the role?

"It was February 14 when I auditioned for the role and they were looking for, 'yun nga, kung sino ang gaganap ng part na 'yun, and I went there [on] Valentine's Day. Kabadong-kabado pa ako. So, nag-throw lines kami and then I got the part."

How was it working with other foreign artists?


Subject: I Love You also features Step Up actress Brianna Evigan, Lois and Clark actor Dean Cain, True Blood's Kristin Bauer, Gary Valenciano, and Dante Basco. The movie was first announced in 2008 but its release date is yet to be announced.