Jodi Sta. Maria, Ian Veneracion, And Richard Yap Are Starring In One Movie Together! 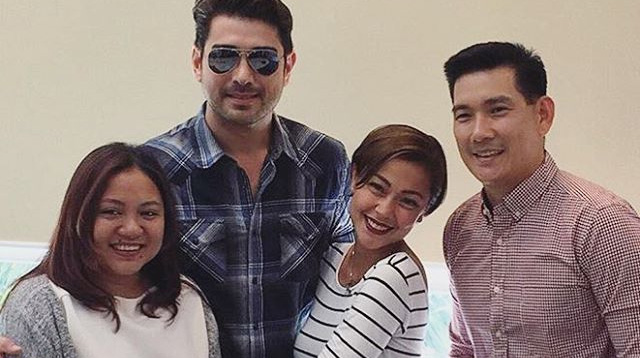 2 Zsa Zsa Padilla has called off her engagement to architect Conrad Onglao. The singer has since only released a short but very meaningful statement to the media, saying, “'We tried. It didn't work out.” The two formally announced their engagement in September 2015. (PEP)

3 Daaaaamn James Reid! Back at it again with the kilig statements! During the premiere of their latest movie, This Time, James was asked if he thinks his girlfriend and on-screen partner Nadine Lustre is “the one.” He answered, “Of course, she is. Otherwise, I wouldn't have gone through all that.” “That” meaning professing his love for her in front of thousands of people at their concert in February! Aww. (ABS CBN)

4 Taylor Swift sure knows how to throw an after party. Check out this cute snap of the singer chilling with her friends from the band Haim! The ladies ditched their gowns, slipped into some cute onesies, and ordered pizza. Perf!