After the surprise announcement of his "indefinite leave" from showbiz, John Lloyd Cruz continues his overseas getaway with his rumored new girlfriend Ellen Adarna.

Having been spotted on an Emirates flight to an unknown destination over the weekend, Ellen revealed via Instagram Stories that they flew off to Casablanca, Morocco. But now, their posts are a bit more private—revealing little to no clue on their whereabouts.

In a recent Instagram post, Ellen shared a caption-less mirror selfie of her in a hotel room.

Netizens were quick to identify their location to be the historic Hotel Plaza Athénée, a 106-year-old luxury hotel in Paris, France. (FYI: The hotel reportedly costs $1,150 to $20,000 a night.)

The actress left another clue on her Instagram Stories that she and John Lloyd are currently staying in the hotel by taking a video of the its iconic bright red awnings. 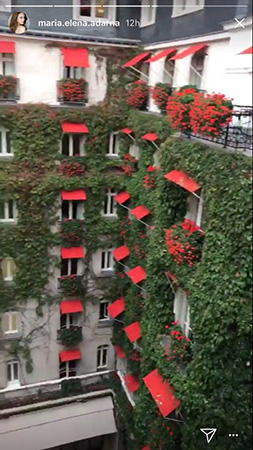 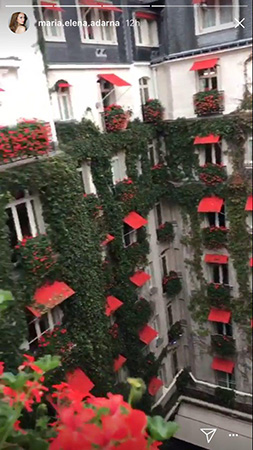 Ellen also just shared a photo of her along the Rue Bayard in Paris and credited John Lloyd for taking the pic.

Prior to the Paris leg of their vacation, the two also reportedly made a quick stop in Portugal.