Does this mean he's signing a contract with the Kapuso network?
by James Patrick Anarcon for Pep.ph | Jun 15, 2021
Post a Comment
Featured

It seems like John Lloyd Cruz is on his way to becoming a Kapuso.

On Monday, June 14, @kapusoprgirl posted a photo of John Lloyd and GMA-7 executive Annette Gozon-Valdes at a meeting.

Gozon-Valdes is the president of GMA Films and the programming consultant to the GMA chairman.

However, the post did not provide details about the meeting.

"The matinee idol recently made his television return on GMA-7 for a special for an e-shopping platform."' 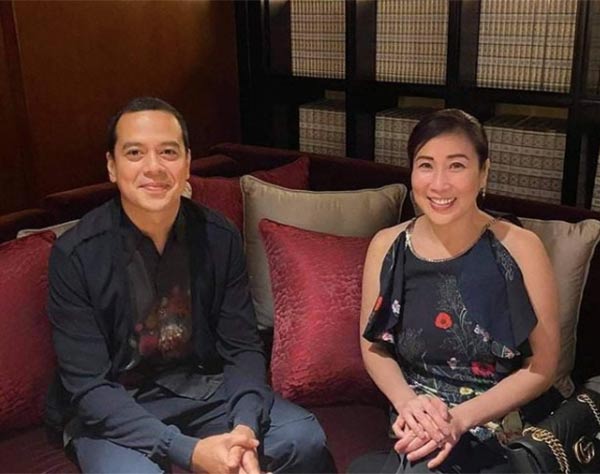 On June 6, John Lloyd appeared in the GMA-7 coverage of an e-commerce app special event.

It's also been reported that Wowowin host Willie Revillame is set to pitch a project to GMA-7 under his production featuring John Lloyd. It is said to be a sitcom that will pair John Lloyd with Andrea Torres.

When asked if GMA-7 was offering an exclusive contract to the actor, Gozon-Valdes answered, "Let's see. Siyempre, after so long na ABS siya and Kapamilya siya, now he's going to appear on GMA, I think he's also taking things slow.

"Iyong hindi naman biglaan. But we want to make him feel very welcome with us and comfortable enough to consider that in the future."