He's here! The royal son of  Catherine, Duchess of Cambridge, and William, Duke of Cambridge, made his first public appearance outside St. Mary's Hospital on July 24, Tuesday. It's quite too early to say who he looks like, but William said, "He's got his mother's looks," adding, "He's got way more [hair] than me, thank God." (Click here for the full story!)

Check out the royal family! 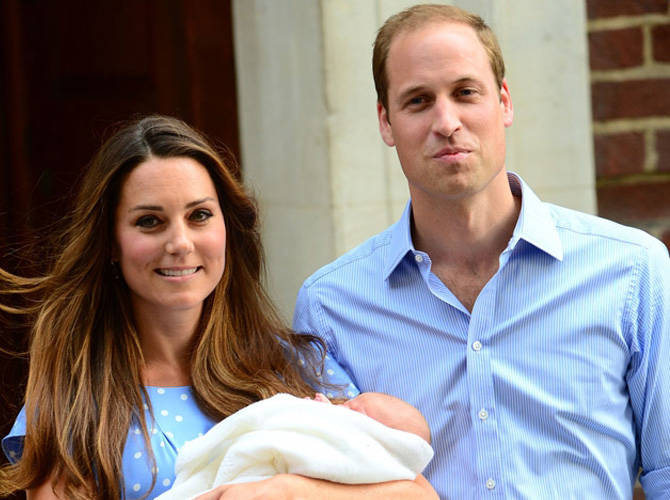 It's confirmed! A creative team has been picked to produce Magic Mike, the Musical on Broadway! No news yet on whether the original Magic Mike cast will make an appearance, but Channing Tatum will be producing the musical. (IB Times)

Teamwork! A Japanese woman fell eight inches deep, after she got stuck between the train and the platform during rush hour at the JR Minami-Urawa station. About 40 Japanese passengers and train technicians tried to push the 32-ton train carriage away, so the woman could get out. She did! (The Huffington Post)

Supreme Court Associate Justice Roberto Abad is receiving a lot of flack after he described hormonal contraceptives as "poison", because they "prevent the normal function of a woman's body." (GMA News)

Wow! Lady Gaga has topped Forbes' list of Top Earning Celebrities Under 30! The singer received $80 million between June 2012 and June 2013, all thanks to her "Born This Way" world tour (Click here for the full story!)