1 Richard Gutierrez has finally admitted that he and longtime girlfriend Sarah Lahbati are proud parents to baby Zion during the premiere of It Takes Gutz To Be A Gutierrez on June 1. He shared, "A lot of people had their own speculations, they had their own stories in their minds. A lot of people think Sarah left the country because we're having a baby and she's pregnant. I just want to set the record straight and tell everyone I'm a proud father to baby Zion." Congrats to the happy family! (Philstar) 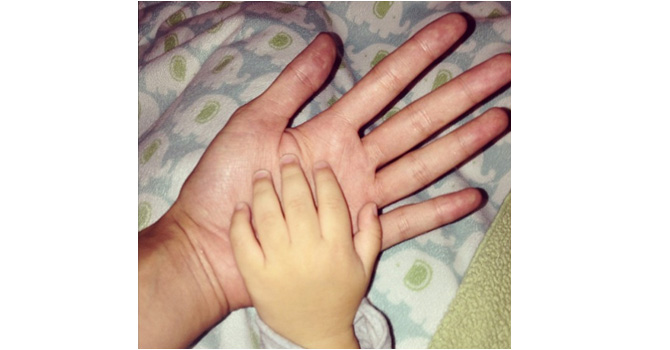 2 Sandra Bullock and Chris Evans are a thing?! As random as it might be, we’re actually really digging this couple. They are both attractive, talented, and down-to-earth actors. Never mind the age gap—it is Hollywood, after all. An insider revealed to E! News that although they are not in a relationship yet, "they are definitely hanging out and are in the early getting-to-know-each-other phase." (eonline.com)

3 What if: the two words that can make or break a relationship. In Daniel Radcliffe’s upcoming movie What If, he struggles to maintain a platonic friendship with Chantry (Zoe Karzan) despite their undeniable chemistry. It’s basically a story about being stuck in the friendzone. We can’t wait to see it!

4 Sarah Geronimo has been named Best Selling Filipino Artist at the World Music Awards on May 27. She is one of the 20 artists from around the world to receive the prestigious award. Congrats, girl! (PEP.ph)

5 Have you ever wondered what happened to Steve from Blues Clues? Yes, that guy in the green-striped shirt who spent most of his time talking to an animated dog. After his departure from the show, people speculated that he died of a drug overdose. What really happened: he was balding fast and he didn't want the kids to see it happening. Good guy Steve or WTF? (huffingtonpost.com)