Junnie Boy Velasquez And Vien Iligan's Baby No. 2 Is A Girl!

Marlon "Junnie Boy" Velasquez and Vien Iligan just made a happy announcement: They're going to have a baby girl for their second child!

In the vlog, Vien revealed that she's three months pregnant and that she intentionally did not document or share that much about her pregnancy journey as she did not want to jinx it. She also said that she scheduled the gender reveal party on Father's Day as a gift for Junnie Boy.

Cong makes an appearance in the upload, saying that while he hopes for a baby girl, he feels Vien and Junnie Boy will have another boy.

With family and friends present, the couple used a party popper which released pink smoke. They're going to have a baby girl! 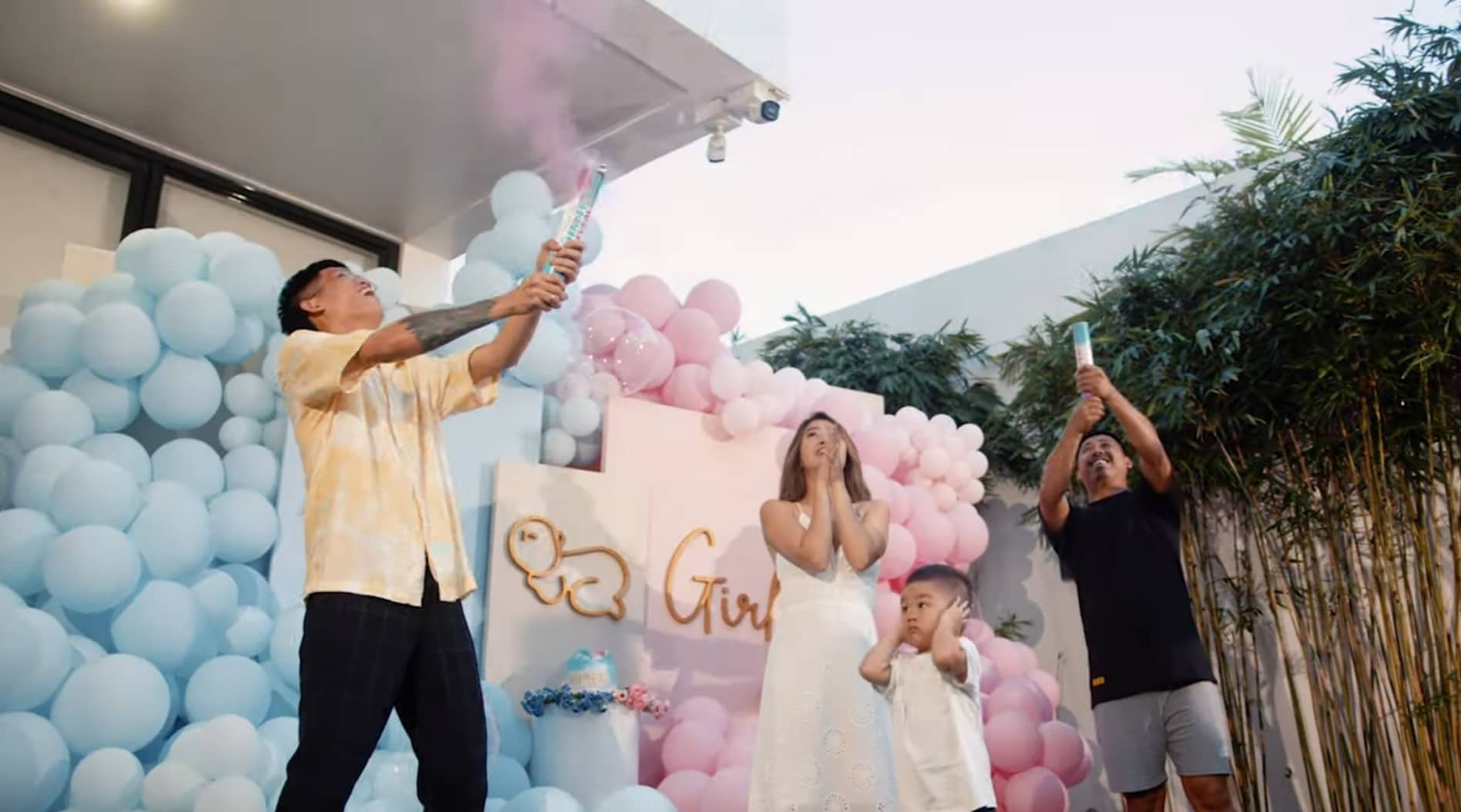 Rocco Nacino And Melissa Gohing Are Expecting A Baby Boy!

You Guys, Dimples Romana Is Expecting A Baby Boy!