What?! Justin Bieber Is Following 'Sue Ramirez' On Twitter

As if that wasn't proof enough, the netizen checked if she's on the list of the nearly 300,000 people that Justin is following on Twitter and then took a screenshot of her name on it.

The netizen, using the handle @sueannadoodles, tweeted, "Justin Bieber follows me? Is this real?"

But it turned out that Justin is following Sue's poser.

In an exchange of messages with PEP.ph, Sue clarified that the netizen using the Twitter handle @sueanndoodles is a fake account. 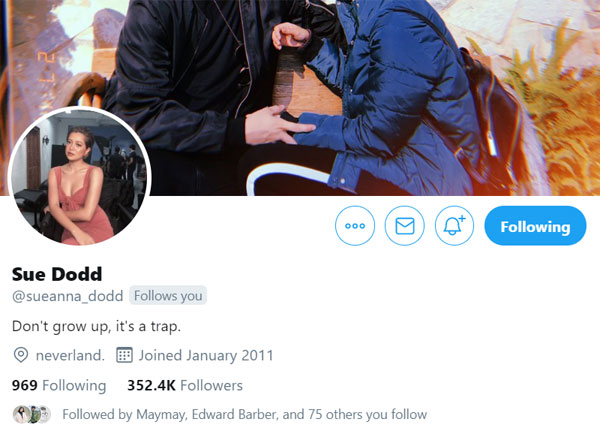 Other local celebrities with verified Twitter accounts seem to be following Sue's poser as well.

As for Justin, the world-renowned singer recently made headlines following his big wedding celebration with Hailey Baldwin on September 30.

The couple first wed in a civil ceremony in New York on September 13, 2018.